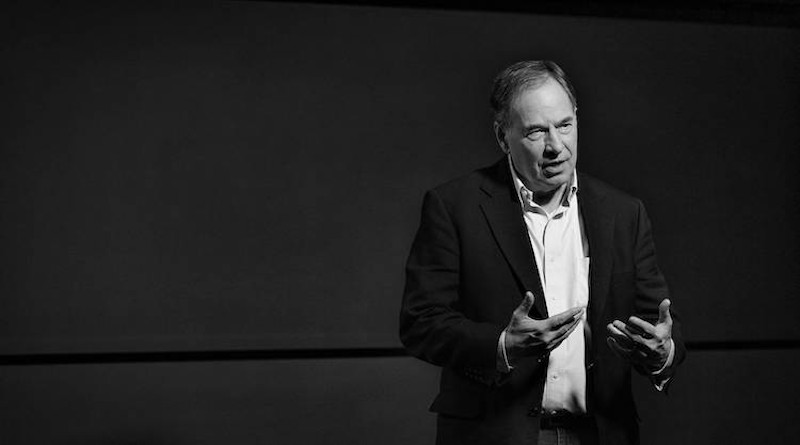 Bruce Blair, one of the great unsung heroes of the nuclear bomb age, died on July 19 at the age of 72. In his twenties he had been an intercontinental nuclear rocket launch officer, spending his days or nights deep down in a below-ground bunker waiting for the signal to fire and obliterate the cities and their people, the workers of all classes, pensioners and the totally innocent children of western Russia.

The New York Times said in its obituary that “he sounded alarms about how easy it is to start a nuclear attack and about the lack of safeguards. A leading voice for nuclear arms control, he pushed for countries to adopt a no-first-use policy”.

He was stationed near Malmstrom Air Force Base in Montana, responsible for 50 Minuteman intercontinental ballistic missiles- each armed with a nuclear warhead 100 times more powerful than the atomic bomb that demolished Hiroshima in 1945. The experience “illuminated for me the speed at which this process unfolds and how there’s really no latitude to question an order,” he told Princeton Alumni Weekly in 2018.

In all the hoopla over the coronavirus there have been only very rare, if any, observations in Congress or the media that it is President Donald Trump who has his finger on the button during these troubled and politically unsettling times, a man clearly unstable, mercurial and volatile.

The American public appears to be blind to the Armageddon that could happen through either an accidental launch or a president’s folly. Theoretically and legally neither Congress nor the military can stop the president giving the order to fire, although it’s hard to imagine that the military don’t have secret contingency plans to interrupt the command of a mentally disturbed president.

There is only approximately five minutes for a president to act on being told there are incoming missiles and 12 minutes between an order to attack and the irreversible launching of nuclear missiles. Blair sought to find a way to buy time in the split-second decision-making needed in response to a potential threat.

In 1977, for example, he persuaded the Air Force to reprogram the “unlock codes” that supposedly safeguard Minuteman missiles. All the locks had been set at “00000000” to make it easier for crews to remember. How crazy this was, enabling a crew of malevolent or unstable missile launch officers to fire the rockets without an order. He advocated that warheads be separated from missiles.

Blair was not an outsider, a marcher or sitter-downer. He worked and advocated within the establishment, but in his own independent way. He directed a review of the military’s nuclear command for the Congressional Office of Technology Assessment from 1982 to 1985. He was a senior fellow in foreign policy studies from 1987 to 2000 at the Brookings Institution that is staffed with foreign policy and nuclear experts, many of whom have served at the highest levels in government.

He feared the Soviet system of controls and safeguards was even weaker than America’s. In an article in The New York Times in 1993 he warned of a Soviet doomsday system that could automatically launch a nuclear counterattack even if Moscow’s military command were wiped out. On another occasion, interviewed for the PBS TV program “Frontline,” he said, “We need to recognize that the primary challenge that we face today is not deterrence but a failure of control, particularly in Russia.”

Three years ago he wrote, again in The New York Times, warning that it was possible for outside hackers to seize control of American missile systems.

A small group of experts, critics of American nuclear policy, including Blair, and also some high up ex-military men, did have some effect in pushing through stabilizing reforms including more resilient command and control systems, and a de-emphasis on nuclear systems that created the most severe risks of crisis instability.

Michael  O’Hanlon, a senior fellow at Brookings, pays tribute to Blair on the Brookings Institution’s website describing him as a man who “felt the weight of the world on his shoulders.” He was, O’Hanlon wrote, “at times almost melancholy, given the enormity of the problems he was wrestling with, and how seriously he took his responsibilities for trying to help save humanity from itself.”

Blair’s seminal work “Strategic Command and Control: Redefining the Nuclear Threat,” was among the small handful of most important books ever published by Brookings in foreign policy studies. By deducing all the things that could go wrong when potentially flawed and fragile electronics systems were juxtaposed with even more flawed human operators and organizations, he demonstrated convincingly that the threat of accidental nuclear war was substantially greater than many appreciated or wanted to believe.

0’Hanlon also wrote how, “Later in life, Blair contributed enormously to the Global Zero nuclear disarmament movement, because he felt, in Martin Luther King’s words, ‘the fierce urgency of now’. He thought that if his generation did not do more to reduce nuclear dangers, then subsequent generations might never survive to have the chance to do so themselves. There was an impatience about that movement, and about some of Bruce’s other ideas, that sometimes conflicted with what was realistically attainable in the contemporary world.

But Bruce, though living in Washington for many years, was never really a creature of Washington, content just to take incremental steps when facing monumental challenges. He thought big, and he wanted to solve problems – or, at least, what he saw as the biggest problem of all, the potential for mankind to destroy itself in a nuclear apocalypse.”