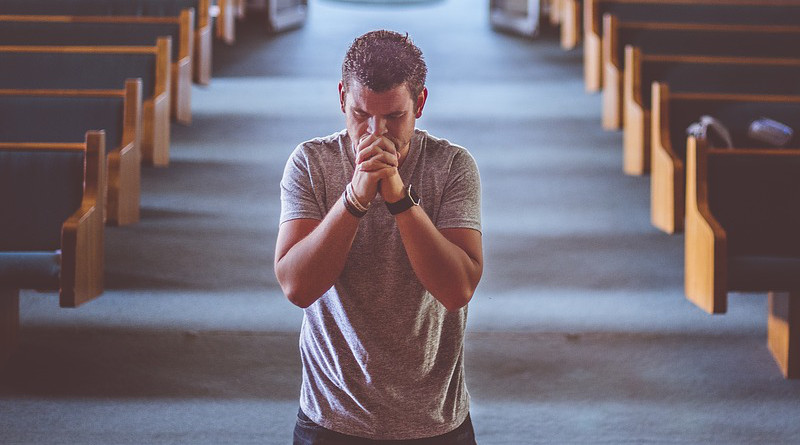 It is now considered a truth of the highest order that the United States is irredeemably racist. This has been the steady drumbeat of reporters and commentators for months on end. The villains, of course, are white people. However, thanks to Robert P. Jones, we can rest assured knowing white Christians are the real devil.

Jones has a problem with white people, especially white Christians. This is so notwithstanding the fact that he is both white and Christian. I erred: Let me take back the word “notwithstanding.” It would be more accurate to say, “owing to the fact.”

Jones, who is the CEO and founder of Public Religion Research Institute (PRRI), is not alone. It has become fashionable these days for white liberals to partake in public mea culpa exercises. These mass confessionals are designed to purge the mind and soul of any vestige of white guilt and white privilege. In the case of Jones, he has assumed a different posture. He has decided to put himself on a moral perch. Sitting high above the deplorables, he delights in chastising white Christians for inventing and sustaining racism.

A few years ago, Jones published The End of White Christian America. Fortunately for him, he was wrong: the bad guys are still around. I say “fortunately” because the stubbornness of white Christians not to fold has allowed him to roll out his new book, White Too Long: The Legacy of White Supremacy in American Christianity.

Just in time for his new book, Jones has a piece posted on the nbcnews website titled, “Racism Among White Christians Is Higher Than Among The Nonreligious. That’s no coincidence.” Is this true? No it is not. So how does he come to this conclusion? He does so on the basis of his “Racism Index,” a politically contrived measure predetermined to elicit the desired response.

This is an old game. Jones has a Ph.D. in religion; mine is in sociology. His lack of training in the social sciences is painfully obvious. His made-up scale, what he calls his “Racism Index,” is anything but scientific. To say that his formula is tendentious would be a gross understatement.

Jones cites research conducted by PRRI that convinces him that white Christians (evangelical Protestants, mainline Protestants and Catholics) “are nearly twice as likely as religiously unaffiliated whites to say the killings of Black men by police are isolated incidents rather than a pattern of how police treat African Americans.”

Regrettably for Jones, the white Christians are right.

Michael Tonry, a researcher whom no one would consider a conservative, came to a surprising conclusion in his book Malign Neglect. “Racial differences in patterns of offending, not racial bias by police and other officials, are the principal reason that such greater proportions of blacks than whites are arrested, prosecuted, convicted, and imprisoned.”

Robert Sampson and Janet Lauritsen, who have sterling liberal credentials, found that “large racial differences in criminal offending,” not racism, explained why more blacks were in prison proportionately than whites for longer terms.

In 2016, Harvard professor Roland G. Fryer Jr. led a team of researchers to study this issue. They examined more than 1,000 police shootings in 10 major police departments in three states. “On the most extreme use of force—officer-involved shootings—we find no racial differences in either the raw data or when contextual factors are taken into account.” The black economist admitted, “It is the most surprising result of my career.”

In other words, the white Christians came to the right conclusion and the unaffiliated were wrong in their understanding of the way the police interact with blacks.

Here’s another one of the measures used by Jones to indict white Christians. “Generations of slavery and discrimination have created conditions that make it difficult for Blacks to work their way out of the lower class.” White Christians were more likely to disagree with this statement than the unaffiliated. This is considered to be further proof of their inherent racism.

The problem with this position—blaming slavery and discrimination for the existence of a large black lower class—is that it does not explain why, as far back as 1965, half of blacks in the United States had already made their way to the middle class. Those stuck at the bottom could not logically be explained by referencing slavery and discrimination when, in fact, the 1960s saw an explosion in civil rights legislation. Something else was going on.

That something else was the creation of the welfare state and the crackup of the black family. Dependency did more to harm blacks from becoming upwardly mobile than Jim Crow laws ever did. The refusal of white liberals to acknowledge this verity is alarming.

Why the reluctance to state the obvious? That’s easy. White liberals are the ones who crafted the welfare laws and lobbied hard to get blacks on the welfare rolls.

The raw truth is that white liberals, not white Christians, are responsible for the white-black divide. As Thomas Sowell points out in his new book, white liberals have resisted every school choice initiative, including charter schools.

Yet it is precisely in charter schools and Catholic schools where lower-class blacks have found a lever to ascend to the middle class. Similarly, the sight of white liberals, who live in tony neighborhoods, leading the charge to defund the police, is nauseating. This is the kind of effort we might expect from the Ku Klux Klan.

Blaming white Christians for the problems of black Americans is not only unsupported by the empirical evidence, it is a dodge. It is white liberals who have worked overtime to keep blacks down. They need to get out of the street, repent, and undo the damage they have done.

One thought on “The Scourge Of White Liberal Racism – OpEd”