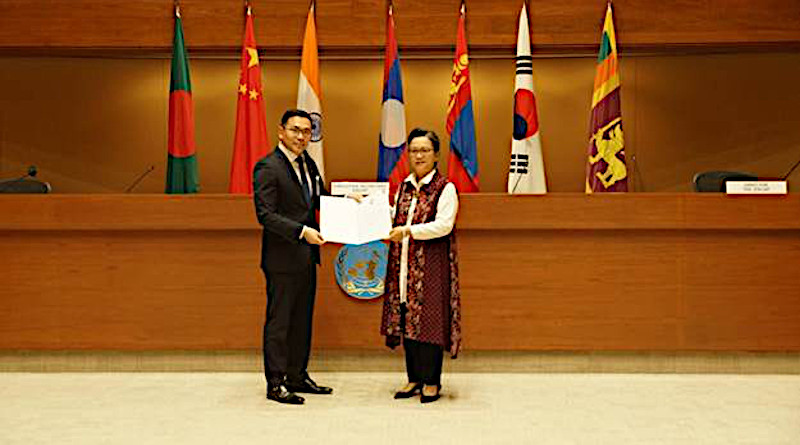 After a long journey of more than a decade, Mongolia formally acceded to the Asia-Pacific Trade Agreement (APTA) on Tuesoday. APTA represents the first regional trade agreement of Mongolia with developing countries.

Participation in APTA will enable Mongolia to enjoy reduced tariff barriers as well as enhance its market access to South, South-West and South East Asia as well as to China, the country’s biggest trading partner. It also provides Mongolia an opportunity to upgrade its capacity in trade negotiation and development and enhanced preparation for future negotiations with other trading partners in regional trade agreements.

“This is the first expansion of APTA since China’s accession in 2001. It is an important milestone in the progress of APTA towards becoming a contemporary regional agreement. Simple and smooth implementation of APTA trade preferences demonstrates its members’ commitment towards utilizing trade for sustainable development. As the secretariat of APTA, ESCAP will continue its support service for the expansion of its membership and scope,” said United Nations Under-Secretary-General and Executive Secretary of ESCAP Ms. Armida Salsiah Alisjahbana.

“With its accession to the Asia-Pacific Trade Agreement, Mongolia believes that this will help the country to further expand its trade and economic cooperation with the member nations, contribute to diversification of its economy as well as more active involvement in regional integration processes,” said H.E. Mr. Tumur Amarsanaa, Ambassador of Mongolia to the Kingdom of Thailand.

Established in 1975 under the United Nations Economic and Social Commission for Asia and the Pacific (ESCAP), APTA is one of Asia’s oldest regional trade agreements. By depositing the instrument of accession, Mongolia will become the seventh member of the Agreement, which includes China and five original members: Bangladesh, India, the Lao People’s Democratic Republic, the Republic of Korea and Sri Lanka.

APTA aims to promote the economic development of its members through the adoption of mutually beneficial trade liberalization measures that contribute to regional trade expansion and economic cooperation. Currently, the Agreement is under its fifth round of negotiations to widen tariff preferences in trade in goods and expand areas of liberalisation in investment, services trade, and trade facilitation. It is also continuously working on improving and modernizing its Rules of origin for trade in goods.

Initiatives like APTA pave the way for greater economic integration and development among the region’s landlocked developing countries (LLDCs). This heterogenous group of countries that vary significantly in economic size, population size and geographic features face deep structural impediments in their pursuit of sustainable development.

Moving forward, ESCAP will organize a hybrid workshop in Mongolia on 12 October to support smooth implementation of APTA. During the workshop, the overview and details of APTA will be presented with member countries sharing experiences and opportunities.