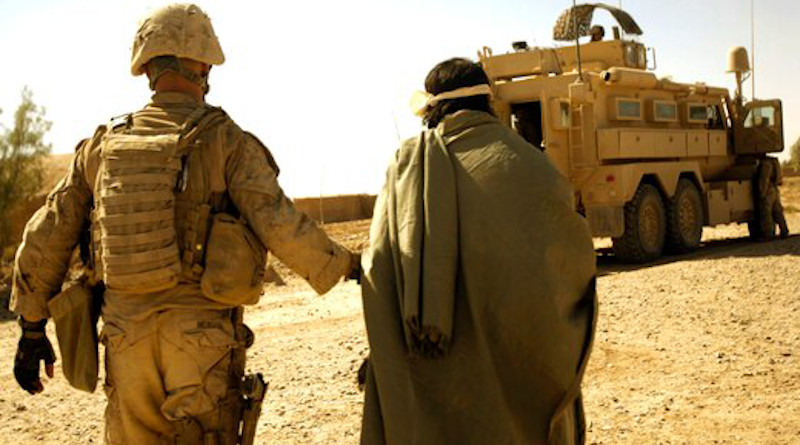 The long 19-year war in Afghanistan has been costly, both in human and financial terms. Since the United Nations began tracking Afghan casualties in 2009, more than 100,000 Afghans have been killed. U.S. military casualties stand at 2,448 with 20,722 wounded in action. In the first half of 2020, the UN has recorded 3,500 conflict-related civilian casualties, including 1,300 deaths. The United States has spent over $2 trillion in Afghanistan since 2001. However, “intra-Afghan” peace talks have begun in Doha, Qatar that have the potential to bring the conflict to a close. In general, peace talks can only succeed if the process is institutionalized in a fashion that gives it legitimacy and a structured framework to monitor progress. A condition of the US-Taliban-negotiated agreement back in February, these talks still represent a significant achievement. Nevertheless, there are a number of political roadblocks to overcome—as well as fresh opportunities for Afghans and external actors.

It is a sense of minutiae and an awkward transition from a constant state of war that holds back talks in Doha. First, while Afghanistan is home to a majority of Sunni Muslims, the Hanafi school of Islamic jurisprudence (madhhab) remains a source of contention. Afghanistan is a fragile mixture of ethnicities from Shia Muslims; it is also home to decreasing numbers of Hindu and Sikh minorities, who fear being marginalized if a Sunni interpretation becomes the primary form of dispute resolution. While both the Taliban and the Afghan government follow the Hanafi school, the Shia Muslims, which represent about 15 percent of the population, also have their own schools of jurisprudence. Each has their own interpretations of Sharia law that are different, and these can affect important human rights issues such as the degree of freedom for women and girls, freedom of speech, and criminal justice. Afghan President Ashraf Ghani also sees the interpretations of the teachings of Abu Hanifa differently. In 2019, Ghani called on the Taliban to respect his teachings and abandon violence.

The fact that the two sides have begun a long negotiation process is a significant development by itself, the product of slow developments and a requirement of the February 2020 agreement signed between the United States and the Taliban, headed by U.S. Special Representative Zalmay Khalilzad. Other conditions of that deal involved a prisoner exchange, the withdrawal of American troops and the Taliban breaking ties with other insurgent groups like Al-Qaeda. Previously, the Taliban viewed the Ghani government as a puppet of the United States and the West.

The Doha talks were originally scheduled for March, but Taliban attacks on Afghan forces proved an obstacle. Missteps over prisoner exchanges also complicated matters. The Afghan government refused to release the last 320 Taliban prisoners unless accompanied by a release of Afghan prisoners, which delayed the process. And external actors, namely the United States, continue to worry that the Taliban have not followed the steps outlined in the February agreement, such as distancing themselves from other extremist groups and reducing their attacks on Afghan forces. American forces are supposed to drawdown within 135 days of the agreement. Troop levels have been reduced to just 8,600 and President Trump is expected to reduce that number further before November. Among American and Afghan anxieties is the return of freed Taliban to the battlefield. A report from the Afghan Peace Dialogue Project at Queen’s University in Belfast noted that 68 percent of 108 former Taliban prisoners have “resumed active roles in the conflict, or are in Taliban groups intent on resuming fighting, or are occupying military or political positions which are fundamentally linked to the Taliban war effort.” A minority have halted their return due to family opposition or a desire to return to civilian life. A reduction in violence has proven difficult, as the Taliban have started over 350 operations in different regions of Afghanistan, resulting in the deaths of 20 civilians as well as more than 80 wounded. Other issues have critics concerned, such as the potential influence of the Taliban in a new system of Afghan governance, the $500 million in Taliban funding that comes from the drug trade, and Pakistan’s perceived influence over insurgent groups—although that has ebbed in recent years.

The Doha talks have yet to offer substantive clues as to what the Taliban want out of the process. In years past, the Taliban have fought for the restoration of an Islamic emirate that ran Afghanistan from 1996-2001. What is certain is that in order to reach a stable peace, the Afghan government will need to concede some aspects of governance, giving it a role to play in whatever new system is implemented. Questions still remain about the Taliban’s view of the Ghani-led government and its Khalilzad-brokered Constitution, which they have repeatedly denounced amid continued U.S. support.

Peace negotiations often fail due to the hardening of positions. For example, the Taliban have advocated for a centralized system of government with a single sovereign leader acting under the guise of Sharia law; however, they have recently made concessions that loosen this “monopoly on power” with an aim on coexisting with Afghan institutions.

The Taliban’s cooperation with other jihadist groups also threatens the peace process. When the U.S. proposed an initial timeline for troop reductions over a period of years, the Taliban responded quickly with a timeframe of months. While the Americans made concessions there, the Taliban has been cautious in disavowing al-Qaeda or the Islamic State-Khorasan Province (ISKP). Again the Taliban’s insistence paid off, only agreeing to prevent actors from using “the soil of Afghanistan” to undermine peace in Afghanistan.

Regional actors such as China, Pakistan, and India all have a role to play, although they are not officially part of this Afghan-only process. Current geopolitical tensions among the three actors render difficult scenarios. Security and economic carrots have been dangled in front of both the Afghan government and the Taliban. Both Pakistan and China have discussed regional security in anticipation of a U.S. withdrawal, partly out of pragmatism. China continues to crackdown on its Uighur Muslim community in Xinjiang Province, but worries about insurgent groups creating bases in Afghanistan. China’s pragmatism led them to offer highway networks in Afghanistan to facilitate the reduction of violence.  China is also interested in Afghanistan’s untapped mineral wealth, and has offered to expand the China-Pakistan Economic Corridor (CPEC). China is the third biggest investor in Afghanistan behind Pakistan and Iran, but infrastructure development and access to cheap Chinese credit could prove valuable to Afghanistan and profitable for Beijing.

Pakistan’s interests in Afghanistan are compounded by its checkered, but improved relationship with the United States and the grim reality that the Americans are withdrawing troops. In anticipation, Pakistani Foreign Minister Shah Mehmood Qureshi met with a Taliban delegation in August in hopes of encouraging the stalled peace talks. The economic situation in Pakistan remains precarious, despite an IMF bailout, but Islamabad is using its new foreign policy credibility to mediate in conflicts, such as between Iran and Saudi Arabia, and now in Afghanistan. Pakistan can hardly afford economic shocks in Afghanistan, and it cannot afford a government in Kabul unfriendly to its interests–despite its rocky relationships with recent Afghan governments. A new regime with the Taliban having greater input could be more favorable.

Finally, India’s diplomacy has always been rooted in its contributions to Kabul, from supporting the training of Afghan security forces under the India-Afghanistan Strategic Partnership Agreement of 2011, to its wider support for governance initiatives, infrastructure development, capacity building, and ICT. The stakes however have changed for India, which seems to benefit the most from the status quo.  Karzai often used anti-American rhetoric, whereas Ghani has moved closer to the United States. India also bases some of its unilateral actions in the Kashmir region in anticipation of impending change in the status quo. The links between New Delhi and Kabul are not simply bilateral, but with an eye on Pakistan and China. India worries that the peace process will favor Pakistan and the increased influence that the Taliban will likely have in Kabul. While India has gained favor in Washington through billions of dollars in Afghan investments, the return of the Taliban would adversely affect its interests, including the widening of the Chinese Belt and Road Initiative (BRI) via an expanded CPEC.

For Afghanistan, the Doha talks are just the beginning of the peace process, which will undoubtedly experience periodic turbulence and discord. At this stage of the process, there are too many unanswered questions: How will Afghanistan bring about a lasting cease fire? How will former Taliban and other combatants reenter civilian life? Some clues can be found in a United Nations Development Programme (UNDP) project. Will Afghanistan’s government remain committed to democracy under greater Taliban influence? What lies ahead for Afghanistan’s women and girls? How does Afghanistan begin to reconcile these long years of internal conflict and what would that process look like? This is the just beginning of a long and painful process of peacemaking and peacebuilding. What’s important at this stage is to keep the talks active and proceeding in good faith.