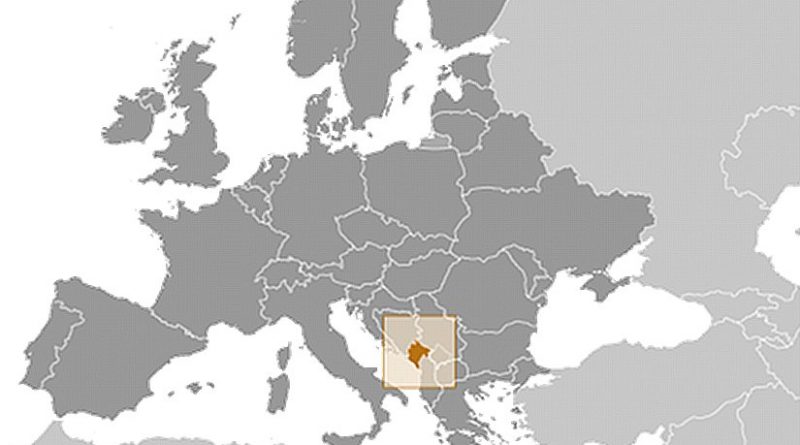 Concerns have been raised by Montenegro’s civil sector, the opposition and security experts about the deteriorating security situation in the country after several towns were hit by bomb blasts over the past few months.

Last weekend, police reported four powerful explosions in a residential part of the capital Podgorica and in the towns of Bar and Cetinje, which caused no injuries but alarmed locals and caused significant damage.

Security expert and former member of the country’s parliamentary security committee, Zoran Miljanic, warned that the security situation was getting worse and it was only matter of time before innocent people would be injured or killed.

Miljanic told BIRN that in most cases, clashes between rival drug gangs were behind the bomb attacks across the country, but he said believes that some cases have a deeper political background, alleging links between organised crime groups and parts of the security sector.

Local media reported on Monday that property owned by the company Bemax, which has been rumoured to be linked to a former minister, was targeted in the explosion in Podgorica on Saturday.

A cafe in Podgorica owned by the same company, which has regularly hosted Djukanovic and top state officials as guests, was destroyed in another bomb attack last summer. No suspects have been named or arrested so far.

In the latest attack in the coastal town of Bar on Sunday, a blast has destroyed the gravestones of alleged members of a drug gang who were killed last year, which according to experts points to a showdown between criminal gangs.

This was the second attack on the same cemetery in the past few months. In June, a bomb was set off at the grave of Luka Djurovic, who was killed in 2013, and was identified by Montenegrin police as a drug gang kingpin in Bar.

In 2015, a car bomb was set off in front of the home of the police chief in Bar, Milos Radulovic. a few months later, a blast destroyed part of the family home of top intelligence officer Dusko Gulubovic in Podgorica.

A few months later, a blast destroyed part of the family home of top intelligence officer Dusko Gulubovic in Podgorica.

As in the previous explosions, police have never released any information about that attack and no suspects have been arrested.

Miljanic recalled the situation in the Montenegrin resort of Kotor at the beginning of the year, when it was hit by severe violence related to clashes between drug clans.

Five people have been killed since early 2015 in apparent clashes between the rival Skaljari and Kavac clans, named after neighbourhoods in Kotor, and a bomb blast killed two alleged members of drug gangs in September.

The opposition and the NGO sector has warned for years about what they claim is the police and prosecution’s inadequate response in Kotor, alleging that criminal groups have their own people in security institutions in Montenegro.

Miljanic suggested that such allegations were confirmed in Kotor after the arrest in September of a senior police officer who is suspected of revealing confidential information to drug gangs.

“This is yet more proof that Montenegro’s security services are not free of members with dubious pasts. During the last two decades, the security services even hired people from Interpol warrants,” Miljanic said.

The opposition also believes that the current political crisis in the country is contributing to the increase in violence, and has warned that the drug cartel clashes threaten people’s safety and the country’s stability.

One of the leaders of the main opposition Democratic Front, Nebojsa Medojevic, said that after long-serving Prime Minister Milo Djukanovic gave way to his successor, Dusko Markovic, a former intelligence chief, the established balance of power could collapse as different groups struggle for influence.

“Two bomb attacks in Podgorica and one Bar in less than a day, that was the announcement of the chaos into which Montenegro could enter under the leadership of the ruling Democratic Party of Socialists,” said Medojevic.

He insisted that the source of all problems with organised crime in Montenegro was at “the political level”.
– See more at: http://www.balkaninsight.com/en/article/serious-of-blasts-threaten-montenegro-s-security-11-28-2016#sthash.eGQtKXzX.dpuf