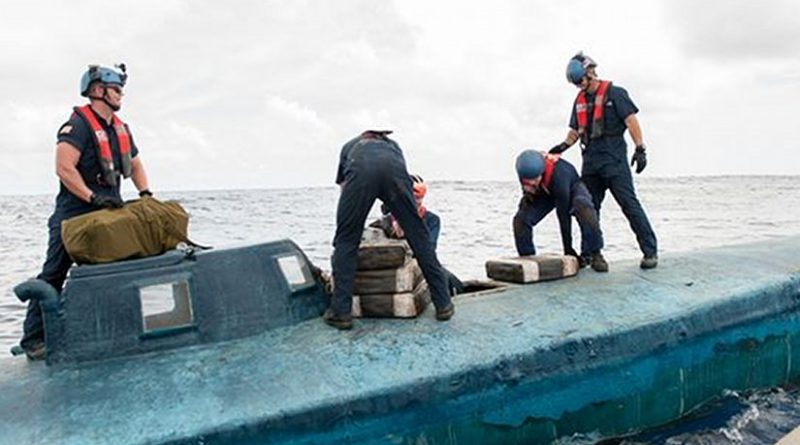 A US Coast Guard Cutter Stratton boarding team seizes cocaine bales from a self-propelled semi-submersible interdicted in international waters off the coast of Central America. The Coast Guard recovered more than 6 tons of cocaine from the 40-foot vessel. (Photo: MC2 LaNola Stone/Coast Guard)

If you heard mention of people being shackled on the deck of a ship out in the ocean for weeks or months exposed to the elements and with only a bucket for a bathroom, you might assume the full story is about the cruel actions of pirates or slave traders from centuries past.

However, as reporter Seth Freed Wessler recounts, the United States Coast Guard routinely subjects individuals alleged to be involved in the transport of cocaine between South America and Central America to such conditions.

Wessler provides more details in an interview transcript posted Tuesday at USA Today, including the preposterous claims of the Coast Guard that the extended depraved treatment is required due to “logistical challenges” and is acceptable because the shackled individuals “are not formally under arrest until they get to the United States.”

And after the accused individuals arrive in America, their torment continues when they face years in US prison all due to actions they are accused of taking hundreds or thousands of miles from America.