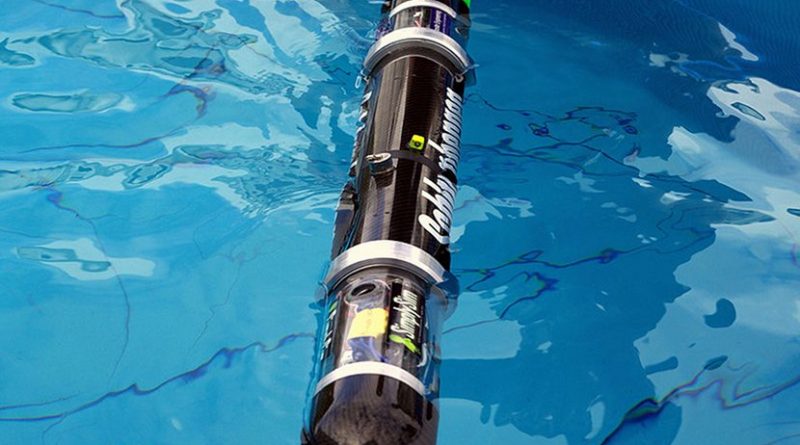 In a 21st century conflict between roughly equal powers, the country with the superior military technology will have the edge.  Their militaries are increasingly confronting each other in the South China Sea and a clash there leading to a wider conflict is possible. As the two race to gain the maritime technological edge, their advances in the use of drones as instruments of war are outpacing existing international norms and law. This in turn complicates their military interactions and relations.

Their military to military relationship has already been strained by a series of incidents involving US challenges to China’s jurisdictional and sovereignty claims in the South China Sea, as well as by China’s challenges to US intelligence, surveillance and reconnaissance (ISR ) vessels and aircraft.  China considers these challenges and probes to be threatening to its security. Indeed, the U.S. and China have had 18 ‘unsafe’ or ‘unprofessional’ encounters with Chinese military assets in the Western Pacific since 2016.

Now the U.S. is quickly transitioning to the use of drones for ISR – – unmanned aerial vehicles (UAVs), unmanned surface vehicles (USVs), and unmanned underwater vehicles (UUVs).  Some are weaponized and can launch missiles and torpedoes and lay mines.  Indeed the U.S. is deploying “new undersea drones in multiple sizes and diverse payloads that can, importantly, operate in shallow water where manned submersibles cannot”.

https://www.scmp.com/comment/insight-opinion/article/1939529/how-underwater-drones-are-threatening-escalate-south-china Many seem designed and destined to operate in foreign air and sea space without authorization, i. e., in, over and under EEZs, archipelagic waters and even territorial seas.

China is trying to catch up and has made dramatic progress in recent years.  Advances are most evident in UAVs, but Beijing is also accelerating its development of UUVs and USVs.  This effort is at least partially attributable to their utility in its ‘near seas’ that it considers critical to its defense and security..

China’s use of drones in the East China Sea has already raised political hackles. In response to China’s intended deployment of a  UAV there, then Japanese Defense Minister Itsunori Onodera announced that Japan would “consider shooting down drones that enter Japanese airspace,” significantly raising the prospects of escalation. https://www.japantimes.co.jp/news/2013/10/20/national/politics-diplomacy/japan-to-shoot-down-foreign-drones-that-invade-its-airspace/#.W-jQmNVKj3g Soon after, Japanese Prime Minister Shinzo Abe approved a plan for the Japan Self-Defense Forces to “engage drones intruding into the country’s airspace.” In response to Abe’s remarks, the Chinese Ministry of National Defense spokesperson stated that shooting down a Chinese UAV would constitute an “act of war”.  https://www.bbc.com/news/world-asia-25050493

China is also developing a new family of UUVs.  Their physical shape and qualities may cause enemy sensors to interpret it is a fish.

and it is thus expected to have extraordinary survivability on the battlefield.  It could be particularly useful for mapping adversary minefields and laying down anti-submarine warfare networks as well as covertly penetrating heavily defended enemy ports and naval bases.   The U.S. Navy is also performing research on similar bio-mimicking underwater vehicles and may be a few years ahead in their development.

The gathering of ocean data for military purposes is important because sonars are seriously impacted by oceanographic factors such as temperature, salinity and depth.  For decades, military and civilian satellites and high flying spy planes have collected such data in others EEZs without the permission – and sometimes even the knowledge – required by the 1982 UNCLOS.  Now there is a whole new array of drones doing so. The sea glider is just one example. It is a small, energy efficient unmanned underwater vessel.  It uses a new form of propulsion that changes the vehicle’s buoyancy and allows it to ascend and descend as a means of moving forward.  These vessels have extremely low energy demand which enables both their endurance and their stealth due to an absence of noise-producing engines. This also makes them ideal for ISR missions.

Such advances in military technology will generate political issues particularly between competing major maritime powers like the U.S. and China.  Then U.S. Chief of Naval Operations Admiral Gary Roughhead  forecast that ” [the pursuit of unmanned systems] is  going to be important politically, because ­_ _ the future will be one where the sensitivities of sovereignty, a nation’s claim to control its own land,  – – may not always be guaranteed as we have become used to over these past years”.  https://www.brookings.edu/events/unmanning-the-helm-the-future-of-unmanned-naval-technologies/

Particularly relevant are active signals intelligence (SIGNINT) activities that are deliberately provocative and intended to generate responses that can be observed and, if necessary, disrupted.  Other SIGINT activities can intercept naval radar and emitters, enabling them to locate, identify and track (and thus plan electronic or missile attacks against) surface ships and submarines.  Still others may interfere with communication and computer systems.  These activities would involve far greater interference with the communication and defense systems of the targeted coastal state then traditional passive intelligence gathering activities conducted from outside national territory.

According to UNCLOS Article 32, sovereign immunity depends on whether a particular asset, presumably including unmanned autonomous vehicles, is a “warship or a government ship operated for non- commercial purposes.”  But these terms are not defined in UNCLOS leaving a grey area of contention over their classification.

.    If a ship deploys a drone in the vicinity of another vessel in an EEZ, did it violating the UNCLOS duty to exercise “due regard” for the rights of other states in its EEZ as well as those of freedom of navigation on the “high seas” e.g., the duty not to present a hazard to navigation?

In sum, the activities of drones are a legal “grey area” and currently beyond international regulation and control. However, the scale and scope of maritime and airborne drone activities are expanding rapidly involving levels and sorts of activities quite unprecedented in peacetime.  They are not only becoming more intensive; they are becoming generally more intrusive and in some instances may even be considered a prelude to an impending attack and thus a threat of use of force. Continued intrusive probes using drones are likely to generate frustration and resentment that may result in the forcible halting of such ‘intrusions’ when and if detected. Their mushrooming use will produce defensive reactions and escalatory dynamics, and lead to less stability in the most affected regions, especially in Asia.   Moreover, drones and attacks thereon will increasingly become tools in coercive diplomacy enabling rivals to send a strong signal without directly targeting their human opponents. The U.S. and China should try to get ahead of the curve and negotiate voluntary guidelines for the use of drones in waters under foreign jurisdiction.

This piece first appeared in the IPP Review. http://ippreview.com/index.php/Blog/single/id/839.html