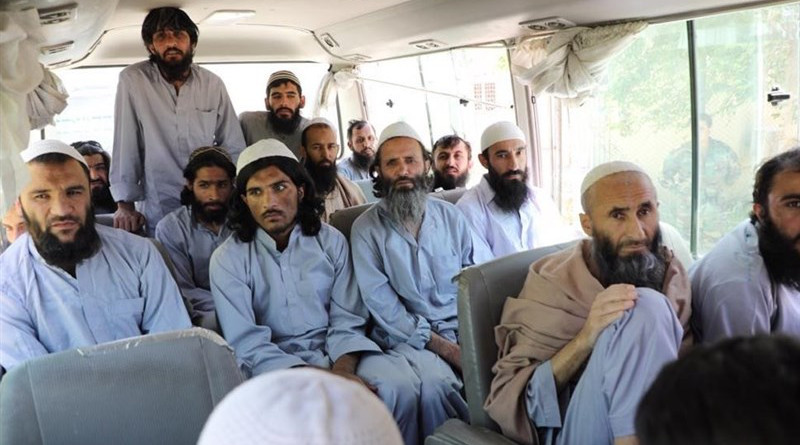 Nearly one year after President Ashraf Ghani’s second term in office, half of his cabinet is yet to get confirmation of the lower house of parliament, and the peace process halfway in the middle is stalled with almost no prospects on the horizon. Besides all this, the High Council for National Reconciliation of Afghanistan which is led by President Ghani’s 2019 Presidential runner-up Abdullah Abdullah is not fully formed. Though, the Council has its chairman and deputies but no members.

It is not clear what is going to happen to Mr. Abdullah and his team if the Doha talks collapse. Even though, he was hoping to be in the political scene for some time with the talks moving forward in Doha, Qatar.

For about two years, US diplomat Zalmay Khalilzad tried his best to bring up the Taliban and the Afghans on the negotiating table to ink a peace deal that could possibly put a full stop to the four decades-long war. But it sounds like the work needs a fresh start as the new administration is assuming power in the United States.

On November 21, US Secretary of State, Mike Pompeo traveled to Doha to meet with Qatari state officials who host the Afghan peace talks, the Taliban and Afghan government representatives. Pompeo met the Taliban and Afghan delegates separately, but it sounds like there hasn’t been any development in the talks since September.

With less than two months left to his presidency, Donald J. Trump the outgoing US president is set to speed up the withdrawal of US forces from Afghanistan and Iraq. With this, Mr. Trump is likely signaling to his supporters and the American public that he is sticking to his election promises anyway. Although, it is hard to believe he could accomplish much before his term ends on January 20th, 2021.

In one way, all this could reveal to us that America is leaving Afghanistan no matter what and it leaves as with many questions unanswered. The Afghan army now at the threshold of the war against the Taliban and other terror groups, lacks the US air support it needs which is deeply demoralizing the forces on the battlefield.

In the United States, there is a difference of opinion on whether to support a full troop withdrawal from Afghanistan or leave a small number after May 2021. Some officials and militarists inside the US government believe a full withdrawal of troops would serve no goal but would rather encourage the Taliban and ISIS to speed up their assault against the Afghan government and overthrow it. Others believe the war in Afghanistan did not serve the US interests in any way and should be ended now rather than late.

Understandably, the new administration which is going to assume power in the US will need some time until they find the right people to form new policies for the Afghan war and perhaps carry on with the talks that already began to end America’s longest war. President-elect Biden is not expected to fully reverse the troop withdrawal plan from Afghanistan, but will likely support the idea to remain a counter-terrorism force which can fight terrorist groups like Al Qaeda.

Currently, there are believed to be 4500 US troops in Afghanistan half of it is scheduled to leave the country before Donald Trump leaves office on January 2021.

Almost no military strategists and generals who opposed the complete troop withdrawal could stand against the policy makers in Washington to reconsider their plan of troop withdrawal from Afghanistan.

McChrystal had warned that a “failure to gain initiative and reverse insurgent momentum” in the next 12 months “risks an outcome where defeating the insurgency is no longer possible.” What he had said resonates now with the Taliban shown nearly invincible in the eyes of the world.

The current government in Kabul is riddled with infighting, rivalries, and monopolistic politicking. President Ghani is said to have been surrounded by a group of people who only care about their interests, which is proven to be highly dangerous.

Security has deteriorated all over the country, the graph of domestic crime has spiked in Kabul and other major cities. Above all, the Taliban ramped up their attacks against the ANSF, increased bombings, and their attacks which is taking a toll on the civilians.

On Sunday, for instance, 34 people were killed in two separate suicide attacks. In one of which, 31 soldiers were killed and 24 wounded when a suicide truck bomb penetrated a military battalion base in eastern Ghazni province.

On November 21, 23 missiles were fired from the back of a truck in Kabul city landing at blind targets which according to security officials killed at least five people and wounded dozens.

A twin bomb killed 18 people and wounded 60 others in Bamiyan’s capital last week according to provincial officials. It was the first attack in the safest corner of the country which had never seen violence of this kind in the past 19 years.

Pakistan’s government is very hopeful about Joe Biden’s presidency in the US. They can possibly work out a good deal on how to end the war in Afghanistan which according to them would be in their national interest.

Pakistani Prime Minister Imran Khan visited Kabul this month to discuss security and peace with President Ghani. Withdrawal of the US and NATO forces from Afghanistan was likely on the table. In his visit to Kabul, Prime Minister Khan reassured the Afghan leaders of his country’s full compliance regarding the restoration of enduring peace in Afghanistan. As life moves on, only time can unveil how honest he would be towards fulfilling his promises on peace.

On the other hand, India is aiming to shape a new policy towards Afghanistan and likely won’t wait to get marginalized by the US-Pak policies which may harm its interests in Afghanistan after the US ends its military presence.

The Taliban likely, won’t concede to anything until the last moment hoping to out-time the US and NATO and gain power by force. On contrary, the Afghan government is not inclined to share political power with them no matter what. The two sides are seemingly playing the ‘Game of Chicken’ over a turf war. In between no one else but the people of Afghanistan is ultimately paying the highest price.

*Jawad Sukhanyar is an Afghan journalist who reported in Afghanistan for many years including for The New York Times. He has a BA in Political Science from Goa University and an MA (MPS) from Indira Gandhi National Open University. Jawad was a Knight Wallace Fellow at the University of Michigan in its class of 2019.

Home » With US Leaving, Afghan Government Not Inclined To Doha Talks, Who Is Paying Price For Taliban Return? – OpEd