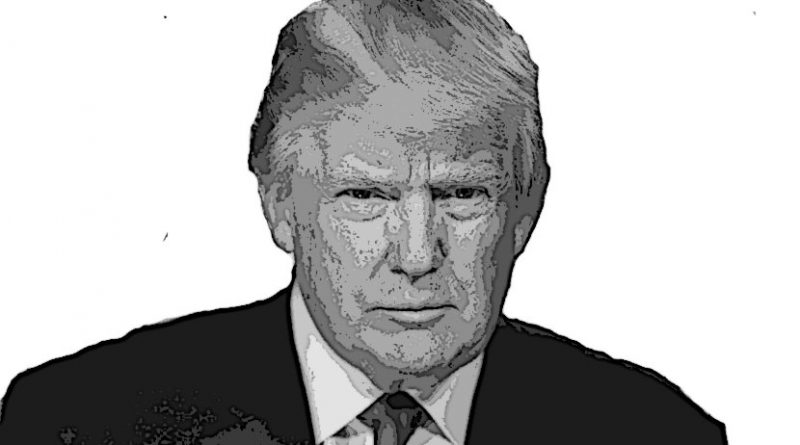 Questions surrounding U.S. President Donald Trump’s mental health have become commonplace, alongside speculations that he is dangerously unfit for office. Mental health experts have come out in droves to warn the general public, and nearly every news story regarding the latest development in the White House is tied back to Trump’s supposedly deteriorating mind.

Trump’s reported affair with adult film actress Stephanie Clifford AKA Stormy Daniels is the latest story that adds to the broader narrative that Trump is a morally and mentally unhinged monster stuffed in an ill-fitting suit.

But while that story was salacious and explosive, one detail slipped under the radar of coverage.

In secretly paying Daniels $130,000 through backchannels to keep silent about the affair, Trump may have broken campaign finance laws which mandate the disclosure and source of such expenditures. This, and not Trump’s rash self, may be more damaging to U.S. democracy and thus deserves far more attention than it is currently receiving.

Trump paying an adult film actress to spank him with a copy of Forbes where he is on the cover, as reportedly happened, is an entertaining if not horrifying image. It also plays directly into the narrative that Donald Trump is not presidential and acts in ways unfit for the highest political office.

The equally explosive book “Fire and Fury” detailed Trump exploding at aides, forgetting friends and colleagues’ names and being unable to maintain attention for a sustained period of time. These details have, in large part, been corroborated, expanded and cemented as givens. It’s becoming more accepted to think that Donald Trump is mentally not well.

What the Experts Say

Mental health experts have been discerning and specific about the concerns regarding Trump’s mind. Dr. Bandy Lee, an assistant professor of psychiatry at Yale University, has been the public face of experts concerned at Trump’s state. She has appeared on CNN, MSNBC and before congress, arguing that Trump’s mental health is a state of emergency. She, along with over 20 other experts, edited a book detailing their warnings and entitled it “The Dangerous Case of Donald Trump.”

In an interview with Dr. Lee, she is clear on what exactly her concerns are and are not with Trump:

“Personally, I am of the camp that believes that a president’s state of health, including mental health, is his private affair. Even as a public servant, health issues that do not impinge on his ability to serve are of no concern to us, and we know… that mental illness does not necessarily mean unfitness to serve as president.” Dr. Lee cites a recent Duke University study finding that nearly half of U.S. Presidents have had some mental illness.

“While diagnoses, made for the purpose of prognosis and treatment, are a personal affair, a president’s capacity or fitness for duty, in other words his ability to serve in the office to which he was elected, is entirely a public affair.”

Lee and other experts are not interested in diagnosing Trump, she says, but they are concerned he is displaying a pattern of disturbing behavior that is dangerous.

One potential issue with this line of thinking is that the things which some experts see as mental unfitness, like aggression or selfishness, Trump’s supporters may see as strengths. When Trump threatens other countries, allies included, his voters may perceive as confidence and decisiveness rather being unstable.

In response, Dr. Lee says “there is absolutely an element of this, a ‘symbiosis’ that consists of mutual confirmation and support of pathology. Offender and victimhood can manifest as two sides of the same coin in both the president and his “base”, and there are many dynamics underlying it… The drive to satisfy their frustration and rage supersedes any reasoned thought of self-interest, and as long as the ‘leader’ is in position, they will offer their blind allegiance, even if it practically hurts them and worsens the conditions that enraged them in the first place.”

In short, the issue of Trump’s mental health and his relationship to his base, which fuels such seemingly ‘rash’ behavior, is complicated and nuanced. And most experts treat it delicately.

What the Public Hears

That nuance, however, has been lost on the public.

Media pundits, columnists, and even some experts have morphed into undiscerning armchair psychiatrists, diagnosing Trump with a host of mental illnesses. This dumbs down the debate about Trump’s state, and distracts from more serious issues like his corruption.

Charles Blow, a columnists at The New York Times, wrote: “I would be basking in false virtue if I simply pretended that I’m not aware that some of the behaviors displayed by this man line up with the symptoms of certain personality disorders.”

Jay Rosen, a journalist who is not a psychiatrist, diagnosed Trump with Narcissistic Personality Disorder. Two psychiatrists, in a letter to the editor for the New York Times, said they were not formally diagnosing Trump, but think he displays an inability to distinguish “reality from fantasy,” and resorts to “paranoid claims of conspiracy” as a means of self-defense.

The New Yorker posits that “the question is not whether the President is crazy but whether he is crazy like a fox or crazy like crazy.” Either way, Trump is a type of crazy.

These are but a few telling examples. The public discourse on Trump’s mind has coalesced into a framework of understanding Trump to be unstable and unpredictable. Developments around him feed into that narrative, and the central question of his health drowns out other problems in the White House.

And while it is important to understand that experts are sounding alarms at his health, the public hears little about more tangible harms to the political system like his corruption. When they do hear about it, it plays second fiddle to the larger tale that Trump is a rash person who, naturally, would act in a rash way.

Trump’s Corruption is a Much Bigger Problem

What made headlines in his affair with Stormy Daniels was the sheer salaciousness of the claims, and the fact that with any other president, this story would dominate his legacy and could even end his presidency. But for Trump, it has become standard.

Trump’s lawyer, Michael Cohen, paying Daniels $130,000 in hush money was also highlighted, but its potential illegality has so far not been treated with the severity it deserves.

Common Cause, a government accountability watchdog, filed a complaint to both the Federal Election Commission (FEC) and the Department of Justice (DOJ).

A payment can be considered an in-kind contribution when a person pays for a good or service on behalf of a committee. In this case, Trump’s lawyer paying hush money to Daniels provides the service that she does not reveal details of her sexual encounter with Trump, lest it sway the election.

Cohen paid Daniels the money using a shell company created mere weeks before the 2016 presidential election, likely trying to tie up any loose ends that could spell ruin for Trump’s chances at the presidency.

The story eventually came out anyway, and Daniels is now speaking about it in detail, drowning out the fact that Trump and his team used evidently corrupt methods to sway the American public without their knowing.

That very real fact spells danger for the integrity of the U.S.’ democracy, especially if it is not receiving the attention of the media or the electorate.

Without rehearsing overtures about the ‘true purpose’ of the media and its relationship to power, it is important to keep in mind that the media serves as a crucial intermediary role in informing the public about uses and abuses in power, and holding those in power accountable.

When it comes to Trump, many media outlets are caught in a trap about which aspect of any given story to cover, and with Stormy Daniels, many focused on the affair and the money rather than the corruption. He was being held accountable in one sense, but being let off completely in another.

The coverage reveals the the media at large still have not found an effective way to cover Trump’s presidency.

Yes, he is rash, but what’s more, he is dangerously corrupt. The former makes the U.S. look bad, the latter puts American democracy at risk.

One thought on “It’s Easier To Call Trump Crazy Than Corrupt: That’s A Problem – OpEd”