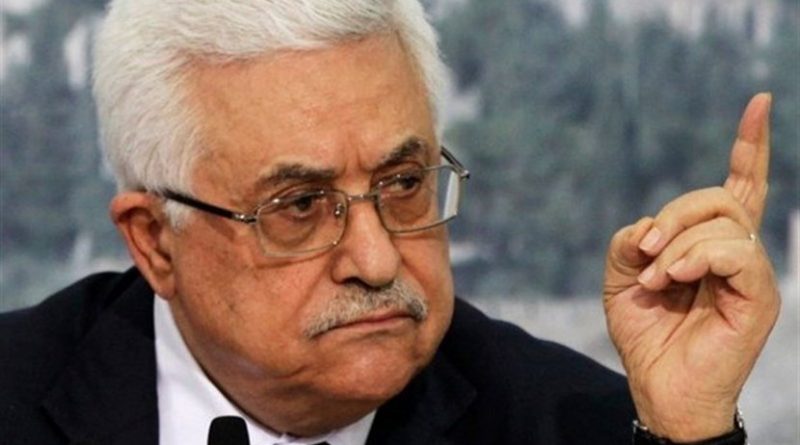 US President Donald Trump’s peace plan is a major coup for the Israeli government and Prime Minister Benjamin Netanyahu, but it does nothing to advance Middle East peace as it does not require Israel to make any concessions. But the worst part of the plan for the Palestinians is not in the details — it is in the bigger picture of their own predictability; of allowing themselves to be cast as the cause of the plan’s failure.

Israel pretends to embrace peace knowing that the compromise is not a compromise at all. More importantly, it is confident that the Palestinians’ reaction will be so extreme that they will reject peace.

The bottom line of Trump’s plan is that it gives Israel formal control of the Jordan Valley and implements a plan to further tighten restrictions around the already subjugated Palestinian population centers.

Instead of engaging in the process of peace, the Palestinians demand “all or nothing.” As a consequence, they always end up with nothing. Rather than standing up for their rights as protagonists in the negotiations, they fan the flames of anger, hoping the Palestinian population will turn to violence to pressure Israel to make the kind of concessions that are essential to a real peace.

Sadly, the only thing that has pushed Israel to make concessions has been violence. The first intifada forced Israel to accept peace gestures from the Palestine Liberation Organization in 1988, resulting in the Oslo Accords in 1993. In 2005, violence in the Gaza Strip forced Israel to withdraw its soldiers and dismantle its illegal, racist settlements there.

However, the strategy of violence has been Palestine’s greatest failure. The Israelis go into peace negotiations knowing that, if they push the extreme agenda, as they have, the Palestinian side will collapse into disarray. By refusing to engage, Palestinians are unwittingly helping Israel achieve its goals without ever having to make any real concessions.

Instead, the Palestinian leadership should embrace the process. They don’t have to embrace Trump’s flawed peace plan, but they should have insisted on being at the unveiling, demonstrating that they are committed to peace and thus turning the tables on Israel. By going to the White House, the Palestinians could have forced the Israelis to be the rejectionists.

Trump’s plan gives Israel everything it wants, while taking even more from the Palestinians. It basically slices and dices the Israeli-occupied West Bank into Bantustans — a word that described the enclaves created for black populations in apartheid South Africa.

Trump dressed up the non-peace plan by using words of peace. He said the plan is a “transition” toward the establishment of a “two-state solution,” in which Israel and Palestine share the historic land of Palestine. Trump even expressed empathy for the plight of the Palestinians, promising America would stand with them if they backed his plan.

The Trump plan promises $50 billion in economic aid to Palestinians and calls for the creation of 1 million new jobs for Palestinians. The plan gives Israel about half of Area C of the West Bank, but doubles the size of Areas A and B, all defined under the failed Oslo Accords. These disjointed areas of Palestinian population would be connected with tunnels, bridges and a high-speed rail system, Trump said. He even asserted Palestinians would have a capital in a part of East Jerusalem, where a US Embassy would be established.

Ironically, Abbas could have overshadowed both Trump and Netanyahu by casting himself as the reasonable person while expressing concerns about the plan’s obvious flaws. Let’s face it, Trump has been impeached and faces possible indictment and removal from office, while Netanyahu faces three corruption charges that could result in jail time.

Refusing to engage, however, is another example of how the Palestinian leadership has failed its people. What Abbas should have done was to stand next to Trump, not in surrender but in strength, using the opportunity to address the plan’s shortcomings and lack of balance. Abbas should have embraced Trump’s comments about it leading to a “two-state solution,” while acknowledging that the plan needs much work.

But with Abbas absent, Netanyahu couldn’t contain his ebullience as he fawned over Trump and acted as if he had won the lottery. Netanyahu knows that the Trump plan, and Abbas’ absence, bolsters his campaign to win Israel’s next election on March 2, following two failed attempts in the past 10 months.

Palestinians should not play the role of the emotional, obstreperous rejectionists of peace. Instead, they should be confident that, through strategic engagement, they can force Israel to make land concessions, share Jerusalem, and establish a real and contiguous Palestine state that isn’t hampered by smoke and mirrors and empty promises.