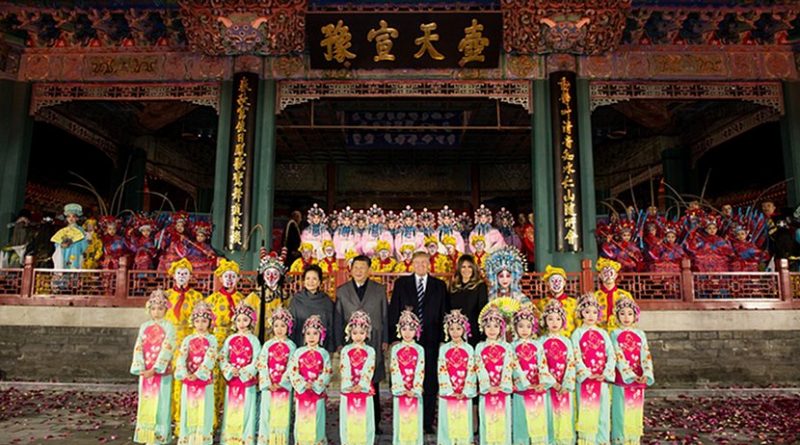 The Long March generation of revolutionary leaders is widely acknowledged as the founding heroes of modern China. But there is another generation ̶ the Cultural Revolution survivors ̶ whose experience during that tumultuous period shaped them in a similar way and who are now leading the country.

China’s rise to superpower status is being accompanied by President Xi Jinping’s growing strength as undisputed leader now that he is no longer constrained by a term limit on his presidency. As many have noted, he can now rule China indefinitely.

You will find as many who believe China’s future looks even more promising with political stability now assured as those concerned about the dangers of over concentrating power in the hands of one man for an extended period. Look at what happened to Chairman Mao Zedong, the doomsayers might point out.

Happy Coincidence or Recipe for Disaster?

The Cultural Revolution launched by the Great Helmsman in 1966 plunged the country into mayhem and turmoil. As many as half a million people died, according to some estimates, and millions were tortured, turning family members against one another and students into rampaging execution squads.

It was one of the darkest periods in Chinese history, one its people would never forget and resolved never to repeat. Lesson? An unchallenged leader’s misguided actions and excesses can bring national calamity? But out of the chaos of the Cultural Revolution, China’s next ruler Deng Xiaoping emerged to set the country right, opening it up to the world, freeing and modernising the economy.

China has not looked back since. Lesson? A strongman rule might be exactly what a country needs when it faces grave challenges?

Lessons from the Cultural Revolution

Which of these two lessons is the right one for China today? Much rests on the shoulders of President Xi and what lessons he drew from that tumultuous period. In fact, he endured great personal hardship, and was singled out for special treatment because his father, a senior Communist Party official, had been purged a few years earlier.

His home was ransacked, the family had to flee and one of his sisters died during the struggle. He was 13 at the time. Xi was subsequently sent to the countryside along with millions of other urban youths for “re-education”.

But he was not alone among his generation shaped by those ten tumultuous years. Many are now in leadership positions, among them Premier Li Keqiang who has just been re-elected to a second term and chief anti-graft buster Wang Qishan who is now Vice President. Both were similarly “sent down” to the countryside.

It is remarkable that having suffered so much under a system that was capable of creating such madness, they did not lose confidence in the party. Instead, as President Xi has remarked several times, the experience exposed him and his fellow urban colleagues to the realities facing the rural poor and made them even more determined to do something about it.

They understood what it meant to be poor. More significantly, they grew up quickly, knowing what it meant to be so close to grave personal dangers. Most western commentaries of this dark period in Chinese history focus on the dangers of tyrannical autocratic rule.

It is a relevant point but not the most important. The more significant outcome of the Cultural Revolution was the creation of a generation of tough, battled hardened survivors who did not turn against the system but worked within it to make a difference.

The Long March generation led by Mao and leaders like Deng and Zhou Enlai earned their right to rule China leading a popular people’s revolt against a corrupt leadership.

They survived a gruelling 9,600-kilometre trek in 1934, through some of the most uninhabitable parts of the country to escape the advancing Kuomintang army, finally ending in Yanan in the northern province of Shaanxi after almost two years. Only one in ten of the original 80,000 troops survived.

But it was enough to form the core of the revolutionary army that would eventually triumph and establish the People’s Republic of China. The contributions of this generation of Long Marchers to modern China’s rise is widely accepted.

Not as well acknowledged is the role being played by the subsequent Cultural Revolution generation led by President Xi and members of the ruling Politburo most of whom are in their 60s. Like the Long March survivors, they too endured much hardship and emerged stronger from the experience. Thousands of others from that generation now occupy leadership positions in the public service and business.

It is rare for a country to have two remarkable generations of leaders and people, shaped and hardened by a common set of experiences. China’s amazing modernising trajectory can be attributed to this two-stage generational boost.

Future generations may not have such defining histories and the country’s future prospects will be shaped accordingly. But, by then, China’s take-off would be well underway and approaching cruising altitude.