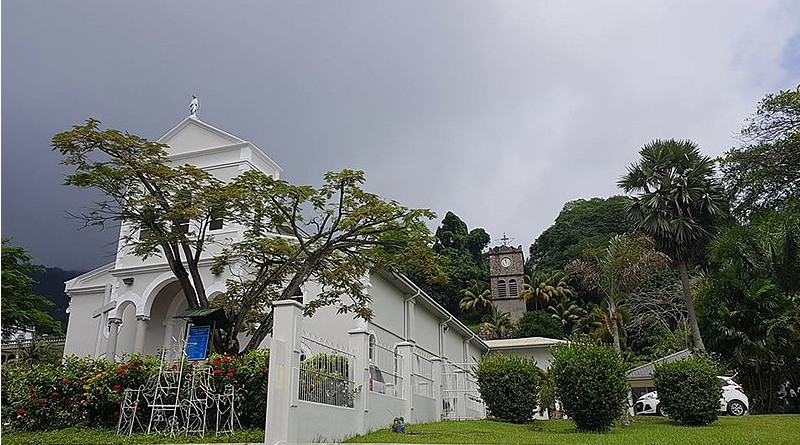 The police in Seychelles are investigating a Nigerian priest based in the island nation following suspicious bank account transactions, the authorities said Wednesday.

The police statement came a day after the Roman Catholic Diocese of Port Victoria announced in a communique that “a member of its clergy, Father Fidelis Mbanefo has been suspended from his ministerial duties as a priest in the Diocese of Port-Victoria, as of the 17 April 2020.”

Bishop Denis Wiehe wrote that the Roman Catholic Church was not able to comment further at this stage as this was a police case and “it doesn’t want to jeopardise the investigations.”

The police have confirmed that there is an ongoing investigation into the priest’s financial activities.

“The investigation started some two weeks back following suspicious bank account transactions by subject reported by the Financial Intelligence Unit, in which the Police informed Bishop Denis Wiehe,” the police said.

SNA contacted Father Mbanefo who is presently based at the northern Mahe Glacis church. Mbanefo said he will not comment for the time being since the investigation is still ongoing.

The police added that it had made significant progress in its investigations and “so far no criminal offence has yet been established and no arrest made.”

The investigation did not arise from an alert from Interpol, it added.

The Spiritan priest from Nigeria, Father Fidelis Mbanefo remains a member of the clergy and his congregation, according to the Catholic Bishop.