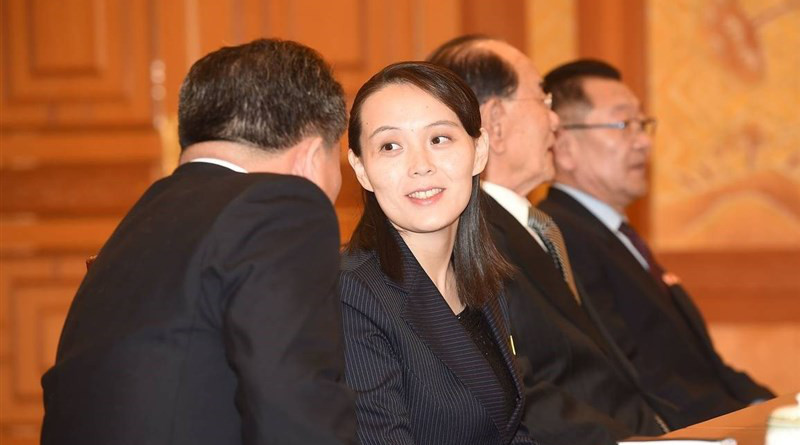 With Kim Jong Un’s future in question, now is the time to look at his sister, Kim Yo Jong, as the next potential leader of nuclear-armed North Korea. Kim Yo Jong, who is believed to be aged 31, is probably cleverer and more knowledgeable than her brother. She would be North Korea’s first female ruler since her grandfather, Kim Il Sung, founded the nation in 1948. The family dynasty will no doubt continue if stability remains in Pyongyang.

In the late 1990s, Kim Yo Jong joined her brother in attending primary school in Berne, Switzerland, with the two living together in a private home with staff and bodyguards. There is not much known about her life between her time in Switzerland and 2007, when she began playing a role in the ruling party, other than that she was reportedly a favorite of her father, Kim Jong Il, who ruled from 1994 to his death in 2011.

Kim Yo Jong has a reputation for aggressively pushing North Korean propaganda and was among the officials who worked to enact “rigid censorship policies and conceal its inhumane and oppressive behavior,” according to the US Treasury Department. Kim Yo Jong’s rise within North Korea’s Organization and Guidance Department made her North Korea’s “No. 2” and her return to the politburo a few weeks ago cemented her leadership. In fact, her return to the leadership body occurred just before Kim Jong Un’s rumored heart surgery. Succession was in the works.

Kim Yo Jong is usually at her brother’s side at public appearances and is involved in relations with the US and South Korea, with media dubbing her “the Ivanka Trump of North Korea.” Perhaps her most prominent moment in the spotlight came during the 2018 Winter Olympics in South Korea, where she served as a delegate and sat alongside South Korean President Moon Jae-in and US Vice President Mike Pence. Her visit to Seoul was laden with special significance. For South Koreans, high-up North Korean officials had visited on special occasions in the past, but never before had a member of the North’s ruling family set foot there. This moment resides in the Korean heart, if you will, as representing a yearning for reunification between North and South. So Kim Yo Jong is not an unknown quantity to the international community or to Koreans themselves.

In terms of ties with the US and Donald Trump, it was Kim Yo Jong who sought to forge a relationship. She reaffirmed last month the “special and firm personal relations” between Trump and Kim Jong Un and revealed that the US president had written a letter expressing what she said had been “his plan to propel the relations between the two countries.” Only after this did Trump acknowledge the letter had been sent. In a perfect world, Kim Yo Jong may help reset stalled North Korean arms talks.

Gender plays a role in the Koreas too. As the potential first female leader of North Korea, Kim Yo Jong may see the requirement to become a regent in order to build up more power before assuming key posts. There are questions whether her ties to her brother will hurt her durability, as it is seen by some as “women power.” Naturally, this issue cuts both ways in terms of pros and cons about gender and leadership. Societal norms on the Korean Peninsula may dictate different gender-based outcomes then in other parts of the world.

To be sure, Kim Yo Jong is a woman in a society rigidly controlled by men, where bloodline is more important than gender. If, from the North Korean point of view, gender is to play a role, Kim Yo Jong may serve as regent while the fourth generation of North Koreans enters its teenage years.

Kim Jong Un is believed to have three children with Ri Sol Ju, the youngest born in 2017. The oldest is a 10-year-old son, meaning any of the three would need the assistance of their relatives or political guardians if they were to become a fourth-generation hereditary leader. Importantly, Kim Jong Il had been groomed to lead the country for 20 years, while Kim Jong Un had just over a year to prepare due to his father’s sudden death from a heart attack. Kim Yo Jong may very well end up being regent over the next North Korean leader if male inheritance is to be followed. Then again, her steady rise and power challenges the patriarchy, so a final answer to the leadership question will come down to family power and a horseback ride up the sacred Paektu Mountain.

North Korea’s legacy makes it essential to have a family member in charge. If there were a female leader in Pyongyang, it would bring a new outlook for the country and for reunification efforts. However, Kim Yo Jong knows how to protect power and wield influence much like her brother, with a particular bloodlust for retaining control and projecting North Korea’s prowess.