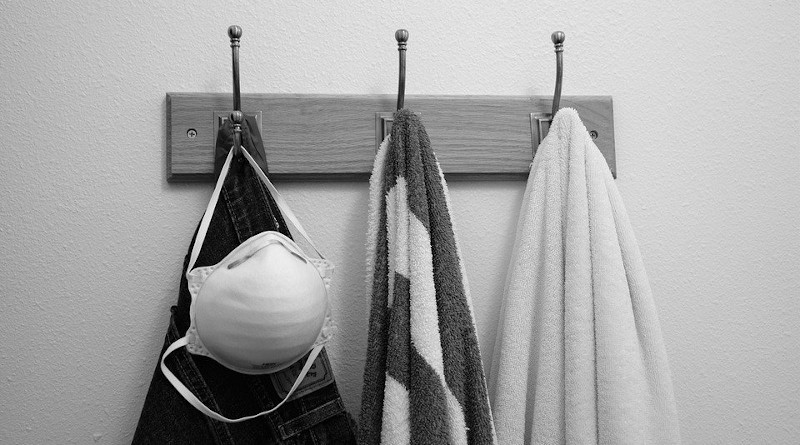 So here we are struck by a lightening pandemic, the end of which does not appear near. Without a vaccine or effective treatment, we are like castaways with no effective means or tools to avoid the oncoming storm. Like September 11, 2001 or the onset on the Second Wold War in Europe and Asia, we face a formidable unknown enemy as deadly as it is unpredictable given its genetic structure, effect on humans and geographic scope. In the morning, we awaken to the latest body and new case count from the comfort of our homes. The evening is spent contemplating if we are its next unwitting victims. The COVID 19 pandemic gives new credence to what Tom Hanks said in the 2000 film ‘Castaway’: you never know what the tide will bring in tomorrow. Rejoicing or desperation? Deliverance or ignominy?

In response to the crisis, our political leaders have called for increasing solidarity amongst citizens in their efforts to combat the COVID 19 plague. To effectively combat the pandemic, almost all political states have dramatically increased their already numerous powers. In many cases, elected parliaments and legislative bodies have been bypassed in order to reduce possible infections. In order to combat unemployment due to confinement rules and others, states have gone on a spending spree and racked up huge deficits. Decrees rain down upon us related to social distancing and the wearing of masks, meeting places. Our lives have been changed dramatically. Travel, both domestic and international, has been curtailed, social and sporting events have been postponed or simply cancelled. The state has given itself more extensive powers in this time of crisis and the ordinary citizen has but one task and duty – obey all directives for our own good. No exceptions.

The enlightened message of French author and philosopher Stéphane Hessel in his pamphlet ‘A Time for Outrage -Indignez-vous’ falls silent as the COVID 19 crisis spreads amidst a panoply of state measures designed to control the malady. The national and international media have been tasked by the state to be a transmission belt to ‘inform’ the citizens of their new societal duties and responsibilities. Journalists have a new role to play thanks to the pandemic.

Similar to other great unexpected crises, COVID 19 was probably not preventable and apparently could not have been anticipated. It has hit hard and fast. At every turn in our daily lives, fear lurks – in the street, at the grocery store, in the subway and buses and even in our own homes. Citizens are fearful and they have reason to be. Defying a state directive is tantamount to a crime against humanity and science.

However, when I hear elected politicians and unelected bureaucrats telling us that the main reason for the need for blind obedience is to save our health system, I have had enough! Why, after having ‘invested’ billions of dollars to improve our health system after 50 years, we end up with a precarious and tottering structure resembling more the Tower of Pise than a 21st century medical science structure after a month or two of pandemic?

My conclusion is that there is a human element that has contributed to the spread of COVID 19 just as it did in the other major world crises. They did not happen on their own.

In Canada, the incompetence and lack of vision of our political leaders have led to the disaster in old age homes. It has led to a lack of simple medical masks and tools required to combat the pandemic. Billions have been spent on homeland security since September 11, 2001 in order to prepare for such crises. In Québec, the indolence of past feckless provincial administrations headed by the political elite have left us defenceless. Their blame game calling out the federal cuts to health rings false. Although the cuts made things worse, they are not a panacea for provincial leaders looking for a scapegoat. Both federal and provincial governments have demonstrated a flagrant lack a vision other than getting re-elected in order to delect the many gifts offered by the public trough.

Again, in Canada, we have given many governments a clear majority to improve the country but  what have they done to establish a fully universal health system? What have they done to reinforce the structure of our health system – hospitals, prevention, and reforming the medical profession and its education? Nothing much for a system that now requires blind obedience from its citizens in order to avoid total collapse.

Meanwhile, the pandemic continues to increase state power thanks to an unbalanced electoral system and lack of political reform. The media, alway obedient servants of the political apparatus, continue to faithfully diffuse narratives insisting on social abnegation and the need for a docile public.

I can hear already the soothsayers and state supported pundits and their excuses after 50 more years of indolence in power. The crisis was unexpected and arrived quickly. No time to prepare. You do not understand science, which is our only tool to combat the infection. We are frightened. The elderly were going to die soon anyway. Its a medical issue far beyond the public’s need to know.

There is doubtless some truth to these excuses but there is a large dose of hypocrisy and paternalism. Under the cover of often majority governments, this hoax has been perpetrated. Like the hapless World Health Organization (WHO), this political mutism was responsible for letting the 2014-5 Ebola crisis get out of hand. The WHO dragged its feet and developed shrewd back up strategies to convince Member States of its good will and competency in order to continue a steady stream of greenback contributions. Canada, with its armies of health experts and bureaucrats in both federal and provincial governments have known these things to be true for at least 50 years: an aging population in need of more not less medical care, internationalization of the world economy with consequent impact on increased migration, transportation links, higher levels of air, water and noise pollution resulting in new strains on health care, increasing world poverty thereby creating a pool for illness and transmission and climate change with its impact on world health and link to pandemics. Canadian leaders have known this for years and done little. Other states are also guilty of abusing their political oath to protect their citizens. The COVID 19 crisis is proof of this.

The Second World War in Europe broke out in September 1939. One of the contributing actors was the Munich Agreement of 1938 between the fascists and the democracies of Great Britain and France. One wonders if the carnage that followed could have been avoided if the democracies had had more political vision and courage to defend freedom and international justice. That did not happen.

The September 11, 2001 tragedy also had human causes in as much as it was preceded by the ongoing agony of the Palestinian people and buttressed by a hatred of the Arab world. Nowhere is the illustration of this more stark than in the American foreign policy in the Middle East. It remains woefully unbalanced, hypocritical and has devastated that region of the world for the past 50 years and continues to do so. The American responsibility for death and destruction in this region dwarfs the carnage of that September day in 2001.

Now we are in the midst of a world wide pandemic and we observe that the state directives and its endless forms of repression are to prevent the collapse of a health system, one that we have known for years to be sick itself, underfunded, ignored and withering away. Justice, Health, Education – the COVID 19 pandemic will have a tremendous impact on these three pillars of power affecting directly citizens. However, without a thorough reform of these three institutions, nothing good will emerge from this test. Those on the ideological Left with their legions of do-gooders and ‘right” thinkers who might imagine that their union chiefs have done better than the traditional political elites should be prepared for a rude disappointment.

Governmental decrees and directives continue to rain down upon us replete with threats to those who would dare utter any dissent. After all, who rebels against science? Dissent would be a crime against humanity and science. This deafening logic resembles that of another historical experiment in anti-democratic rule. I fear that COVID 19 has taken us one step closer to the Goulag. So much for rule of law in Canada, a false pride and affront to the brutal dictatorship of the Chinese Communist Party over the on-going extradition trial of Meng, a Huawei executive. If only it were true and the Minister of Justice, a member of a political party, did not have the last word over and notwithstanding any court in the land. Another satisfying sophistry.

Perhaps Camus was right to declare that the plague is in each one of us. Our feckless politicians Pand their media acolytes have wrecked a toll in deaths and broken families thanks to the COVID 19 crisis. Countless other patients in need of surgery and other procedures have been sacrificed at the  altar of indolence and laxism.

This article is not a call for civil disobedience. Not yet. It is a plea for citizens to demand a much higher level of competency, vision and honesty from our political elites.

Home » Against The Current – OpEd