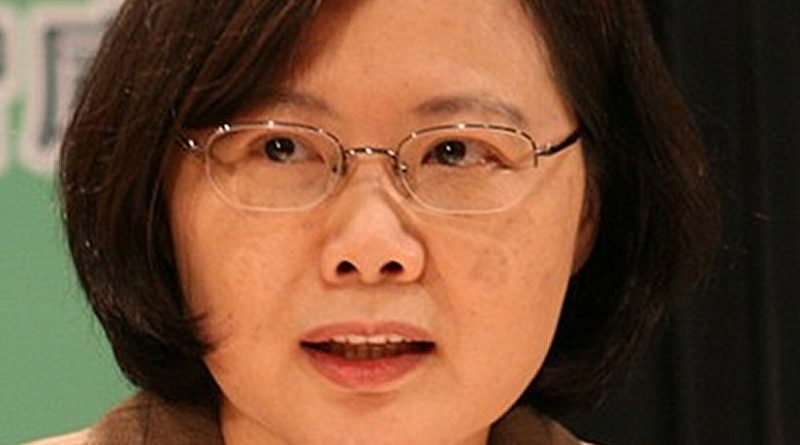 Taiwan’s current government has both a significant and unique opportunity to reset Taiwan’s security goals and strategies: the sweeping election in May 2016 of President Tsai Ing-wen illustrated a major mandate for change from the Taiwanese population. For the first time in history, Taiwan’s Democratic Progressive Party (DPP) has control over both the executive and legislative branches. As such, the Tsai government has had (for nearly half-a-year) a unique opportunity, which it should use to change some of the strategic and political directions undertaken by the Ma government. In particular, the time has never been better for Tsai to reset Japan-Taiwan relations, which deteriorated significantly during eight years of the Ma Ying-jeou administration.

Both Tsai and the DPP are positioned nicely to conduct a reset and reverse the current not-so-lukewarm relations between the two states, particularly given the change in strategic partnerships taking place in Japan and Taiwan’s backyard. To be sure, the DDP has maintained positive ties with Japan’s major political party – the Liberal Democratic Party (LDP) – since the 1950s. During her campaign, Tsai Ing-Wen visited Japan, met with Prime Minister Shinzo Abe’s brother, Nobuo Kishi, visited the family home, and rumor had it that Tsai even met with Abe himself. Albeit government-to-government politics do not solely depend on interpersonal relations between leaders, it does illustrate the close relations between the two governments. During her campaign, Tsai and the DPP manifested a clear desire to seek closer cooperation with Japan on social, economic, and security issues. The Japanese government, at the same time, was uncharacteristic in their enthusiasm for the election result: both Abe and his foreign minister, Fumio Kishida, publicly stated their satisfaction with the victory of the DPP and spoke about the desire to establish stronger ties with Taiwan. Japan increasingly sees Taiwan as a (new) security partner in the changing geopolitical landscape of East Asia and the greater Pacific region. With its proximity to China as well as the South China Sea, Taiwan could become a valuable ally in possible regional confrontation and even outright conflict. Moreover, relations between Japanese and Taiwanese society have had a long provenance, with Taiwan having been regarded as one of the few pro-Japan countries in the region.

Both states are now staring out the window of real political and social (even economic) opportunity and are well-positioned to (re-)increase diplomatic relations between both nations for years, and even decades to come. In this, an important focus – besides improving economic relations – should be made on security and defense relations, and efforts realize the establishment of a framework for constructive security and defense cooperation. In an era in which China is increasingly growing in power and determination to act globally, increasing its defense spending, and expanding its (maritime) reach beyond the first island chain, Japan and Taiwan ought to begin collaborating to, at least, provide some counterweight to China’s (unchecked) rise, thereby ensuring peace in East Asia. Indeed, such cooperation seems feasible, is well within reach, and would benefit Japan and Taiwan’s security and defense standing given that Japan has recently been undergoing rather surprising and considerable changes in its security and defense posture with striking increases in its defense spending, efforts to reinterpret the famed Article 9 so as to possess broader (military) authority, and a push to enlarge its area of strategic operations. What we can extract from this is the view that Japan is increasingly looking to become a regional security actor which aims to exercise power beyond its national borders, not unlike other states in East Asia and South East Asia.

The possibility of Japanese navy patrols in the South China Sea – the first time the Japanese navy would operate beyond its borders since its Imperial conquests prior to and during the Second World War – is just an initial indication of how, in the coming years and decades, Japan will seek to become a greater regional security actor. It should therefore become incumbent upon Taiwan to seek to benefit from this emerging attitude and establish stronger, more fruitful military-to-military relations with its neighbor. Such a relationship could be based on (further) military exchanges, joint training exercises, possible intelligence sharing and an opening of military facilities – particularly Taiwan’s naval assets – to the Japanese Self Defense Forces (JSDF). The latter could prove particularly valuable for Japan if its forces would initiate freedom of navigation patrols in the South China Sea. If these kinds of patrols were to take place, the possibility exists for Taiwan to participate in joint patrols in addition to opening its naval facilities in the Spratly islands.

A second and further benefit for Taiwan could be found in possible cooperation between both national defense industries. In recent years, Taiwan has iterated its desire to develop a new fleet of diesel submarines, and the United States (US) has promised its support. However, in light of recent US reluctance to provide Taiwan with military hardware and knowledge, and given limited expertise the US has with building diesel submarines, Taiwan can in-turn look to the Japanese defense industry, which has extensive experience building high-class diesel submarines, and that, after its abortive-deal with Australia, could be even more interested in finding new customers. Beyond submarines, the development of Japan’s 5th generation jet – the Mitsubishi X-2 Shinshin – and Japan’s general expertise in robotics could likewise be of great utility for the Taiwan government and defense establishment. Recently it has sought to acquire block C/D upgrades for its fleet of F-16s, unsuccessfully, however, and as result it has considered developing new indigenous fighter jets. In this regard, possible defense cooperation with Japan would help in the development of new defense instruments.

We might even expect Japan to be interested in this sort of cooperation and development, or possibly even the sale of its technology, in order to decrease the ever-rising costs of its X-2 development. As Japan has hinted about its aims to sell its new 5th generation future fighter abroad, Taiwan could step into the position of acquiring its next generation of fighter jets. Likewise in the field of unmanned aerial vehicle (AUV) development, defense cooperation would benefit both nations: Japan’s expertise with advanced robotics can greatly benefit Taiwan’s development of a new generation of unmanned systems, which would be heavily dependent on advanced robotics. Taiwan has already developed UAVs of various size and capabilities, and as such in-depth experience and knowledge on the development, production, and use of these systems – something Japan only moderately possesses, and which it is actively seeking to acquire in order to produce its own domestic unmanned systems.

Beyond the conventional realm, possible defense cooperation could be extended into the cyber world as well. Taiwan possesses significant expertise and knowledge in cyber security, particularly in cyber defense, with a thorough understanding, knowledge, and expertise on China’s cyber dynamics. Here, once more, Taiwan could offer its help and establish a framework for cooperation. Such cooperation could assume many forms, ranging from information exchange, to joint cyber exercises, and even a joint cyber defensive center. Given Japan’s limited effectiveness in cyber defense, its status as a relative late-comer to the “cyber party,” and that it has sought to increase its cyber capabilities, we ought to expect that a profound interest within the Japanese government exists for cyber cooperation – on both military and civil levels. Similarly, intelligence and information on conventional Chinese military capabilities could be of interest to Japan – particularly as Japan, until recently, possessed no foreign intelligence organization, and as such limited possibilities to “spy” on China.

We argue that a distinctive window of opportunity has opened for both states, leading to greater cooperation in terms of security and defense directly, and politically, socially, and economically, indirectly. That numerous opportunities exist for possible cooperation, ranging from defense industry to intelligence to enhancing the military robustness of both nations cannot be gainsaid. In this regard, the benefit for both sides would be even more mutual as a stronger Taiwan would provide strengthening Japan with an additional but absolutely crucial new security actor, and possible aid to ebb the growing influence of China – particularly if China’s Navy, the PLA Navy (PLAN), with its burgeoning plans to take on the US, would be able to break through the first island chain in the next decade. Dynamic defense cooperation would at the same time provide Taiwan with an extra security partner, which in light of China’s ever-increasing military capabilities, its increasing and indeed negative rhetoric toward Taiwan, its behavior in the South China Sea dispute, and steady growing level of nationalism, is something Taiwan will definitely need in the future.

The abstract benefits of biochar for long-term storage of carbon and nitrogen on American farms are clear, and now new