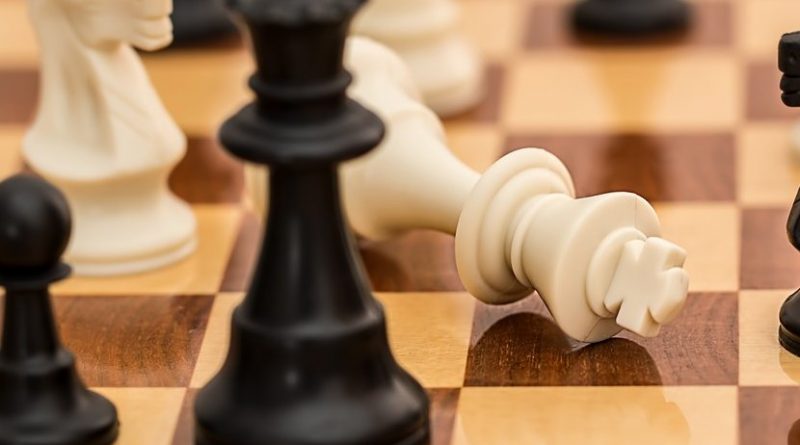 In the 19th century Central Asia was the region called “Great Game,” the contest between British Empire who settled their footprints in India and the Imperial Russia. The game of dominance continued for many years due to abundant of natural resources in the form of oil, gas and hydrocarbons, which shifted the “Great Game” into the “New Great Game”. Later, the collapse of Soviet Union in 1991 led to creation of many independently states, most important five central Asian states namely Kazakhstan, Kyrgyzstan, Uzbekistan, Tajikistan and Turkmenistan.

The world order was a product of western dominated institutions or manipulated by these countries. China becoming a new actor in this era by emerging economy keen interest in infrastructure projects and connectivity between regions to save guards their interest and completion of “One Belt One Road” imitative. Its a linkage between central Asian states to Europe. As, Alfred Thayer Mahan’s  in his book “The Influence of Sea Power Upon History”, in which Harold Mackinder and Nicholas Spykman emphasized “ the importance of controlling land and the Eurasian Heartland as a pivot point between Europe and Asia”. Historically, the region was under control by Soviets but due to major events occurred during 19th century the balance of power shifted, China become a new strategic partner or player in Central Asia. Mao Zedong’s famous theory on military strategy said “Where the enemy advances, we retreat. Where the enemy retreats, we pursue”.

The romantic era of China foreign policy in Central Asia started on September 3, 2013, when Xi Jinping the reformist of new China in both economic and military terms, visited four central Asian states to sign multiple agreements related to trade, energy and infrastructure projects under the umbrella of OBOR. The Chinese strategy towards was differently coined by Peking University professor of International Relations Wang Jisi as “March West”. According to this perspective China rebalancing their interest from Asia- Pacific to Central Asia and Middle East. America never try to increase their influence in this region, when US withdraw its forces from Afghanistan the airbase of Kyrgyzstan close in 2014 which indicates America was no more in this region.

The “March West” reflects that America was creating hurdle for Chinese to maintain friendly relations with ASEAN counties, US approaching East Asia, this particular mind set favors Chinese government to increase and established strong holds in Central Asia, Middle Asia and South Asia in case of South Asia India was a major actor to curtail Chinese interest sponsored by America.

The Chinese have a broad comprehensive agenda on table that primarily focuses on “One Belt One Road” idea to review the old Silk Road by covering new maritime lands as well as road lands. It’s not an economical but political agenda. To fulfill this agenda Chinese government constructed Gwadar port in Arabian Sea the deepest port in this region gives huge incentives to China in form of reduction of money.

In the meanwhile many other factors compel Chinese government to evaluate central Asia; Security and energy economic interest. Firstly after the collapse of Soviet Union newly created states on world map have not enough ability to construct a governmental structure, mismanagement and fragile economy are main factor. Security situation of central Asians states always worried Chinese authorities. The presence of ETIM in these states, Xinjiang which shares border 3,700km a long strip of land need attention because of Uyghur separatist posed a serious threat to domestic instability. Subsequently creation of Shanghai Cooperation Organisation SCO along with Russia in order to deal with three evils “separatism, religious extremism and terrorism”.

Kazakhstan has become Chinese most attractive pattern in energy sector. With its massive resources about 37 billion barrels of oil, 3.3 trillion cubic meter gas reserves world largest resources in current era. According to Oil and Gas Journal, Turkmenistan has the largest reserves of natural gas with approximately 265 trillion cubic feet 2012. Kazakh Minister for Investment and Development Zhenis Kasymbek said Chinese investment in 51 industrial projects exceed $27 billion. “This year we plan to put into operation six Kazakh-Chinese projects worth 363 million dollars and we will begin construction work on five projects worth 623 million dollars. The total number of projects is 51, worth more than 27 billion US dollars”.

In addition to that, energy security, infrastructure building and an effort to curb the American influence in Central Asian states, this win-win engagement is of vital interest for China in Central Asia, as derived from the Five Principles of China’s Foreign policy.