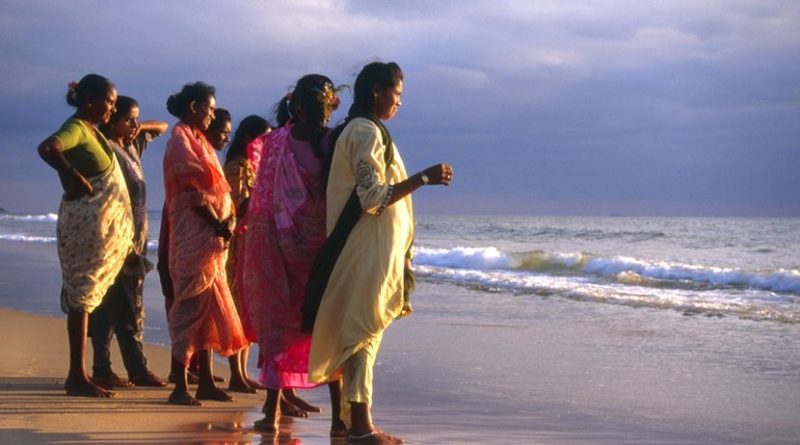 In India, it is estimated that higher female labour participation can potentially add 60 percent to the national GDP.[1] Diverse leadership teams are linked to higher profits;[2] women make teams smarter,[3] and more women in the job market increases and diversifies the talent pool[4] which spurs new ideas. More women in the workforce also enables innovation and creativity. However, in India women remain far and few between in many places of work, and, worryingly, the overall labour force participation of women is declining.[5]

Getting women into work and retaining and promoting them is not only a workplace equality challenge but also a societal challenge. This article considers reasons for the low rate of participation of women in the workforce of India, and outlines some steps that could be taken to make the future of work gender equal.

Currently, only 27 percent of women in India work in paid employment.[6] This is a very low rate compared to other emerging economies. China, for example, has a female labour participation rate of 63 percent, while in the neighbourhood, 33 percent of women work in Bangladesh and 35 percent in Sri Lanka.[7]

The percentage of working women varies across geographies, sectors and job roles. The participation rate is higher in rural areas than in urban. In Delhi, for example, the labour force participation of women was even lower – just 11 percent during the 2011-12 census, a similar number to that reported on census data from 2016.[8]

The rate of female employment varies significantly by sector, with 56 percent of employed women in India working in agriculture.[9] Furthermore, out of total employees, 38 percent are female in the BPO and IT outsourcing sector, while nine percent are female in manufacturing; the corresponding number is 14 percent in engineering an automotive.[10]

Additionally, there is a gender wage gap for similar levels of jobs,[11] as well as a split in the kind of roles women have within companies, with women concentrated in lower-paying jobs, and female participation declining at senior and leadership levels in companies.[12]

Why do so few women work?

There are a number of reasons why there are so few women actively participating in work.

1.Workplaces are not women-friendly. Studies show that women systematically move out of undesirable, hard and menial jobs as the income of the family increases[13] suggesting that women at the lower end of the skills and income spectrum stop working when there is no necessity to do so.

At the higher end of skills and income spectrum, 50 percent of women in corporate employment leave their positions between junior and mid-level roles, considerably higher than the average for Asia which is 29 percent.[14] Furthermore, only 20 percent of India’s senior leadership (CXO) are women,[15] suggesting a lack of opportunities to be promoted to the top level as well as a lack of role models for women. Matters that make India’s workplaces female-unfriendly include unfair and biased treatment at work, limited opportunities for promotion compared to male colleagues, the expectation of long work days (rather than focussing on output), and sexism and harassment.[16]

There is significant social stigma attached to women working outside of the home.[18] For example, in a 2016 survey on attitudes to women and work across urban and rural India by men and women, about 50 percent of respondents believed women should not work outside the home if the husband is able to provide for the family.[19]

Lastly, it should be noted that there is a great deal of variation and access to opportunity to work for women, based not only on education and urban vs. rural scenarios, but also with respect to class, caste, community, and regional location.

The Challenge: Getting Women into Work (and Staying)

A gender-equal future of work needs to ensure that women have access to jobs, and are recruited, retained and promoted as well as offered equal pay for equal work. What can be done to ensure that more women work?

To employ and retain women, companies need to be more open to creating an enabling environment for women so that they can manage work and home obligations. This, for example, means not only flexible working hours and work from home arrangements, but also a need to move the value system from one that emphasises ‘time spent in office’ to actual output and deliverables. Technology and processes that reduces bias should be explored – whether in hiring and selection, or in appraisals and promotion.

Women need role models higher up the ladder to look up to, but also women to mentor and to sponsor – ensuring that more junior women are heard and seen. There needs to be better leadership training for women and ways to ensure women take an equal part of work, and are not left handling more inferior tasks.

Recognise that there are significant social and cultural barriers to women working that goes beyond companies providing a good work-place or inviting families to visit. Umbrella organisations and associations as well as governments need to consider how to tackle the larger issue of social respectability and cultural stigma of working women, and for men to share the housework.

Likewise there is a need for better facilities for working mothers and care givers. Today, care-giving is primarily the responsibility of women. Therefore, to ease the burden on women working, there needs to be better systems for alternative care during work hours. Likewise, there need to be entry points for women who have taken time away from work for care-giving, to return to work.

Training programmes – whether covering basic skilling or leadership and management, need to be gender sensitised. It should be considered whether specific women-centric leadership or management courses would be useful. Likewise, there need to be courses that upgrade skills of women who have been out of work but look to return.[20]

[8] Government of NCR, “Report on Unincorporated Non-Agricultural Enterprises in Delhi”, 2017.

[16] Jain, A. “Own It: Leadership Lessons from Women Who Do,” 2016.; IndiaSpend, “Despite Law, 70% Working Women Do Not Report Workplace Sexual Harassment; Employers Show Poor Compliance”, 2017.

Home » How To Make The Future Of Work Gender Equal – Analysis