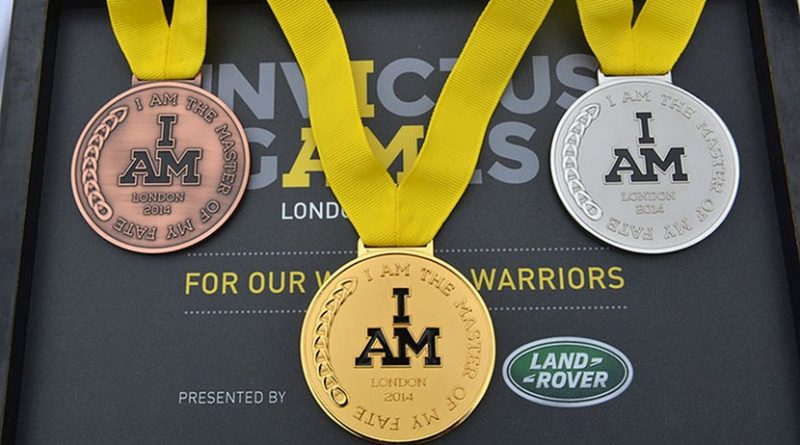 The origins of the Invictus Games (“For our Wounded Warriors,” goes the slogan) lies in war. Wars that crippled and caused depression and despair. The games became a project of grand distraction and worth, a form of emotional bread for servicemen and women. Do not let wounds, mental or physical, deter you. Move to the spirit of William Ernest Henley, an amputee who, during convalescence, penned those lines which speak to a Victorian stubbornness before adversity: “I am the masters of my fate;/I am the captain of my soul.”

Prince Harry, Duke of Sussex, was supposedly inspired by a trip to the United States in 2013 by how, as the Invictus Games Foundation explains, “sport can help physically, psychologically and socially those suffering from injuries and illness.” The games came into being next year, embodying “the fighting spirit of wounded, injured and sick Service personnel and personifies what these tenacious men and women and achieve post injury.”

As they opened in Sydney, something rather troubling lurked in the undergrowth of those keen to promote the games. This was an occasion for the sponsors to hop on in numbers, to insist on that piffle called values. “We are excited,” goes the organisers’ statement, “to be on the journey to our Games with the fantastic support of our family of Invictus Games partners. Their support not only helps us deliver a great Games, but also builds initiatives that inspire connected, healthy and active lifestyles for those facing mental health and physical challenges.”

Names like Saab, Leidos, Boeing and Lockheed Martin are prominent corporate entities that stud the show, a sort of murderous family of patrons. (You were victims of our products; we are thinking of you.)

Company statements attempt to link the Invictus show to the myth of company values and mutual benefit, a point bound to leave those aware of any nexus between arms production and casualty celebration queasy: the company produces the murderous hardware – war is business and stock value after all – but it also brings back the injured into the fold.

Jaguar Land Rover, for instance, notes “a commitment to furthering their legacy of support to the armed forces by helping former military personnel transition into civilian careers through job opportunities.” The company was proud in recruiting “over 700 ex-service men and women since 2013, creating opportunities to employees globally seeking bright futures in the automotive industry.”

Boeing, for its part, cheers “these warrior-competitors, honour their families, and help educate Australians about the contributions and sacrifices of military personnel here in Australia and around the world.” As it backs the Invictus Games, the company’s own website smoothly advertises its role in serving “the US Air Force, US Navy, the Marines and many US allies by producing and integrating precise, long-range and focused munitions.”

There are always various moments the promoters could look to in terms of how these warrior competitors perform. What mattered was turning up, and providing a good show of heart string pulling and tear jerking reaction.

During the Sydney Invictus games, several opportunities presented themselves. There was the wheelchair tennis player Paul Guest, whose PTSD was triggered by the whirring of an overheard helicopter. Dutch veteran Edwin Vermetten, a fellow competitor, was on hand to comfort him as paralysis took over, offering support by singing Let it Go from the movie Frozen. “We saw what mateship really looks like,” reflected the Duke of Sussex at his closing speech.

Prior to its opening, Nick Deane, writing in New Matilda, was troubled by the games’ throbbing sub-text, its colosseum air and undertone of manipulation. “There is a whiff of triumphalism in this (it is in the name of the games). Their spirit may be unconquered but they have, without exception, been severely beaten. Giving them a special name does not alter that.”

Servicemen and women for Australia, in particularly, were being celebrated, but had suffered in wars that lacked the backbone of necessity, lending a heavily tragic air to the proceedings. “In an objective assessment of them,” Deane notes, “no service personnel [participating] can legitimately claim to have been wounded in the defence of Australia.”

That entire spirit goes to those who promote the games: the very companies who prove indispensable to the military industrial complex that creates its global casualties. It is they who are also unconquerable, forever leaving behind the broken in their wake, they who place those in, to remember the words of William Ernest Henley, “a place of wrath and tears” where “the Horror of the shade” looms.

Home » The Arms Behind The Invictus Games – OpEd