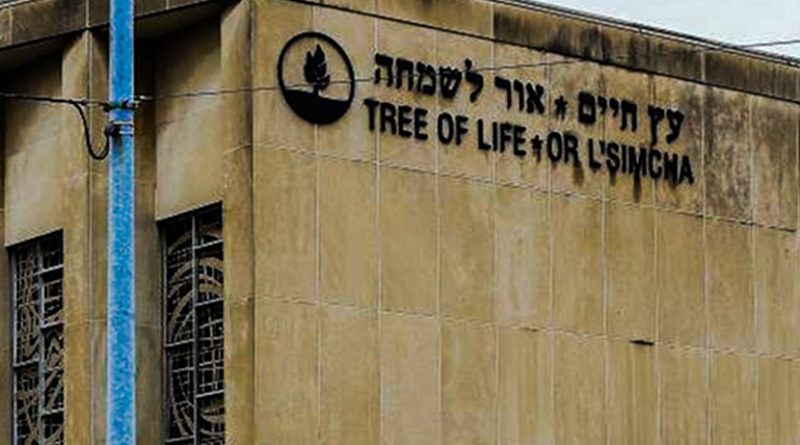 U.S. President Donald Trump and the first lady, Melania Trump, are to travel to Pittsburgh, Pennsylvania, Tuesday, three days after a mass killing at a synagogue in the city.

Trump and members of his administration blame the news media for inciting anger in the country leading to the shooting, as well as the mailing of explosives to political critics of the president.

Trump’s political opponents blame him for the deep divisions in American society, a result of his often-acidic rhetoric aimed at opposition Democrats, illegal immigrants, and critics opposed to his policies.

On Twitter earlier in the day, Trump wrote: “There is great anger in our Country caused in part by inaccurate, and even fraudulent, reporting of the news. The Fake News Media, the true Enemy of the People, must stop the open & obvious hostility & report the news accurately & fairly. That will do much to put out the flame of Anger and Outrage and we will then be able to bring all sides together in Peace and Harmony. Fake News Must End!”

Trump has deplored Saturday’s mass shooting at a Pittsburgh synagogue that killed 11 worshippers and wounded six more. He said that “this evil Anti-Semitic attack is an assault on humanity. It will take all of us working together to extract the poison of Anti-Semitism from our world. We must unite to conquer hate.”

Pittsburgh Mayor Bill Peduto told reporters he had asked the White House to hold off on a presidential visit until after victims’s funerals on Tuesday at the request of the mourning families, and ongoing resources of law enforcement still dealing with the aftermath of the shootings.

Some Jewish leaders in Pittsburgh, in an open letter, asked that Trump not visit the city until he condemned “white nationalism.”

Asked about that on Monday, Sanders noted that while those in Pittsburgh are grieving and hurting, “the president wants to be there to show the support of this administration for the Jewish community,” adding that the rabbi of the Tree of Life congregation said Trump would be welcomed there.

The suspect, who was shot three times by police, was brought in to a Pittsburgh courtroom on Monday for his initial court appearance on federal murder and assault charges.

Robert Bowers, to whom numerous anti-Semitic posts on social media prior to the shooting are attributed, will remain in jail pending a November 1 hearing.

“Our investigation of these hate crimes continues,” said U.S. Attorney Scott Brady in a Monday statement. “Under the law, we must present this case to a federal grand jury within 30 days of today.”

Last week, as packages with explosives were sent to top Democrats, some conservative commentators on U.S. radio and television shows suggested it was a “false flag” operation being carried out by left-wing opponents of Trump looking to gain a political advantage before next week’s national congressional elections.

But on Friday, federal agents arrested a Trump supporter and accused him of mailing the explosives to former President Barack Obama, former Vice President Joe Biden, a possible 2020 opponent of Trump, and Trump’s 2016 challenger, former Secretary of State Hillary Clinton, along with national security officials who served in Obama’s administration. The suspect, authorities said, was living in a van with windows covered with Trump stickers and pictures of top Democrats with cross-hairs over their faces.

Hours after the arrest of 56-year-old Cesar Sayoc, Trump told a political rally, “We have seen an effort by the media in recent hours to use the sinister acts of one individual to score political points against me and the Republican party. The media’s constant unfair coverage, deep hostility and negative attacks only serve to drive people apart and to undermine healthy debate.”

“Time and time again, the president has condoned physical violence and divided Americans with his words and his actions,” the lawmakers said. “Expressing support for the congressman who body-slammed a reporter, the neo-Nazis who killed a young woman in Charlottesville, his supporters at rallies who get violent with protesters, dictators around the world who murder their own citizens, and referring to the free press as the enemy of the people.”

Trump adviser Kellyanne Conway rebuffed the notion that Trump’s rhetoric has incited tensions in the United States, telling CNN, “This president, if you go back and read all of his words after every tragedy, even after the natural disasters that have happened on his watch, his words have been very moving and uplifting. They have been decidedly non-partisan. The president is trying to heal the country.”