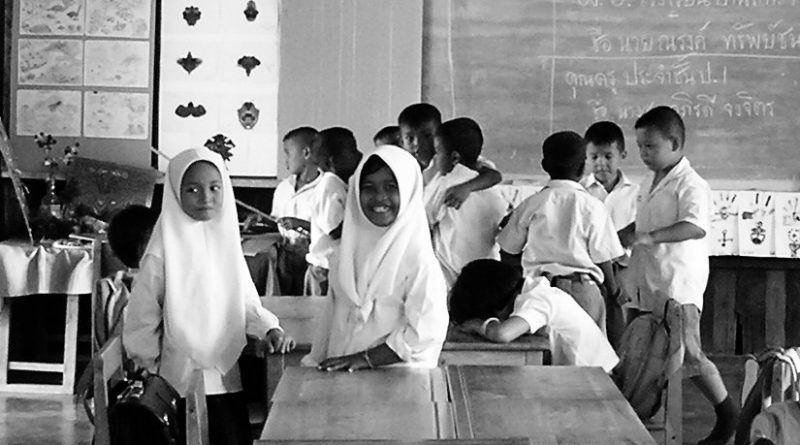 Reports such as blowing up of school buildings and torturing school going children by the Taliban are common in Afghanistan and Af-Pak border region. They are particularly opposed to the education of girls. According to an estimate, the Taliban have attacked and destroyed more than 500 educational institutions in the last five years. On 13 September this year, they attacked a school van carrying students. Five innocent kids were killed by these cruel Taliban in that terror attack. Similarly, last month they blew up a school, just 75-kms from Pakistani capital Islamabad. Notably, the Taliban takes responsibility for all these strikes and also warns of such attacks on education in future. Certainly, their main objective is to keep the Muslims, especially girls, bereft of modern education.

Does the Islam, the holy Quran or the holy Hadith (set of instructions) of the Prophet suggest any opposition to education? Or rather this kind of deplorable and inhuman act on the part of the Taliban is due to their own version of Islam? The Prophet said that those who have a daughter should respect her and treat her no less than a son. Female education in Islam is stressed upon because an according to the Islamic beliefs, educated woman is an integral part of a happy home and a developed society. No society can expect to be developed unless its women are educated. True Islam not only endorses women education; it also spreads the message of peace and wellness for all. Education is important for the progress of Islam itself.

It is ironical that the terrorists who themselves are engaged in illegal drug trade, buying weapons from money earned by that trade and spread terror using those weapons, are killing the school going children and blowing up school buildings. How can the Islam, which considers murder of a person as the murder of mankind, be responsible for such shameful acts of these terrorists? It was the high character of the Prophet and his message of love and brotherhood that helped the spread of Islam in the world, not the horrendous acts of the Taliban. But in order to pursue their petty interests, the self-appointed guardians of Islam have started presenting it in such a distorted form that Islam today is becoming synonymous with terrorism and violence.

While education is being obscenely opposed by the Taliban in Afghanistan and Pakistan; on the contrary in India, the fatwa (decrees) are being issued by the clergy to make girl education mandatory. Referring to the holy Quran and Hadith, the Muslim community is being made aware of the pros of modern education. It is said in such fatwas, “a human’s duty is to spread the light of knowledge in the world.” The established view in Islam is that an educated woman can educate the entire society. The Prophet has said that people who make their daughters well educated and get them married in a better way, are entitled to the Jannat (heaven). Islam not only provided for education for one’s children, but also for the education of serfs & slaves prevalent during ancient times.

The question is when Islam is a religion spread across the world and its teachings apply equally to the entire Muslim world, then why is there a sea of difference in the fatwas of Indian Muslim clergy and the violent opposition to education by the Taliban? At present, along with the religious education, the modern and vocational educational is being imparted in the Indian Madrasas. Every year, while there is news of many Muslim students passing the most reputed Civil Services Exam of India. This year this exam was cleared by a student of Deoband Islamic Seminary. Last year, Shah Faisal, a Muslim student from the restive state of Jammu and Kashmir made Indian Muslims proud, when he topped this exam. Interestingly, Faisal’s background is intriguing. His father was killed by militants in Kashmir. Defying all odds, his mother educated Faisal and inspired him to compete in this biggest exam of the country. Her efforts ultimately paid off, when her son topped the exam.

But the kind of cruelty and brutality witnessed in Afghanistan and Waziristan area of Pakistan since last two decades is a blot not only on Islam but the entire human civilisation. These terrorists themselves survive on illegal drug trafficking, which is completely anti-Islamic in the first place. Their daily acts include insulting, torturing, killing women, making human bombs and using them to kill innocent people. The fact is that these forces are not able to call Muslims but the biggest enemy of Islam and the mankind.

Home » Opponents Of Education Are Enemies Of Islam – OpEd

Tanveer Jafri is a columnist based in India. He has written hundreds of articles for popular daily news papers/portals in India and abroad. Jafri writes in the field of communal harmony, world peace, anti communalism, anti terrorism, national integration, national & international politics etc. He is a devoted social activist for world peace, unity, integrity & global brotherhood. He is also a receipent of many awards in the field of Communal Harmony & other social activities. (Email : [email protected] )