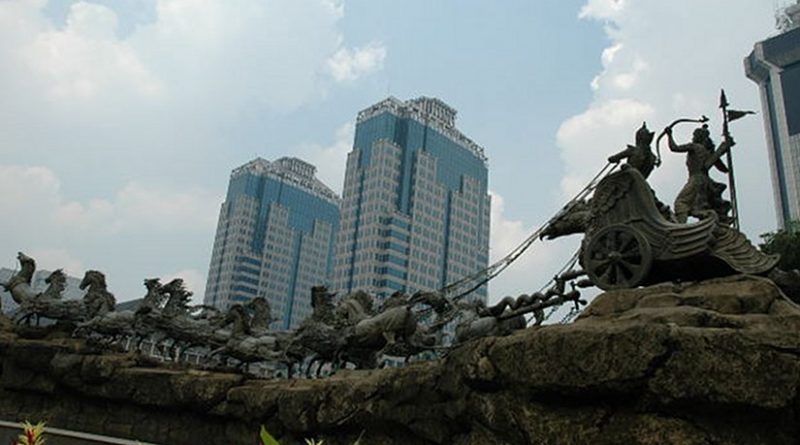 Compared with 2012, the Jakarta Gubernatorial Elections in 2017 carry greater significance on the Indonesian national stage than ever before. One dimension is politics and plurality.

By Jonathan Chen and Satrio Dwicahyo*

As the Indonesian capital Jakarta swings into its gubernatorial elections set for early next year, it is timely to assess what this political contest means as a barometer for the culture of tolerance in Indonesian politics and society. A candidate from a “double-minority” community – a Christian and ethnic Chinese by the name of Basuki Tjahaja Purnama (Ahok) – is competing for the governorship. He is teaming up with a pribumi and Muslim running mate Djarot Syaiful Hidayat.

Officially known as the Special Capital Region of Jakarta, the city had always been a vortex for political activity. Recent developments in Indonesia’s political landscape further accentuated Jakarta’s role as primus inter pares among all cities in Indonesia where political fortunes were made and broken. In particular its gubernatorial elections, historically a local if not regional affair, now carry the weight of national significance following Joko Widodo’s (Jokowi) and Ahok’s precedent-setting victory in the gubernatorial elections in 2012, where Ahok was then Jokowi’s running mate.

Defying widely perceived stereotypes and conventions, the Jokowi-Ahok pair’s win in Jakarta in 2012 represented a break away from exclusionary politics that favoured putra daerah or ‘native son’, credentials of indigeneity (pribumi or ‘indigenous son’) and the elite-backed establishment. Nonetheless, after just two years as governor of Jakarta, Jokowi emerged on the national stage as Indonesia’s seventh president. This set in motion for Ahok to serve out his remaining term in Jakarta as its first-ever ethnic Chinese governor.

This precedent however could be overturned following the recent spate of anti-Ahok rallies and agitation directed specifically at the ethnicity and religion of the governor. While Ahok is the de facto governor of Jakarta, conservative elements within certain Muslim factions may continue to pose impediments for an effective tenure even if he is re-elected as governor. In fact, the largest politically-motivated demonstration with intent to force Ahok to step down as governor on charges of blasphemy may only be the tip of the iceberg of what is to come.

As outsiders, the pair consisting of Joko Widodo-Basuki Tjahaja Purnama (Jokowi-Ahok) forced the incumbent Fauzi Bowo-Nachrowi Ramli pair to a second round of elections in which the former emerged victorious during the 2012 gubernatorial elections.

Many relegated the pair’s win to the influence of the ‘Jokowi Effect’ which alluded to the media popularity of the then mayor of Solo, Jokowi. Underlying this effect nonetheless was the nation-wide acceptance of non-elite leaders that had benefitted from the implementation of local direct elections (Pemilihan Kepala Daerah or Pilkada for short) since 2005 and the general fatigue among Indonesians over the established elite class.

Pilkada as an Opening for Greater Tolerance?

The launch of Pilkada indeed provided a fortuitous opening that democratises the Indonesian electoral landscape allowing for these new, pro-reformist leaders to arise. Jokowi for example started out as mayor of Solo in 2005, the same year in which Ahok became the regent of East Belitung district.

Having served as Jakarta governor for a mere two years, Jokowi took the plunge to run for the presidency under the banner of the Indonesian Democratic Party of Struggle (PDI-P). With Jokowi inaugurated as Indonesia’s seventh president, Ahok automatically assumed the position of governor of Jakarta.

While the decision Jokowi took may have been largely driven by a strong wave of popularity, it did raise certain concerns and implications regarding the future role of governorship in Jakarta. Some Indonesians perceive such a move to be opportunistic, citing Jakarta as a ‘stepping-stone’ city of quick fixes and vacuous mega projects. Others see direct presidential ties to Jakarta as an asset and a safeguard. Nonetheless with Jokowi’s precedent many now see the Jakarta gubernatorial elections in a new light.

Ahok’s transition to governor of Jakarta was not smoothing-sailing. Marred by political partisanship, Ahok left his sponsor, the Gerindra Party, due to differences in opinion over the abolition of the Pilkada and became an independent for a period. His characteristically blunt and abrasive manner drew the ire of certain quarters in Jakarta. On the other hand, his no-nonsense attitude towards corruption won him a strong group of supporters also known as ‘Friends of Ahok (Teman Ahok)’. Whereas a Jokowi-Ahok team may initially be a very much preferred option, Jakarta under the governorship of Ahok did not fare badly either.

Despite these innovations, a Jakarta under the governorship of Jokowi (2012-2014) and Ahok (2014-2016) was not one that remained politically unchallenged by the entrenched elite-driven establishment.

Early on in their respective tenures, both Jokowi and Ahok attempted to unravel strongholds that remained impervious to their reformist reach. One of these initiatives was the regulation of mafia-backed street vendors in the Pasar Minggu and Pasar Tanah Abang districts.

These eviction policies were continued by Ahok targeting vulnerable shantytowns along the Ciliwung River in a bid to mitigate the effects of annual flooding. They were however looked upon as unpopular and callous by certain segments of the Jakarta population. Disenfranchised, these communities became genuinely displeased with Ahok. Unfortunately, these grievances also provided fodder for the entrenched Jakartan elites to strike back at governor Ahok, sometimes on dubious grounds.

With the 2017 gubernatorial elections fast approaching in January, three pairs of candidates consisting of incumbent Basuki Tjahaja Purnama – Djarot Syaiful Hidayat, Agus Yudhoyono – Sylviana Murni, and Anies Baswedan – Sandiaga Uno are slated to campaign and participate. In light of the new impact of Jakarta politics on national-level politics in Indonesia, the various teams’ participation carries varying implications that are far-reaching.

Implications of Having Three Competing Teams

The incumbent Ahok-Djarot pair generally represents the status quo of inclusionary politics that had 2012 as its precedent. Their win would certainly be a boost to the Jokowi presidency and factions currently loyal to the administration.

The Agus-Sylviana pair represents a newly emerging political dynasty which many look favourably upon. Agus’ decision to withdraw from the Indonesian military at the height of his career as an infantry major in the army speaks more about the appeal of political office and the even greater attraction of Jakarta as the unequivocal platform.

If anything the gubernatorial elections in Jakarta is certainly one that involve high stakes for Indonesia as a whole. Short of allowing the Jakarta elections to be sabotaged by dirty politicking and disruptive elements hostile to inclusionary forms of politics, the proceedings and results of the 2017 elections will be closely watched by Indonesia watchers.

*Jonathan Chen and Satrio Dwicahyo are respectively Associate Research Fellow and Research Associate at the Indonesia Programme of the S. Rajaratnam of International Studies (RSIS), Nanyang Technological University. This is part of a series.