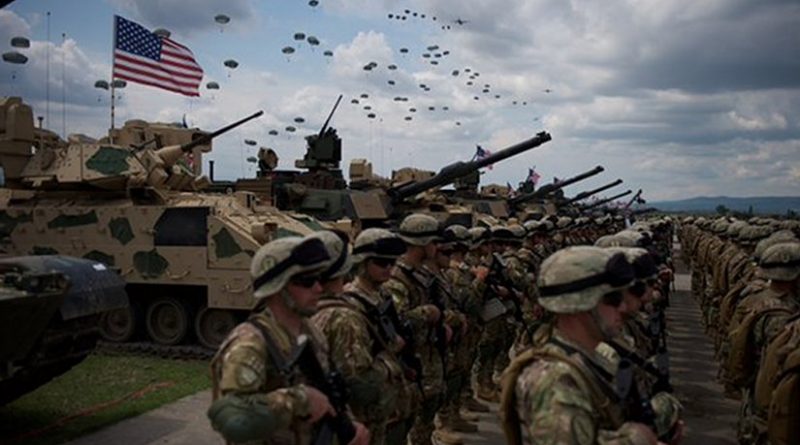 US troops participating in Noble Partner Drills in Georgia. Photo Credit: US Army.

Karasin’s statement comes slightly over a week after the United States State Department approved a possible USD 75-million Javelin anti-armor missiles sale to Georgia, “the first U.S. military deal of such scale with Georgia since 2008,” as described by the Russian Foreign Ministry.

According to the Ministry, at a regular pre-GID meeting, the Russian side “once again emphasized the danger of the deepening military cooperation between Tbilisi and NATO member states,” and also stressed that “instead of training the Georgian peacekeepers, Washington will now be training regular combat units.”

The Russian MID mentioned other concerns as well, saying “Washington is also planning to help Tbilisi build another combat training center in Georgia.”

According to the U.S. Department of Defense, under the State Department-endorsed deal, Georgia is to purchase 410 Javelin Missiles, and 72 Javelin Command Launch Units, as well as the elements of logistics and program support. Georgian officials stress the weapon will be used solely for defensive purposes.

Extreme poverty in the world is increasing as economic progress goes up. The poor are a result of consumerism, Approximately