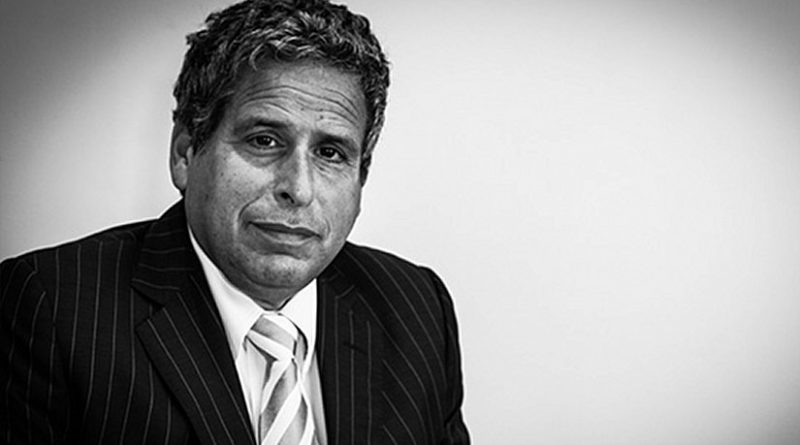 It is with profound bemusement these days that I find myself targeted on a near-daily basis by Fethullah Gülen’s media empire, led by Today’s Zaman, implying that I am now somehow the accomplice to terrorist sympathizers. As usual, the claims made by this sort of propaganda strain credulity and rely on a broad array of manufactured evidence – a skill that the Gülenists appear to have honed over the years.

As someone who has traveled to and worked in Russia since the 1970s, it seems that the Gülenists are running a fairly sophisticated Soviet-style information operation, with targeted and disciplined messaging that is optimized for foreign consumption. The goal is not necessarily persuasion, but confusion – to muddy the waters with enough bogus claims that the audience gives up on figuring out the truth.

Following our first press conference announcing the global investigation, I was attacked by a slew of anti-Semitic Gülenists on social media via a troll army. Then, suddenly and comprehensively, the trolls stopped and uniformly shifted toward the current “Al-Qaeda narrative,” which they appear to believe will play better to Western audiences.

At the core of this latest round of hyperbole is a lawsuit filed on December 7 before a Pennsylvania District Court which seeks redress on behalf of three plaintiffs who were thrown in jail on false charges by Gülen’s orders. According to the complaint, parallel state operatives acting on orders from the cleric allegedly planted fake evidence, fabricated search warrants, secured illegal wiretaps and ultimately arrested plaintiffs without any legal basis.

However instead of attempting to disprove any of these serious allegations, Today’s Zaman has leapt into action with no fewer than six articles to date to attack the plaintiffs and counsel and falsely attempt to argue terrorism ties based on the same old twisted arguments and bogus claims which have already been disproven in the original case.

Think about the meaning of this for moment: in what other country on earth would you find a major news publication hysterically publishing one-sided defenses for a private citizen who is being sued in a U.S. civil suit? Secondly, it requires a breathtaking level of chauvinism by the Gülenists to actually believe that this is a sufficient response to the urgent concerns raised in the lawsuit, as well as the cascading series of corruption scandals being revealed.

Lastly, what does it tell us that Gülen’s media group isn’t even bothering to deny the key allegation that the he was involved in framing people? Are we to understand that they agree and acknowledge their complicity? They appear to be laboring under the misapprehension that it’s OK to commit crimes so long as they first paint their victims as terrorist sympathizers.

There has been a remarkable separation in recent weeks between what the real media is discovering about the Gülen movement and the sensational fantasies being peddled by Today’s Zaman.

While Gülenist media dedicates its column inches to invented terrorism sympathies, other international media are reporting the real story about Fethullah Gülen. In Anaheim, California, the school board is pushing forward a moratorium on the approval of charter schools because of the abuses known be committed by the Gülen organization. “Why are charter schools continuing to hide their funding, ownership, and financial relationships? Why don’t they allow open access to financials, including budgets and salaries, even though they spend taxpayer money, just like public schools do?” said one trustee in the press release.

Separately, the Chicago Sun-Times uncovered a scheme by the Gülen-affiliated Concept Schools to illegally funnel more than $5 million of taxpayer money out of the state and out of the country. This investigation points to the illicit financial flows that have been suspected for years – that the Gülen sect is embezzling taxpayer funds from the U.S. charter school network to fund their international recruitment activities and their core mission to destablize the elected government in Turkey.

In recent months there have also been a series of investigative reports published in U.S. media such as USA Today, Daily Caller, and Forbes revealing alarming levels of secretive lobbying activities and other abuses of the U.S. political system by the Gülen sect.

So where are the answers to all these questions? Why is Today’s Zaman continuing to hide behind diversionary claims, instead of dealing with the real issues and joining the dialogue the rest of the world is having about this group’s pernicious activities?

We are patiently waiting for the Gülenists to come to their senses and engage in a responsible fashion with regard to these serious allegations. These tactics of dissimulation and blood libel are wearing thin, and fall very short of their proclaimed values.