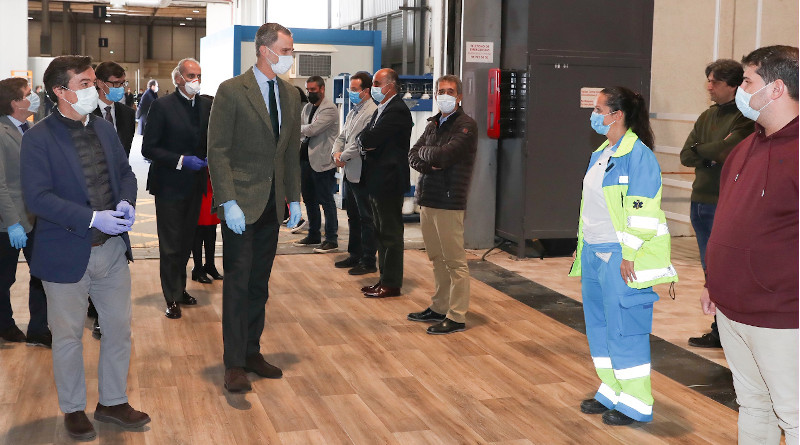 Spain’s armed forces have helped make 16 field hospitals operational around the country, with the aim of offering a swift response to the needs to increase the healthcare capacity in view of COVID-19 and to increase the number of hospital beds.

Furthermore, servicemen from the Engineers’ Regiment number 11 (REI 11), based in Salamanca, have completed the extension to Gregorio Marañón Hospital in Madrid, to increase its healthcare capacity due to the effects of the coronavirus. On Sunday, 29 March, the same regiment increased the healthcare capacity of Segovia General Hospital.

The main contributions from the armed forces to this deployment have been engineering advice to install the hospital centres and technical health advice on the distribution of functions and medical care. They also provided transport support to deliver the beds and all the material needed.

The preparation and experience acquired in theatres of operation by Spanish servicemen in assembling field hospitals has meant that personnel specialised in electricity, plumbing, air conditioning systems, masonry and soldering can work on maintenance tasks at hospital complexes and in installing other provisional structures to extend the health measures during the crisis caused by COVID-19. This was made clear in the collaboration between the armed forces and the Regional Government of Madrid in the installation of the provisional hospital at the IFEMA trade fair site.

Other centres where the armed forces have intervened include the hospitals in Albacete, Tres Mares in Cantabria, the Red Cross Hospital in Santa Cruz de Tenerife and Zaragoza Military Hospital, as well as in the installation of various triage zones for patients in Leon, at the HUCA in Oviedo and at La Palma General Hospital.