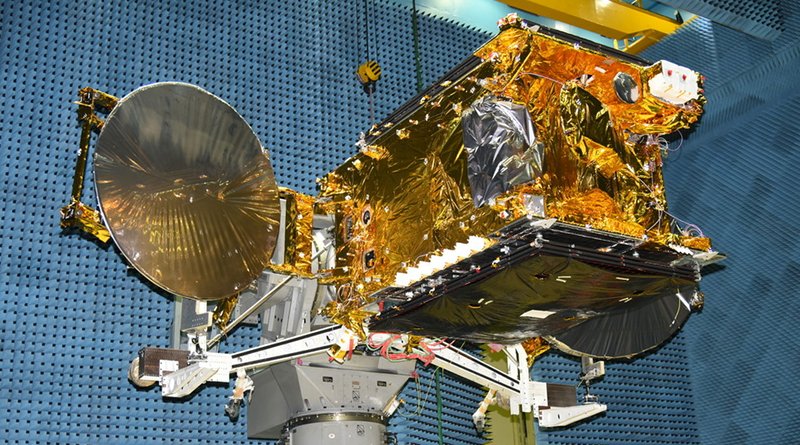 Since the launch of the first satellite in 1957, humanity has been using outer space for the purpose of intelligence, surveillance, reconnaissance, communication, monitoring, global positioning and navigation. Military and strategic usage of outer space has provided states with the ability to have early warning systems, effective nuclear command, control and communication (NC3) and strategic intelligence. Space based systems are important for states and militaries because they ensure the availability of information and data to all other services (land, air and water). Therefore, space is an ultimate high ground for the information warfare for nearly 70 years. The end of the Cold War, and the beginning of the multi-polarity and effective display of space capabilities as force multipliers during the “Operation Desert Storm” brought many states into the race of space control and power.

Today 50 countries are operating more than 1,950 satellites in outer space, which includes 846 commercial, 302 military, 385 government, 145 civilian and 279 mixed usage satellites. Satellites are light weight objects, moving at extreme speeds, a marble size object hitting it in space would cause a satellite irrefutable damage. Hence, these strategically important assets in space are at extreme odds with different kinds of vulnerabilities.  Due to emerging technologies, hostilities and competition among states, most of the vulnerabilities to space assets are man-made. These threats/vulnerabilities are not shocking for states, as a US Space Command publication in 1997 stated that considering the importance of space systems in military operations, it is unrealistic to imagine that they will never become a target.

The ability to target satellites in outer-space is also known as “counter-space capabilities” or “anti-satellite weapon systems”. Counter-space capabilities are defined as military capabilities that seek to prevent an adversary from exploiting space to their advantage and enable a state to have a desired degree of space superiority by the destruction or neutralization of enemy forces. Today under the imperatives of their national security concerns states are more inclined towards the usage of counter-space capabilities. Although, these technologies were present during the Cold War, today states are using them to manifest their hostilities towards each other.

ASATs or counter space capabilities are generally kinetic or non-kinetic with capability to target from Earth to Space, Space to Space or Space to Earth. Kinetic ASAT capabilities are visible and difficult to hide. Since 2007, different states have shown the ability to conduct kinetic ASAT missile tests by destroying their own satellites, which resultantly left huge debris in outer-space.

However, non-kinetic (physical and non-physical) counter-space technologies are also flourishing, which include orbital threats, electromagnetic pulses, electronic warfare and laser beams. According to open-source reporting, space-faring states are developing non-kinetic counter-space technologies against each other. Examples of such incidents include the reports on the US capability to jam Global Navigation Satellite Systems (GNSS) like GLONASS or Beidou in a small restricted area of operation. China also reportedly successfully blinded satellites in 2005 and 2006. In 2011, Iran also displayed its counter-space electronic warfare capabilities by destroying the US RQ-170 UAV, this claim was not confirmed by the US. Russia has also invested in electronic space capabilities such as ongoing development of electronic warfare capable aircraft to disable enemy communication and navigation, and has already developed laser based ASAT on the A-60 aircraft and designated jammers known as R-330ZH and R-381T2.

Cyber-ASAT is another counter-space capability that can be very damaging for space assets. Space satellite systems are made-up of complex and inter-mingled cyber systems, which comprises of hardware, software and digital component.  Just like any physical attack on space based assets, cyber-attacks also have the capability to undermine deterrence and cause massive damage, uncertainty and confusion. During a hearing, a US military official went on record and stated that cyber threats are the “no.1 counter-space threat”.

According to the Consultative Committee for Space Data Systems most common counter-space cyber threats to the space segment, ground segment and space link communication segment are unauthorized accesses, spoofing, replaying, software threats, data corruption/modification, ground system loss, interception of data and insider threats due to social engineering. However, in extreme cases cyber-ASAT can completely control and destroy satellite, or some vital part of its operation and structure. A chance of a cyber-attack happening to any space asset is way more than any kinetic hit, as cyber-attacks are widely accessible, cost-effective, and can be deployed more easily, provide easy deniability and are difficult to attribute.

On the top of this, cyber-ASAT are challenging to states because they happen at a relatively faster speed, and without any warning. Moreover, these threats have the capability to hide in plain sight till the critical moment. Due to the interdependence among the systems, whether they are civilian, military or strategic, a cyber-attack on any satellite could adversely affect the communication, navigation, integrity of military operation and NC3 system of state.

Cyber-ASATs are not some distant realities or a far-fetched idea, they are actually happening, and states are blaming each other for such attacks. Almost 10 years ago the US issued a report titled “US-China Economic and Security Review Commission Report”, which stated that two of the US satellites were compromised in 2007 and 2008 via a cyber-attack. The attack was regarded as alarming because hackers managed to complete all the steps required to command the satellite, which means the hackers might have stolen the data and damaged the satellite.

Cyber-attacks on satellites can cause serious issues, if they tend to happen between neighboring hostile nuclear states. South Asia is a region where intense military modernization is taking place at a rapid speed between India and Pakistan. India has an advanced space program in comparison to Pakistan’s space program. However, a significant factor in this regard is that due to its ambitious foreign policy, India aspires to be a global power, which puts India face to face with China. Both countries have also fought a war on 2,100 miles long disputed border in Himalayas. Therefore, India most likely would try to acquire technological sophistication to ensure that its space assets would not remain vulnerable to Chinese counter-space cyber-attacks.

India is expanding its space program very effectively and rapidly, this growth at the same time will increases the vulnerability of its systems to cyber-attacks. This need is well realized within the Indian policy circles and policy initiatives such as establishment of units to handle space and cyber warfare are undergoing. The cyber unit would be responsible for sharpening offensive capabilities, while space warfare unit would be responsible for protecting Indian space assets.

Moreover, India and Japan have decided to cooperate in the area of cyber security and outer space in the backdrop of growing cyber terrorism and India’s successful ASAT test. Moreover, in 2019 India conducted a successful ASAT missile test in lower earth orbit. These developments show that India wants to acquire ASAT capabilities and offensive cyber capabilities, which if joined together becomes a classic counter-force cyber capability.

The focus of Indian policy makers towards cyber security is relatively new, which makes its military systems prone to cyber-attacks. Like its neighbor, Pakistan is also working to make itself more digital and secure its cyber systems. The space program of the country is at a nascent stage and most of the space satellites are launched with the help of other countries, mostly China.

To advance its space program Space Program 2040 was launched by Pakistan which includes points like establishment of ground stations and ancillary facilities for reception and use of data, establishment of satellite tracking facilities, launching of multipurpose satellites and development of satellites and satellite launch vehicles. Like India, not much is known about the extent of Pakistan’s offensive and defensive cyber capabilities. Pakistan has not formulated a National Cyber Security Strategy, though it was presented to National Assembly of Pakistan in 2013.

Most of the reported attacks between India and Pakistan are of website hijackings; however it would be unrealistic to believe that no other attempts are made or in a future conflict/crisis situation both states will not retort to offensive cyber capabilities towards each other. In any such moment a cyber-attack on any satellite to corrupt or modify the data or complete acquisition and destruction of satellite would severely undermine the existing deterrence by creating confusion and uncertainty.

Due to increasingly blurring lines between peace and war time use of cyber-ASAT, both countries need to develop the resilience and security in their respective civilian, military and strategic systems. With the ongoing hostilities, it seems impossible that both countries might go for any confidence building measure in the near future. Thus, it is necessary that both states strengthen their systems and make some rules of engagement in this highly vague domain to avoid any major catastrophe.