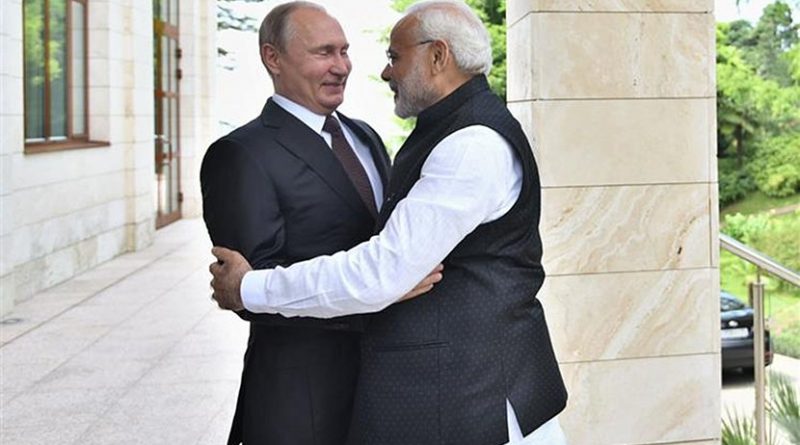 Recently, during the visit of Russian President Vladimir Putin to India, a contract of selling S-400 to India was signed between both states. S-400 is the best available missile defense shield in the market, which is mobile and has the ability to engage UAVs, fighter planes, ballistic missiles as well as cruise missiles through surface to air attack and is worth nearly US $5 billion. In the early variants of S-400 missile defense shield, hit to kill technology was missing but now Russia is developing and equipping S-400 technology coupled with hit to kill technology as well.

The deal was signed between both countries after India recently signed the COMCASA with the US and was also given the status of STA-1 by the US. It is pertinent to mention here that the US has approved the law known as CAATSA (Control on America’s Adversaries through Sanctions Act) to restrict the arms exports of its adversaries, which also includes the import of S-400 missile defense shield. Recently, sanctions were slapped on China for buying S-400 technology.

Fact to reckon here is that India signed this deal with Russian despite the threats of sanctions from the US, which explicitly shows that India is willing to take risk regarding US strategic partnership amid its national interest and long withstanding arms partnership with India. Moreover, it also tells that the US is willing to make India an exception again and will probably grant the waiver. Reportedly India is offered to receive waiver on this particular deal if it is willing to buy F-16 from the US. India on the other hand has taken time to respond to that because of lack of interest in F-16 technology as it is already in use of Pakistan. But, these developments lead to the point that Trump administration is not willing to lose India as its strategic partner against China rather is willing to turn and twist its own national laws.

In this entire gambit the sufferer is the strategic stability of South Asia, owning to the fact that new arms race will start in the region. Though, S-400 technology is the state of the art defense shield but till this date not a single defense shield made is totally non-penetrate able. Pakistan can penetrate the S-400 technology through two means, one by through the use of massive fire power which can over whelm the system to detect all the targets but this method would be costly for a small nuclear state, which believes in minimum credible deterrence. Second is through the use of more swift, stealth technology that can fly at lower levels, and includes the hypersonic cruise missiles as well. Luckily for Pakistan, it has stepped into the cruise missile technology and is capable of firing them from both land and sea.

However, the question arises that if S-400 technology is penetrable and can be defeated then why the regional strategic stability is growing more and more vulnerable? Answer to this question is that it is because the missile defense shields induce the false sense of security, survivability and invincibility. Amid this false sense of invincibility, a state considers itself free from the threat of mutual vulnerability; which is a basic tenant of deterrence. Nuclear weapons are acquired by states to achieve deterrence, and if deterrence is eliminated one would be adventurous to attack first with a belief that its nuclear forces are safe, which would lead to states going for more offensive postures and lethal technologies.

It is important in a complex and volatile region like South Asia to develop initiatives like arms control restrain, and nuclear confidence building measures to achieve strategic stability in order to divert its resources toward human development millennium goals and poverty elevation. Moreover, both states should stay mindful of the words of Bernard Broody where he mentioned that nuclear weapons are to avert the war not to fight the war. Measures that ensure the prevalence of deterrence should be taken to avoid security dilemma. Lastly, the ultimate goal of the regional security should be the strategic stability, CBMs and negotiations rather than just sitting in our fortified high mighty castles.

One thought on “S-400 Deal: Nuclear Deterrence And Options For Pakistan – OpEd”