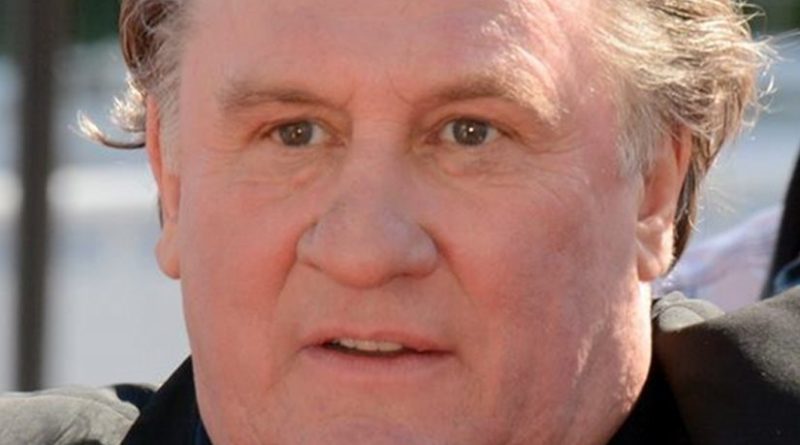 Depardieu — made a Russian citizen by Kremlin strongman Vladimir Putin — will feature in a screen adaptation of a 2013 novel called “Le Divan de Staline” (Stalin’s Sofa), the representative said.

The source confirmed a story in the movie business journal The Hollywood Reporter, which said the film will be directed by French actress and director Fanny Ardant.

The novel, written by Jean-Daniel Baltassat, is set in the Soviet Union of the 1950s, centering on a young artist who is commissioned to create a monument to Stalin but faces scrutiny by the KGB, the Reporter said.

The film will be produced by a French-Portuguese company, Leopardo Filmes, while the Moscow-based studio Mosfilm will provide costumes and props.

Depardieu, 67, is one of France’s most successful actors, winning huge praise for his roles in “Cyrano de Bergerac,” “Les Miserables,” “Jean de Florette” and other films. He is best known abroad for the romantic comedy “Green Card.”

But he has repeatedly made headlines in his country of birth for stirring controversy and backing unpopular causes.

Depardieu was given Russian citizenship by presidential decree in 2013 after publicly criticising France’s high taxes and taking up residence abroad.

In separate interviews this year, he has praised Belarus President Alexander Lukashenko — lashed for rights abuses by monitoring groups — as “a nice guy” and described the United States as “a people who have constantly destroyed others.”

“They fought each other, destroyed the Indians, after that they perpetrated slavery, then there was the civil war. After that, they were the first to use the atomic bomb… No, I prefer being Russian,” he reportedly said.