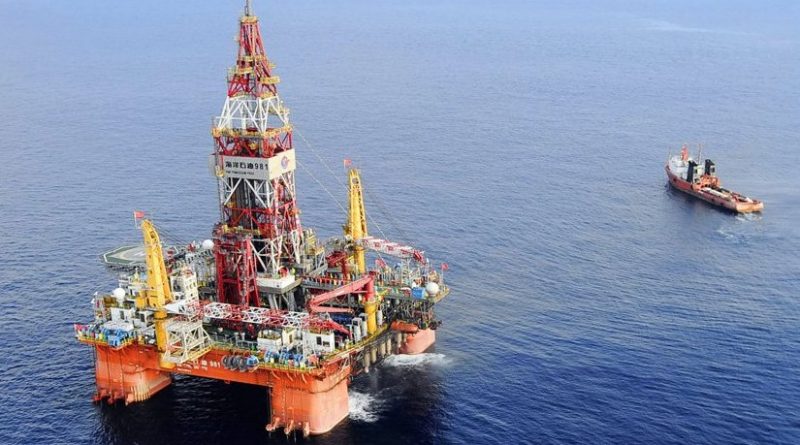 The pace was substantially slower than the 5.7-percentincrease estimated by the National Development and Reform Commission (NDRC) planning agency in January.

All the results last year were in low single digits as domestic output was up by a scant 3.5 percent. The NDRC said the domestic production growth was even lower at 2.9 percent.

Imports of 62.4 bcm rose 4.7 percent from a year earlier, including both pipeline and liquefied natural gas (LNG), CNPC said.

Despite the government’s push to promote the cleaner- burning fuel as a partial replacement for coal, 2015 marked the second consecutive year of tepid growth.

In 2014, gas demand rose 5.6 percent, a shadow of the 14- percent average annual growth rate for the previous five years, according to the International Energy Agency (IEA).

The lackluster performance has taken much of the shine from what the Paris-based IEA once called the “golden age of gas.”

With the latest figures, China’s gas demand has fallen below the IEA’s long-range forecast for average annual growth of 4.7 percent.

Over the past decade, China’s formerly fast-growing market sparked heavy investment in Central Asian pipelines and resources, as well as LNG projects in countries from Qatar to Australia and Indonesia. Returns may now be stretched thin.

The 2015 imports amounted to less than half the capacity of China’s 13 existing regasification terminals and less than a third of those expected to be in operation by 2019.

Mikkal Herberg, energy security research director for the Seattle-based National Bureau of Asian Research, said the surplus of LNG facilities reflects the overcapacity of many industries that has been exposed by China’s economic slowdown.

“It’s kind of the same model. Everybody throws money into these things and they’re not set up to manage with a view toward development of a 20-year marketplace with competing fuels and a much slower economy,” Herberg said. “It’s pretty chaotic.”

While spot market LNG prices have dropped by half over the past year, massive overcapacity in the coal industry has driven prices so low that gas remains a tough sell.

The sudden downturn has added to an escalating glut of gas supplies, playing havoc with contract commitments.

Many of China’s LNG contracts were signed when world oil prices were climbing over U.S. $100 (652 yuan) per barrel, so that long-term contract prices are now higher than spot market LNG rates, the EIA said.

“Major Chinese oil and gas companies have been trying to postpone shipments of contracted LNG to the new terminals and instead purchase lower-priced spot cargoes,” the agency said.

The price squeeze is particularly hard for Australia, which invested heavily in long-term LNG projects for China that are just coming on stream.

This month, Moody’s Investors Service downgraded Western Australia’s credit rating due in part to dimming prospects for LNG and other commodity exports to China.

“(Western Australia’s) expectations that rising production and exports will help fill the void left by the completion of iron ore and LNG projects were being dampened by the slowdown in China,” the national daily The Australian reported.

In 2015, China’s weaker economic growth, particularly in heavy industry, dragged the rise of power consumption down to just 0.5 percent, narrowing opportunities for gas.

In January, an official at the China Petroleum and Chemical Industry Association told Reuters that the price cut is expected to raise gas demand growth to 6.5 percent this year.

But cheaper prices may only have served to discourage domestic gas production, resulting in even lower output growth.

China’s controlled prices now seem to be at an unhappy medium — too high to promote consumption and too low to spur investment in more production — despite the government’s environmental goals.

“They’re in this middle ground where prices are not high enough to incentivize gas development,” Herberg said.

A 17.6-percent jump in January gas consumption held out hope for better prospects this year. But production rose only 4.1 percent from a year earlier, far less than the 22.6-percent gain in imports, according to NDRC figures.

China has been a relatively high-cost gas producer with no single giant field, putting it at a disadvantage when world energy prices are low.

“I’m not sure there are that many rich pickings in China for gas development,” said Herberg.

Shale gas development and other new technologies, promoted as promising a few years ago, may now prove too costly to pursue at their current low volumes.

“The pickings aren’t necessarily all that great, and the companies aren’t all that efficient and good at doing all that stuff,” Herberg said.

The plunge of LNG prices, which are also affected by low crude oil prices, may raise the prospect that gas imports will soon compete with domestic production.

“If prices get low enough and attractive enough, it’s likely to get almost cheaper to bring LNG in than it is to invest in domestic production,” said Herberg.

The possibility of greater reliance on LNG imports raises a series of questions, including whether China is really building too many regasification facilities after all.

But in the past, China has grown increasingly troubled by security concerns as its reliance on imported crude oil has risen to over 50 percent of demand.

China’s seaborne energy imports have been seen as a factor in its more assertive policies in the South China Sea, prompting international tensions. Greater dependence on LNG imports may only add to the concerns.

Last year, China’s oil imports climbed 6.4 percent to account for 60.6 percent of the country’s consumption, due in part to cheap prices, according to a recent report by CNPC’s Economics & Technology Research Institute.

The study predicted that import dependence for oil will increase to 62 percent this year, the official English- language China Daily reported.

The paper cited unnamed experts as saying that importing “more than 50 percent is a globally recognized energy security alert level, … adding that the expanding oil imports pose risks to the country’s energy security.”