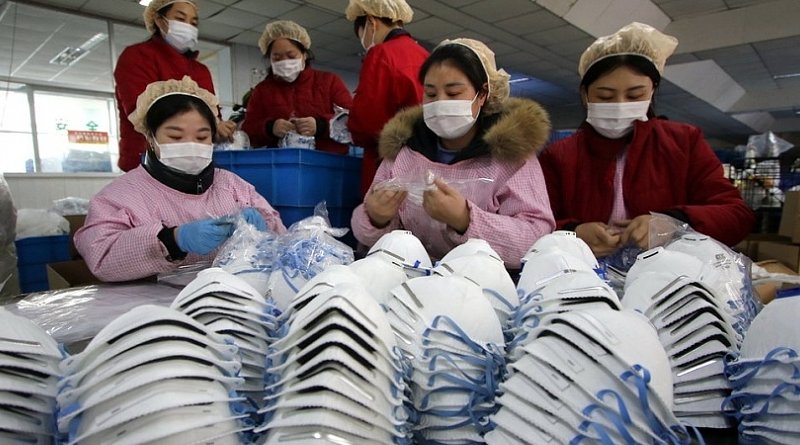 The failure of the NHS to provide adequate protective equipment for its employees–including basic items such as gloves and masks–has been among the many unpleasant shocks of the covid-19 crisis for healthcare professionals.

Yet there is a murkier scandal about the procurement of these everyday items that the NHS has yet to face, writes Jane Feinmann, freelance journalist in The BMJ today.

Mahmood Bhutta, consultant in ear, nose, and throat surgery at Brighton and Sussex University Hospitals NHS Trust, who founded the Medical Fair and Ethical Trade Group in 2006, says he feels “ashamed as a doctor to be wearing gloves manufactured using human exploitation.”

Feinmann explores allegations of abuse around the production of medical gloves and the use of child labour to make surgical instruments destined for the global market.

Bhutta has been instrumental in helping to improve conditions for workers who make healthcare goods, yet labour abuses have continued–with the response to the coronavirus pandemic now bringing about an increase in the suffering of thousands of workers.

It’s a view reflected in the UK Government’s Modern Slavery Statement, published on March 18 2020, which includes a promise by Prime Minister Boris Johnson to ‘take active steps to drive this increasingly pervasive evil out of our supply chains.’

With the World Health Organization warning that the “chronic global shortage of personal protective gear is among the most urgent threats to virus containment efforts,” reports have emerged that a temporary reduction in the production of gloves in Malaysian factories–part of the national lockdown–has been reversed.

What’s more, lobbying by the Malaysian Rubber Glove Manufacturers Association throughout March was supported by both the EU and the UK in communications that appeared to make no mention of forced labour concerns, notes Feinmann.

For example, in a letter dated 20 March, reported by Reuters, the Department of Health and Social Care urged Malaysian authorities to prioritise the production and shipment of gloves that are of “utmost criticality for fighting covid-19.”

In a further statement on 30 March 2020, an NHS Supply Chain spokesperson told The BMJ that the organisation “takes all allegations of labour abuses in its supply chain very seriously and we have a range of contractual arrangements and initiatives in place to try and prevent such situations arising.”

Feinmann acknowledges that taking action against modern slavery is not straightforward, with the potential for action at government level to backfire.

But demands to end forced labour and debt bondage is not happening in medical trade, according to migrant worker specialist, Andy Hall. Rather than introducing sanctions, he says “a better response is for organisations to reward or benefit suppliers demonstrating good working conditions.”

Bhutta argues that healthcare professionals “should care enough to do something about a situation that is unethical and illegal and affects the mental and physical health of hundreds of thousands–whether through propagating poverty, risking bodily injury, or through stress and depression from long working hours and a lack of respect at work.”

For him, lessons should be learnt from the difficulties of getting supplies of PPE during the covid-19 emergency. “We’ve learnt how reliant we are on manufacturers overseas and how precarious our supply chains can be.”

And he suggests that “by offering a fair price and asking suppliers to show respect for workers, backed by financial or contractual rewards, we can develop long term mutually beneficial relationships.”