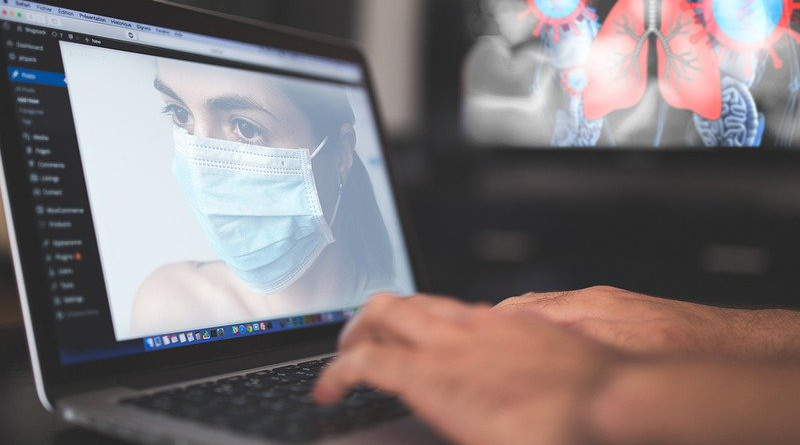 Use of apps like Zoom, Houseparty and TikTok has risen massively in the lockdowns – but so have data breaches, security vulnerabilities, concerns about espionage and other challenges.

More than ever before, because of the coronavirus outbreak, use of video conferencing is on the rise.

Whether it is attending work meetings or online seminars and conferences, or taking part in leisure activities like online fitness classes and birthday parties – video conferencing and social media apps have brought huge relief, and a sense of continuity, to people feeling trapped inside their homes by government-imposed lockdowns.

However, while the coronavirus wreaks havoc outside, this time of increased online activities has also generated growing challenges. While some of the most popular video conferencing and video sharing apps, such as Zoom, Houseparty, and TikTok, have seen record-breaking growth in the numbers of users, the apps have also faced serious data breaches and other cybersecurity-related issues.

Cybersecurity experts say that while use of the apps has clearly reduced the risk of people getting infected with the virus by going outside, the same isn’t true for other viral problems, talking about cyberspace.

“Disclosure of personal data, recording sensitive information, or storing people’s profiles on unauthorized servers are some of the risks that go hand in hand with the use of video-conferencing tools,” says Skopje-based cybersecurity practitioner Daniel Trenchov.

“Greater use of virtual telecommunication tools does eliminate pandemic-induced risks,” he adds, “but not necessarily cybersecurity ones.”

Zoom ‘bombing’ is on the rise:

Last Friday, Michael Oghia, a Belgrade-based internet governance consultant, was getting ready for his weekly Zoom conference call with colleagues all over the world.

Usually, the group uses these meetings to chat and discuss ongoing social developments. This time, however, they experienced something more unpleasant.

“Around 45 minutes into the event, when one of the speakers went to share his screen, all of a sudden a child pornography video appeared. Once I realized what was happening, I immediately shut my laptop out of shock,” Oghia said.

“Zoom-bombing” incidents like this have become a regular occurrence for those using the app lately. In the last few months, since the coronavirus outbreak started, the app has seen the number of daily users increase hugely from 10 millio to 300 million.

After the incident, Oghia contacted Zoom to report what had happened. The company replied that it would investigate.

“Zoom-bombing is on the rise, and in this particular case, I’ve heard of multiple instances over the past few days of it happening (one group was the UK-based Open Rights Group, for instance),” Oghia explained.

“There will always be issues with safety concerns, but this is no excuse. I’ve used Zoom for years, and the ease of using the platform and the features it has have made video-conferencing easier. But they need to do an even better job at ensuring their privacy and making sure the security features are clear and easy to use.”

The incident prompted Oghia and his colleagues to prepare a short “zoom-bombing” prevention and resources guide to help others that are using Zoom and other video conferencing software.

In its latest statement, Zoom said that it would release an improved version of the app, addressing security concerns about phemonena like “bombing”, while also having upgraded encryption features.

More education in safe use of apps needed:

When it comes to the security of video-conferencing apps, several factors are crucial, cybersecurity experts explain. One is having a proper education in the safe use of these social tools.

“These apps have a very useful role and that is why their use should not be avoided, but it is necessary to educate ourselves more, to provide the highest possible protection,” a Skopje-based personal data protection expert, Ljubica Pendaroska, told BIRN.

It is essential to note that not every app is designed for use at home. Zoom was designed for use by large businesses with in-house IT specialists who would set up and control the software when using it, Pendaroska explained.

Now, especially during lockdowns, while Zoom is still mostly used for business purposes, people are using it more for family events such as birthdays, or even wedding celebrations.

“Potential hazards also come from the fact that these apps detect and remove issues most often on the go, or as they occur,” she said.

“What’s particularly concerning is that most of these tools are not encrypted by end-user to end-user, which increases the possibility of so-called ‘interception’ of communications by unwanted and malicious participants,” she added.

The app is popular with teenagers and youngsters who use it to play various group games, giving it a more fun-based approach compared to other apps. At the same time, these groups are potentially vulnerable to various security issues that can arise.

“There are also apps, for example like Houseparty, where to make it easier to find friends, you can connect your account with phone contacts and social media accounts,” Pendaroska noted. “This enormously increases the potential danger not only for your safety but also for the safety of all these contacts,” she added.

“There could be hacker attacks; during the meeting, the administrator can see details such as the operating system, IP address and location data of each of the participants; also, uninvited users in the communication, if the password is not authenticated, could use the conversation to spread malicious links or send files,” she explained.

TikTok, a Chinese video-sharing social network, is increasingly popular in the Balkans, especially among teenagers who post various challenges to each other, such as dance-offs, sing-offs and so on.

But in some parts of the world, there are initiatives to ban it. In the US, lawmakers have introduced a bill to the Senate, which cites the company’s connection to the Chinese government, saying its potential collection of data from US citizens represents a security risk to the US.

Global cybersecurity companies have also identified many security vulnerabilities in the app that could allow malicious actors to manipulate its content and reveal the personal data of its users.

Cybersecurity experts say one way that tech companies could deal with such security risks and the consequences for their users is by having transparency reports.

“This could also include independent security audits of their code looking for weaknesses and flaws – akin to what Microsoft and Apple do with their operating systems, or what Google does with its “bug bounty” program,” Oghia suggested.

When it comes to the users themselves, the best prevention is to know not only what these apps bring to the table, but just as importantly, what their software solutions and vulnerabilities are.

It’s been a year since, India’s Bhartiya Janata Party (BJP) revoked the Jammu and Kashmir’s special status under Article 370