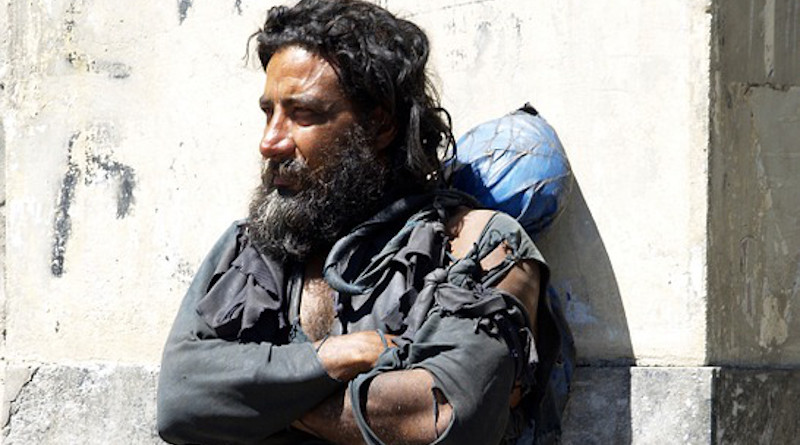 What do a Jesuit Priest working in the poorest neighborhoods of Buenos Aires, and Goya’s controversial CEO have in common? Both are utilizing the benefits reaped from free enterprise to provide badly-needed food aid to South America’s poor.

Rodrigo Zarazaga, “an enterprising Jesuit priest inspired by the work of Pope Francis,” has partnered with businessman Gastón Remy and more than 200 local and foreign companies to establish Seamos Uno (Let’s Be One) to feed more than four million people who live in the “villas” (slums) ringing Buenos Aires.

One the richest countries in the world at the start of the twentieth century, Argentina has since suffered decades of Peronist populism that has plunged it to being one of the poorest. With the government imposing an ongoing nationwide coronavirus shut-down, poverty is rising, and the Seamos Uno program is providing a sorely-needed lifeline with an effort combining Argentina’s top logistics companies filling 17,000 food boxes per shift, with global auditing giants Deloitte, KPMG, and PWC tracking deliveries being made by Catholic and Evangelical volunteers armed with an App developed by consulting firm Accenture.

Meanwhile, Goya CEO Robert Unanue has attracted widespread scorn for his participation in President Trump’s announcement of the White House Prosperity Initiative, an executive order to promote educational and job opportunities for Hispanics–though his participating with President Obama’s 2011 White House celebration of Hispanic Heritage Month earned him no such backlash.

Behind the scenes, Goya is quietly coming to the rescue of the suffering citizens of another country that has quickly fallen from being South America’s wealthiest, to perhaps its poorest under its socialist regime: Venezuela. Working with the Catholic church and local organizations, Goya has “snuck in” an estimated 180,000 pounds of food, and in June announced it would be sending another 220,000.

Both Mr. Unanue in Venezuela, and Rev. Zarazaga in the same Buenos Aires neighborhoods Pope Francis served during his years as a priest, are demonstrating a truth that has eluded the Pope: capitalism, far from being “the economy of exclusion” that Francis has termed it, rather provides the economic plenty that makes private charitable giving possible—and incents the beneficiaries of such plenty to share it, inclusively, with others.

In his 2015 encyclical, Laudato si’, Pope Francis called for an open dialogue about poverty and the destiny of what he calls “our common home”—an invitation to which the Independent Institute responded with our book, Pope Francis and the Caring Society. As Michael Novak predicted in its foreword, and as the pattern of the past 25 years has shown, “More human beings by far will move out of poverty by the methods of democracy and capitalism than by any other means.” We hope Pope Francis—and all those who think capitalism hurts the poor—are learning from these and countless other inspiring examples of capitalism’s transformative benefits, especially for the very poor.

A version of this article was published by The Beacon.

Home » Goya’s Capitalism Is Saving The Poor In Argentina – OpEd