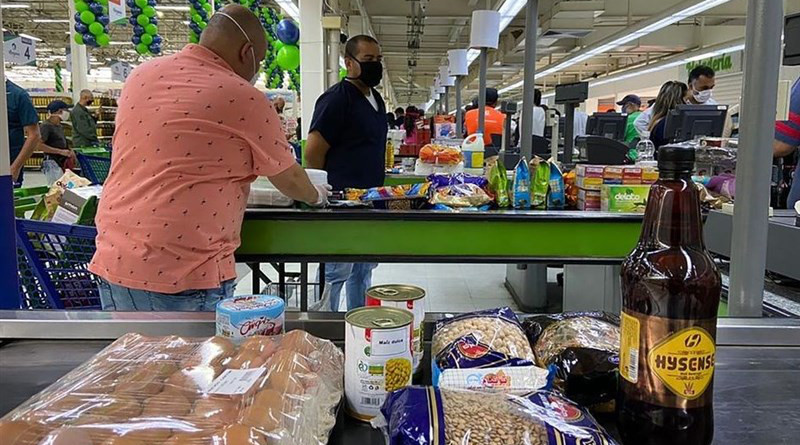 A company with close ties to Iran’s Defense Ministry opened the first Iranian megastore in Venezuela.

Tasnim, which has close ties to the IRGC, said the supermarket is called Megasis and is billed as a cross between Home Depot and Costco. The store covers an area of 20,000 square meters and is selling more than 2,500 Iranian items, including food, clothing, detergents, plastic and disposable products, nuts, and even tractors.

Iran’s ambassador to Caracas said the opening of the store is a move to “counter the US’ policy of economic terrorism and support the Venezuelan nation at the time of heightened sanctions,” Tasnim reported.

The US alleges that IRGC is moving oil through a sanctioned shipping network involving dozens of ship managers, vessels, and facilitators.

One thought on “Iran Opens Megastore in Venezuela”