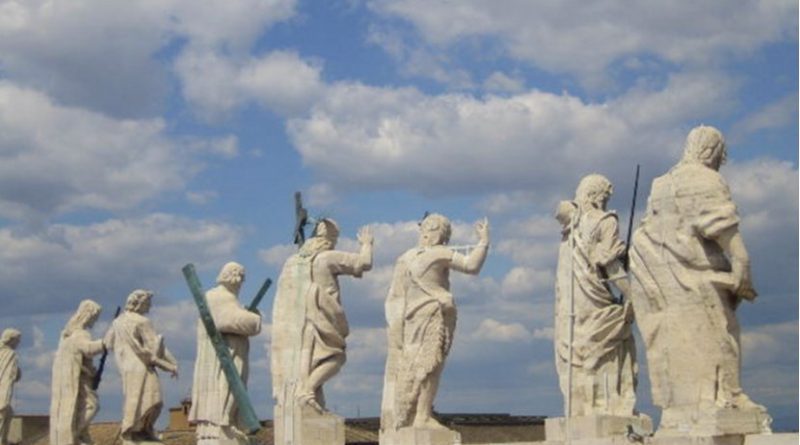 It is Groundhog Day for Vatican financial reform, again.

The new regulations, published in two parts, explicitly aim to inject transparency and accountability into the often opaque budgeting process of the Holy See and its institutions.

In fact, the new laws are not really that new: They resurrect measures called for during the first days of the Francis pontificate. And now they’re back.

The motu proprio, titled “On transparency, control and competition in the procedures for awarding public contracts of the Holy See and Vatican City State,” comes in the immediate context of a serious financial difficulties for the Holy See.

The coronavirus pandemic has dealt a body blow to Church income at every level, from the country parish to the Vatican. Last month, Fr. Juan Antonio Guerrero Alves, prefect of the Secretariat for the Economy, said that the Holy See expects a 30-80% income reduction in the coming year. It is a storm that threatens to sink the Vatican finances, which have run large deficits for years; 70 million euros on a 300 million euro budget for 2018 alone.

The need for practical cost-cutting measures is clear, and the urgency of a comprehensive new system for ensuring value for money in Vatican contracts is self-explanatory.

But within the wider context of Vatican financial scandals, the laws may point to an emerging victory for reformers, after years of setbacks.

In 2014, Pope Francis established the Secretariat for the Economy under Cardinal George Pell. In the years following its creation, the secretariat advanced a comprehensive vision for financial reform, insisting on a wholesale audit of Vatican assets and a review of procurement procedures.

Some in the curia saw those plans as a radical agenda, and Pell was often characterized as a bull in a china shop, out of step with the unique culture and sensitivity of Vatican operations.

Attempts to centralize expenses, standards, auditing and oversight among curial departments were met with fierce opposition, most notably from the Secretariat of State.

Many of the proposed reforms put forward by Pell, including centralizing Vatican investments in APSA, which acts as the Holy See’s reserve bank and sovereign wealth manager, were defeated. Others, like moving oversight of financial transaction data out of APSA and to the Secretariat for the Economy, were implemented 2014 and then quietly rolled back in 2016. Those same reforms have now been brought back to life and into force in the last few weeks.

Monday’s announcement of new standards for contracts and tendering appear to be another example that Pell’s reforming tide is coming back in, with the reiteration of explicit oversight and enforcement powers for the Secretariat for the Economy, now under Fr. Guerrero.

One senior figure close to the secretariat and familiar with Pell’s time in charge told CNA that the new motu proprio was “a wonderful advance” for reformers.

“By themselves they won’t solve the grave financial problems facing the Vatican, but they spell out the methodology which has to be followed going forward: transparency, proper control and competition amongst suppliers with competitive costing and pricing to the benefit of the Holy See.”

Of course, an open process for fielding contract bids will only go so far as a cost-cutting measure. But the new standards are aimed as much at fighting corruption as they are achieving value for money.

Fraud, patronage, organized crime, money laundering, arms dealing, terroism, and human trafficking are all cited as targets of the new measures, and the need to conform to international standards on those issues is cited repeatedly.

New standards for individuals and businesses with whom the Holy See and Vatican City will do business amount to a serious and easily understood fit-and-proper-persons test which must now be applied to anyone looking to partner with a curial department.

Some of the standards appear welcome nods to common sense, excluding companies whose boards include anyone with convictions for fraud, corruption, money laundering and similar crimes. Others go further and could strike at the often complicated networks of nested companies involved in Vatican financial dealings; the new norms explicitly single out companies with obscured ownership arrangements.

Internally, the new rules go further than simply providing mechanisms for enhanced transparency. Perhaps most importantly, they provide new accountability requirements for due diligence processes, insisting on the clear designation and separation of those offering a contract for tender and those evaluating the bids.

The risks of age-old problems like nepotism, conflicts of interest, and insider dealing now must be individually assessed, deal-by-deal, by a named person – attaching personal responsibility to decisions.

Most strikingly, any complaints or accusations brought under the new rules are to be assessed in open court before being referred, if necessary, for further investigation and enforcement action.

Of course, it is this enforcement action which will prove the measure by which the law’s effectiveness is assessed.

“Regular independent auditing will be needed to ensure that these norms are being followed,” a senior figure close to the Secretariat for the Economy warned. That auditing has proved difficult in the past.

The first Vatican auditor general, Libero Milone, was forced from his job under threat of prosecution in 2017, the same year Pell took what became a permanent leave of absence to return to Australia. At the time, Cardinal Angelo Becciu, then sostituto of the Secretariat of State, said Milone had to go because he was “spying on the private lives of his superiors and staff, including me.”

Since then, Becciu’s former department has become the locus of a series of stories of suspected financial impropriety, with apparent conflicts of interest by senior officials, suspicions of nepotism, and links to external individuals and institutions that – put mildly – do not appear to reflect the new standards.

With several members of staff suspended and investigations by prosecutors ongoing, Vatican watchers may give Monday’s announcement a cautious welcome as signs of a new beginning.

But on this Groundhog’s Day, some experts are wondering if this is really a sign of a springtime to come. The best predictor of whether the new reform measures will succeed may prove to be how Vatican prosecutors resolve issues from the recent past.