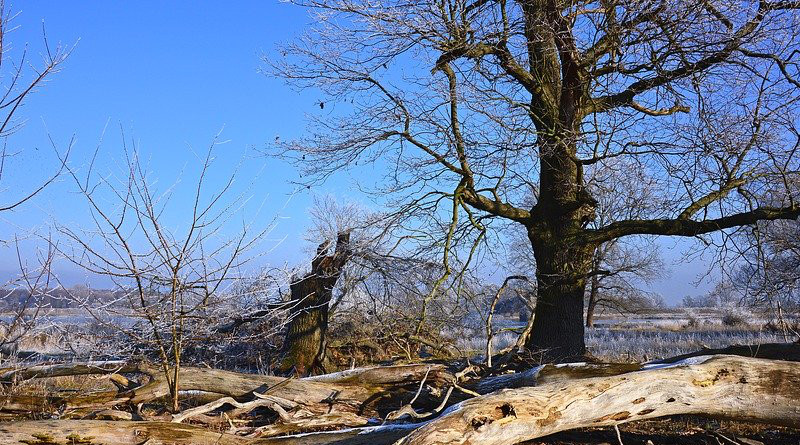 Tree roots have multiple essential functions for their growth and survival. Acquiring nutrients and water from the soil, storing food and anchoring the plant in a substratum are what keep plants alive. In addition, root traits adapt themselves to physical limitation: they grow longer and thinner in dry soils in order to seek faraway water and they stay shorter in compact soils. Thanks to these powers, roots are an important pillar in tree survival strategy.

If root traits reflect and respond to soil characteristics, the study on variations of these traits will help to predict forest responses to global changes, including soil contamination. In search of the main tendencies in the variation of root traits, the professor at the Department of Botany, Ecology and Plant Physiology worked along with research staff at the Institute of Natural Resources and Agrobiology of Seville (part of the Spanish National Research Council) and the University of Seville. The study focused on the variation of 27 root traits (morphological, chemical and isotopic) in seven tree species planted in the Guadiamar Green Corridor in the province of Seville, an area with residual contamination from heavy metals after the accidental spill from the Aznalcóllar mines 22 years ago.

In this study, soil conditions and metal contamination affected root traits. The main tendency of the variation in root traits supports the “root economics spectrum” hypothesis, according to which trees that grow in favorable environments develop longer and lighter roots to maximize resource acquisition, while trees that grow in adverse environments develop shorter, denser roots, in order to use fewer resources. In this sense, contamination fosters the adjustment of a plant’s root traits, with shorter roots being found in contaminated soils.

The study also concludes that there generally is coordination between roots and leaves. The rapid acquisition of water and nutrients via the roots is in agreement with a fast carbon capture and process via the leaves. However, a significant discrepancy between roots and leaves when processing trace elements was found (trace elements being pollutants such as arsenic, lead and cadmium).

These toxic elements get trapped in root cells and are not transferred to the leaves, becoming immobilized in the root. Thus, planting these Mediterranean species could have greater phytostabilization power, removing heavy metals from the soil they contaminate.