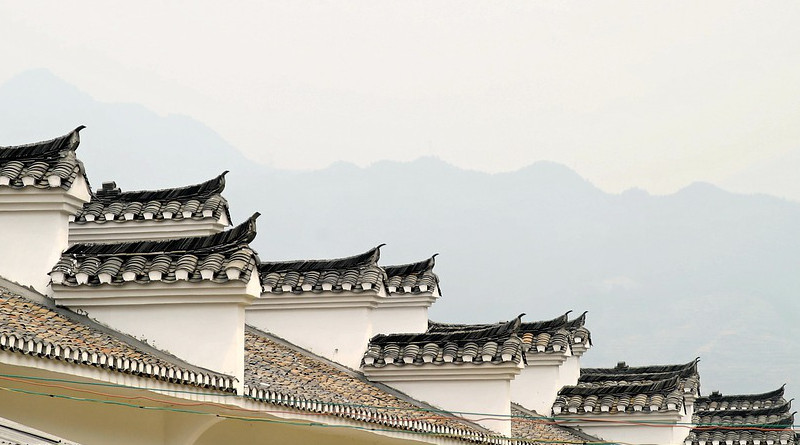 China’s Belt & Road Initiative (BRI) has been, surprisingly, scarcely covered by the American media, overlooked in favor of the topics of trade deficits and now Covid.  The infrastructure megaproject touches over 60 countries and will cost the Chinese government well over $1T (spending has already reached $200B).  Daniel Wagner, who has written books about China thrice over the past two years, has devoted a whole book to the topic, called The Chinese Vortex: The Belt and Road Initiative and its Impact on the World.

From the outset (Pg. 6), Wagner states that, “The BRI is a grand scheme envisioned to project Beijing’s power and expand its global footprint and influence, while creating a foundation for development through the provision of infrastructure project.” It’s a scattershot collection of infrastructure investments in countries around the world, most notably in Asia and Africa.  Earmarked BRI funds, in the form of inter-country loans, are going towards everything from airports, to power plants, to paved roads, to seaports.  Many countries that are normally excluded from access to such loans are able to finance projects, thanks to the BRI’s laissez-faire attitude towards applicants with poor governance or financial stability; think of the Belt & Road Initiative as the NINJA loan lender for developing nations.

Like many of the NINJA loans that failed (and led to the US housing bubble), many BRI loans have been defaulted on by the nations that signed them.  While a homeowner who defaults is forced to relinquish their house, nations who default on loans must surrender far more: for instance, Kenya lost its Mombasa port to China in 2018, while Sri Lanka lost its Hambantota port to China in 2017.  Beijing has made countless other loans to countries who are barely able to keep up with payment; on Pg. 28, Wagner points that, “Between 2013 and 2018, Zambia’s national debt tripled as a percentage of national income. Most of it was owed to China.”  Unscrupulous countries like Zambia have to resort to severe austerity or to cancelling BRI projects pre-completion to avoid defaulting, though China has recently been open to forgiving or restructuring a portion of some of these bad loans, due to international outcry.

Wagner spends the first part of the book discussing the nature of China’s aforementioned BRI loans to countries in Asia, Africa, the Middle East, South America and Europe, as well as China’s motives and the impacts of each kind of project (such as Kyrgyz citizens protesting the dumping of pollutants into bodies of water).  The author then goes into the cyber aspect of China’s domestic and international development.  The yuan will be the first major national currency to be mirrored with a cryptocurrency equivalent, the DCEP.  DCEP’s ramifications on Chinese and international commerce and monetary policy are discussed at length.  Staying along the cyber line, the book also explores the intersection of Chinese tech with state surveillance.

Software, hardware, cloud computing and AI are fast becoming the keys to economic supremacy.  China has been aware of this since the 1980s and, as a result, has positioned itself at the forefront of tech innovation.  A lot of these gains were fueled by state corporate espionage.  Tech companies that want to establish a base in China must give the government almost unlimited access to its secrets, like encryption keys and user data.  This has allowed Chinese tech companies to make leaps and bounds, by enabling China to rip off foreign companies’ software and hardware blueprints.

In this same spirit, China is now falling under suspicion of wanting to export technology that can be used to spy on foreign citizens and companies.  Sensitive products like satellites, phones and telecom-lines are being shipped en masse to countries around the world (though there has been some recent pushback amongst Western nations.  Authoritarian governments, such as Saudi Arabia and Burma, are also clamoring to receive access to China’s infamous Great Firewall censorship and spying software, which can ironically also be used by China to spy on said authoritarian governments.

More favorable publicity has been garnered by China in terms of its environmental outreach, though Wagner points out that the BRI is quite mixed in terms of its green impact.  As noted on Pg. 44, “The CDB and China EXIM financed power plants in 38 countries between 2013 and 2019, nearly half of which were fossil fuel-based.”  China particularly favors funding coal plants, which are inefficient to the point of being phased out in countries like the US.  The BRI has also been surprisingly sparse in terms of wind and solar power projects; rather it favors hydropower as the green energy source of choice.  Hydro dams are incredibly disruptive to both the local ecology and to local residents, who are displaced in the tens or hundreds of thousands to make way for the dams.  Several BRI dam projects in Southeast Asia have been cancelled due to local outcry over these concerns.  BRI projects as a whole generally skip environmental impact reviews, in order to save time and money.  Thus, projects are having all sorts of deleterious effects on local ecospheres.

The Chinese Vortex is a useful and succinct (at about 200 pages) primer on the myriad global effects of the Belt & Road Initiative, from diplomacy, to technology, to commerce.  The chapter on China’s cryptocurrency is particularly groundbreaking, as most people aren’t even aware that it’s in the works.  I wish that Wagner had talked more about the controversies surrounding Huawei and TikTok, as those two companies have some of the most tangible effects on the average Westerner.  Huawei, as one the only 5G telecom contractor not named Ericsson or Nokia, can shape wireless communication for potentially billions of people for decades to come.  TikTok has hundreds of millions of young peoples as active users.  On the whole, this book will prove informative to those who read it.