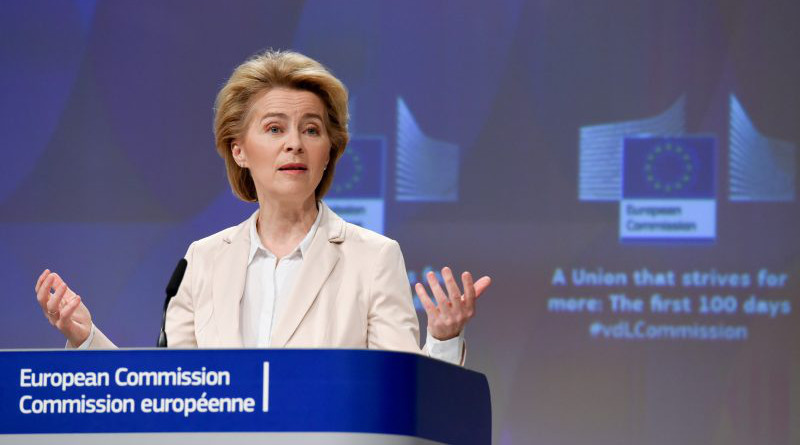 Speaking on Friday (2 October), following the close of a European Council summit, a downbeat von der Leyen said that the call with Johnson would “serve to take stock of the negotiations and look at the time coming up”. The one-year post-Brexit transition period expires on 31 December.

“We want a deal because it is better to have a deal as neighbours – especially in the time of Covid – but not at any price. The topic of the level playing field and fisheries are very difficult,” she said

Von der Leyen added that talks needed to “intensify” because “we are running out of time”.

However, neither von der Leyen nor other EU officials have given any indication that an agreement is imminent or major progress has been made. The next EU summit on 16 October had been billed as the last moment when EU leaders could sign off on a draft pact. That deadline now appears likely to be shifted until the end of this month.

The negotiations have been threatened by the Johnson government’s planned Internal Market Bill, which would breach the Withdrawal Agreement that took the UK out of the EU in January, by giving UK ministers unilateral powers to override the terms of the Irish protocol on customs checks on goods travelling to and from Northern Ireland and on state aid.

On Thursday the EU executive announced that it had issued a letter of formal notice to the UK government, which marks the first step in an infringement procedure that could culminate in legal action.

The Johnson government has repeatedly refused to withdraw the bill, which was passed by the House of Commons earlier this week and will now be scrutinised in the UK’s House of Lords.

During her press conference after an EU summit in Brussels, German Chancellor Angela Merkel described the Internal Market Bill and subsequent legal action as “a very bitter moment” but added that “the other tracks of the negotiations are heading for a crucial phase and we will wait.”

The ninth round of trade talks between the negotiating teams of Michel Barnier and David Frost wrapped up on Friday afternoon. UK officials have spent this week talking up the prospects of a deal after making a series of new offers to the EU. Barnier’s team has remained more downbeat.

Earlier this week, Frost’s UK negotiating team offered a series of documents including compromises on fisheries and state aid.

The new UK offer includes a three-year transition period for European fishing fleets to allow them to prepare for a new regime that, the UK hopes, will mean less access to UK waters than under the Common Fisheries Policy.