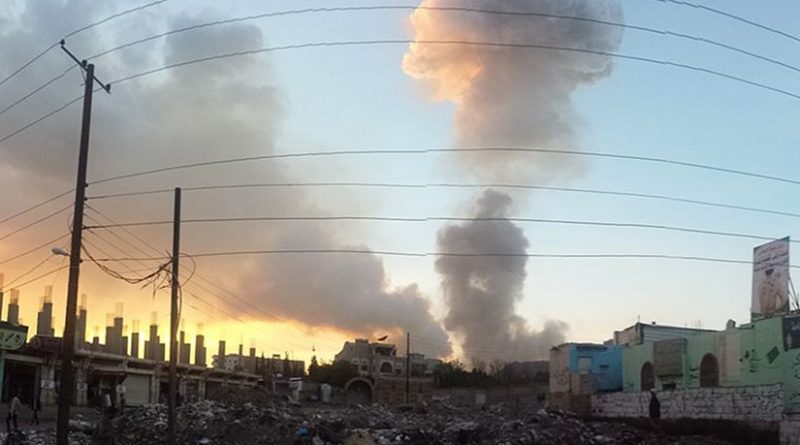 Gone, too, is the First Armored Division commanded by rogue general Ali Mohsen al-Ahmar, who defected from Saleh’s government in March 2011 to escape punishment and pursue his own interests. His division and Ahmed Saleh’s Republican Guard now count themselves as part of Yemen’s Special Operations Command and Strategic Reserve Forces, and theoretically fall under Hadi’s personal authority.

This news was lauded by John Brennan, the Obama administration’s counter-terrorism coordinator: “Mr. Brennan extended President Obama’s congratulations to President Hadi for the decrees issued yesterday to further restructure the Yemeni armed forces, advancing the goal of a unified, professional military that serves the Yemeni people.”

Unfortunately the jubilant air soon cleared and Yemen’s situation has tumbled back downhill in the days since. Following their “removal,” the normally resistant Salehs welcomed Hadi’s announcement and pledged to cooperate fully, triggering immediate suspicion of their payoffs. Ali Mohsen greeted Hadi’s orders as though they had nothing to do with him. Reports then surfaced to explain their reactions – new military appointments – and were half-confirmed by the spokesman of Yemen’s embassy in Washington; Mohammed Albasha announced on December 23rd that “there are no restrictions to their reappointments in the Ministry of Defense.”

Subsequent reports predict that Hadi’s decrees could take six months to implement, and that Ahmed Saleh and Ali Mohsen will continue to oversee their positions until then. If they do receive new regional commands, they can thank their ongoing survival for the immunity granted by the Gulf Cooperation Council (GCC) and United Nations Security Council (UNSC).

These collective actions serve more private interests than Yemen’s people, beginning with Hadi’s interim government and the foreign powers that secured his promotion. Although he has admirably stepped up to fill Saleh’s void after serving nearly two decades as his vice president, Hadi remains a controllable instrument of the GCC deal’s true brokers, Riyadh and Washington. That leaves Yemen’s revolutionaries – the country’s future – at the bottom of national and international priorities, at a time when they have enough interference to deal with at home. Out-resourced by the oppositional Islah party, which dips its hands into most of Yemen’s political movements, the country’s civil parties have already been isolated in the UN-sponsored National Dialogue with few seats relative to the whole (the youth and women received 60 combined seats out of 565).

They could easily be squashed by Saleh’s own General People’s Congress (GPC) and the 112 delegates they plan to sit – the most of any bloc.

As of now the Islah-dominated Joint Meeting Parties (JMP), in addition to the youth, refuses to participate in the event that Saleh does represent his party (another “medical leave” is being planned by Riyadh and Washington, but both rumor and reality are fraught with uncertainties). Conversely, Islah has interfered with efforts to organize an independent youth conference, a phenomenal idea to advance a democratic Yemen, while Ali Mohsen’s loyalists have “protected” the youth by militarizing their square at Sana’a University. The general recently agreed to withdraw his forces following persistent demonstrations against their presence, but only after months of physical altercations with the youth camps.

Yemen’s youth and women are tragically viewed as groups to appease with scraps, not sources of national power to nurture and cooperate with. They have found few allies inside or outside the country due to their independent agenda, and cannot turn to the United States in their hour of need. The second incarnation of Yemen’s Life March, a mobile demonstration traveling from the revolutionary hub of Ta’izz in December 2011 en route to Sana’a, recently arrived in the capital to remind Hadi and his foreign backers that they won’t back down either. With no action taken by their transitional government or the UNSC, Yemenis once again marched to advocate their standing demands: “Dismissal of all military leaders who worked with Saleh, headed by Ahmad Ali Saleh, Ali Mohsen Saleh, Ghalib Algamesh and fully dismissing them and not reshuffling their positions in the new appointments, whatever the circumstances.”

The march ended when government forces blocked its path and violently dispersed protesters with tear gas, eroding another piece of the goodwill initially earned by Hadi’s military shakeup.

U.S. influence is hardly responsible for all of Yemen’s political dilemmas and the tribal knots created by Saleh’s nepotism. However the sheer gravity of America’s counter-terrorism is warping Yemen’s political and military reforms. The Obama administration no longer has practical use for Saleh and company, but they also possess too much incriminating evidence on Saudi and U.S. actions in Yemen to be cast away completely. Instead Saleh has been kept close, traveling to America twice since the revolution began, and silent under the GCC’s immunity package. Potential sanctions against “spoilers” – the always unnamed Saleh – remain a manipulative tool to avoid accountability.

In the meantime U.S. drones continue to strike at suspected targets of al-Qaeda in the Arabian Peninsula (AQAP), accumulating enough collateral damage to produce a bombshell report by The Washington Post. Hadi has opened a wider door than his predecessor in exchange for U.S. and Saudi support, approving the Obama administration’s covert activities and moving to kill inquiries into civilian casualties. This relationship-building and the preservation of mutual interests is more responsible for Hadi’s decrees than any genuine effort to uproot Saleh’s regime from Yemen’s political equation.

Ultimately, Ali Abdullah Saleh cannot be held accountable for decades of misrule because the U.S. and Yemen’s power-sharing government are working outside the bounds of accountability. The fact that Washington and Riyadh have exhausted their operational need for his regime is far from stabilizing, and poses an enhanced threat to Yemen’s democratic growth. One can reasonably assume that Washington will possess greater influence over Hadi’s Special Operations Command than Saleh’s U.S.-trained units. Counterterrorism activities are being established in systematic fashion – land, sea and air forces surround the peninsula nation – but U.S. policy as a whole represents counterinsurgency at its worse: deep hostility and mistrust with the local population.

The Obama administration cannot realistically expect to defeat AQAP with its current strategy, and the same power that lifted Hadi to his current position is weighing him down with his own people.

“The main problem is not only with the US administration – extrajudicial killings in Yemen of ‘suspected’ targets, killing and terrorizing civilians and creating animosity towards the US – but rather with our government’s position, approving those drone strikes,” says Noon Arabia, a Yemeni-Egyptian blogger who maintains her anonymity for personal and security reasons. “Former president Saleh with all his shortcomings tried to hide his role in allowing the US drones to strike in Yemen, before being exposed by Wikileaks. However his predecessor President Hadi not only publicly endorsed them, he even argued regarding their accuracy. Drone strikes in Pakistan decreased by 41% in 2011 and another 40% in 2012 because the Pakistani government publicly condemned and disapproved of them. Yet in Yemen they have increased by 240% in 2011, and another 250% in 2012 and most likely will increase further in 2013 thanks to our puppet government.”
Yemen’s revolutionaries are marching, bleeding and dying for a better future than what is currently being forced onto them. The U.S. would be wise to begin a new era of engagement and vanquish the same fear that is normally reserved for al-Qaeda.

– James Gundun is a political scientist and counterinsurgency analyst. His blog, The Trench, covers the underreported areas of U.S. foreign policy. He contributed this article to PalestineChronicle.com. Follow him on Twitter @RealistChannel.