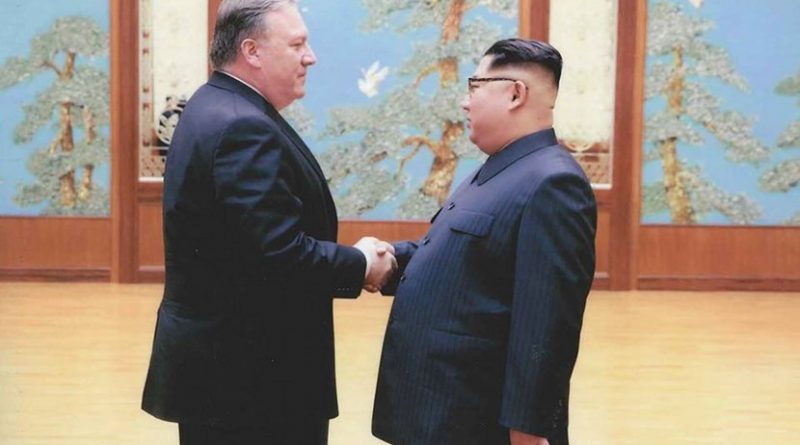 Progress on ending Pyongyang’s nuclear weapons programs has slowed in the months since the Singapore summit in June between U.S. President Donald Trump and North Korean leader Kim Jong Un, when the two leaders signed a general statement calling for the denuclearization of the Korean peninsula.

But Pompeo called the coming talks “a good opportunity” to move toward specifics of when and how North Korea might end its nuclear weapons program. The United States is seeking to finalize a deal by the end of Trump’s first term in office in January 2021.

Pyongyang said Friday it would “seriously” consider resuming its nuclear testing if U.S. economic sanctions against North Korea are not lifted, but Pompeo, in an interview on Fox News Sunday, dismissed the threat.

“I’m not worried about that,” the top U.S. diplomat said Sunday. “We are very focused. We know with whom we are negotiating, we know what their positions (are) and President Trump has made his position very clear”

Pompeo said there would be “no economic relief until we have achieved our ultimate objective,” the end of North Korea’s nuclear program.

The United States has said it would maintain the sanctions against North Korea until it has reached “final, fully verified denuclearization,” although Pyongyang has described the demands as “gangster-like.”

The North Korean foreign ministry, in its latest statement, said, “The improvement of relations and sanctions are incompatible.”

Despite the slow pace of the talks, Pompeo cited favorable signs in the U.S.-North Korean relationship.

“We haven’t had any missile tests,” he said. “There’ve been no nuclear tests, We’ve had the returns of American remains (from the Korean War of the early 1950s). These are all good steps.”