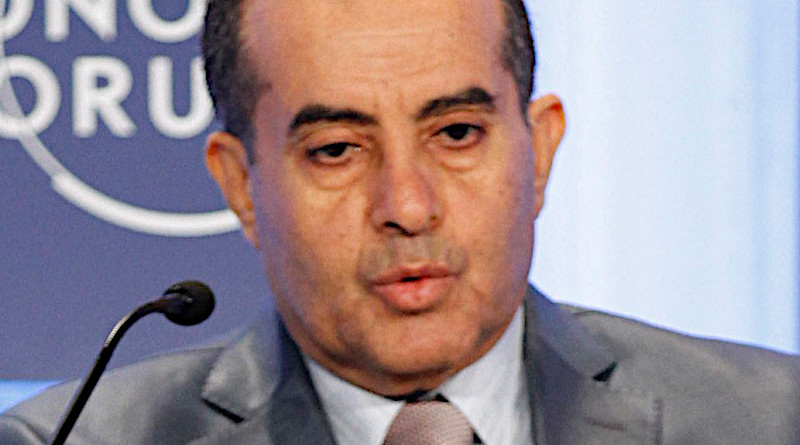 Jibril, 68, died Sunday in a Cairo hospital where he had been quarantined since March 26, the Alliance of National Forces said in a statement.

Jibril had been an adviser in Muammar Gaddafi’s government, before heading the UN-backed National Transitional Council (NTC) government as Interim Prime Minister for a little over seven months in 2011.

In Libya unrest continues, as today artillery blasts shook Libya’s capital Tripoli as fighting rages even as the country confirmed 18 cases of the COVID-19 and one death.

The new coronavirus cases were in the northwestern city of Misrata, held by the Government of National Accord (GNA) led by Fayez al-Sarraj, the National Center for Disease Control said.

The two rival governments continue to fight to take control of the country with a health system that has been on its knees for nearly a decade amid the chaos that followed the overthrow of Muammar Gaddafi’s regime in 2011.

At first, it seems that many in Libya thought they were safe from the pandemic that has spread throughout the world.  Moayed al-Missaoui, an academic, told Agence France-Presse, “We’re sheltered from the virus in Libya, whose capital is under siege and where land and air links are closed.”

The reality is that the two armed camps – Sarraj’s GNA and Field Marshal Marshal Khalifa Haftar’s Libyan National Army (LNA) – continue their military operations against each other. This has led to concerns about the risks for civilians who find themselves trapped amid the clashes, as well as for migrants held in detention centers, some of which are located near combat zones.

Libya’s healthcare system has been in constant decline since 2011. The 2019 Global Health Security Index ranks the country at 185 out of 195 for its ability to respond to the spread of an epidemic.

Because, “too many hospitals and clinics have been damaged during the fighting,” the International Committee of the Red Cross has pointed out, the disruption of supply chains due to the conflict, and the lack of medicine and medical equipment are making healthcare provision difficult – and not just in isolated parts of the country.

In addition, Elizabeth Hoff, head of mission for the World Health Organization in Libya, in a message to Reuters said, “This is a health system that was close to collapse before you get the coronavirus.”

According to Hanan Salah, senior Libya researcher at Human Rights Watch, “If the COVID-19 pandemic spreads in Libya, the country’s health care system won’t be able to cope with large numbers of patients, Libya’s preparations need to include plans to protect and care for everyone, including vulnerable populations like those in custody or displaced person shelters.”

As such, the authorities should reduce the number of people in detention by releasing people unjustly or arbitrarily detained, they should also consider releasing children, low-level, and nonviolent offenders, and people who have served most of their term. The detainees most at risk such as older people, people with disabilities that put them at greater risk of infection, and people with pre-existing conditions should also be given alternatives to detention.

In a quick response on March 28, the Justice Ministry of the Government of National Accord (GNA), one of two competing authorities in Libya, issued a decision to release 466 inmates from prisons in Tripoli, the list is to include pretrial detainees as well as detainees who meet the rules for conditional release.

On March 24 the UN Mission in Libya has called for a “humanitarian pause” in the armed conflict to allow authorities to respond to the pandemic, and in particular, women, and children, persons with disabilities, migrants and refugees.”

The conflict in Tripoli has killed hundreds of civilians and displaced more than 150,000, some of whom live in crowded and unsanitary shelters, unable to return to their homes. The International Organization for Migration estimated that as of December 2019, a total of 355,672 people remained internally displaced in Libya.

The two governments need to prepare to prevent or contain the spread of COVID-19 in detention centers and shelters for displaced people and to isolate people with COVID-19 symptoms or testing positive for the infection, as well as all close contacts.

At the end we need anyone getting sick while in custody should be given medical care, also the detention centers must implement strict social distancing to prevent transmission. In addition, allowing six feet of separation among detainees and staff, the staff and inmate population should have access to appropriate hygiene training and supplies and to testing for the virus this is one of their rights. Measures to prevent the spread of infectious diseases in places of confinement should be based on the latest international guidance and not be punitive.