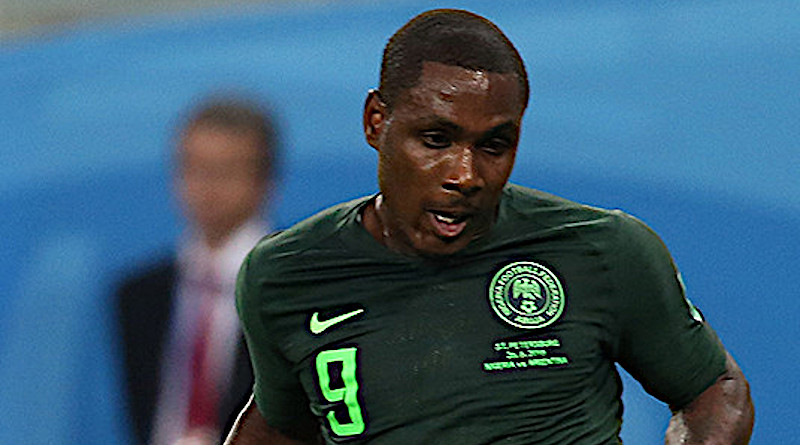 Manchester United has successfully extended Odion Ighalo’s loan for the next seven months with the deal expiring at January 31, 2021.

The Nigerian striker was in a bit of confusion as the deal was set to expire on May 31 but his parent club Shanghai Shenhua have agreed to let the striker enjoy his dream move to the 20 times champions.

The deal comes with intention of bolstering the options upfront as the Red devils aim to end the season on a high when the play resumes. Premier league is set to return on 17 June and United currently sit 5th in the table, three points behind 4th placed Chelsea.

The new number 25 of United has so far swayed since joining in January netting 4 goals in his 3 starts which made the club keen on keeping him. It is certainly clear that he has quickly become a real fan favorite with most supporters didn’t want him to leave under the current circumstances and some even wanted to see him join permanently.

Ighalo did have a restricted time to showcase his abilities but his stats are quite impressive as after his debut i.e. February 17 no other premier league striker has scored more goals than him. In fact, Liverpool’s Sadio Mane registered one assist alongside him before football was halted, giving United an extra bonus with his innovativeness.

On the other hand, Shanghai Shenhua have offered him £400,000 a week and it is understood that they wanted £20 million for him but there is no intention of signing him permanently at present as United already paid a fee to his parent club for his loan move and it is likely they will pay another fee for him.

It is probably an innocuous move by the Reds as they rather secure him for another spell than to invest in another striker. United is no stranger to trying new players out but due to corona virus pandemic every club is affected monetarily. Though, they are solid financially there is still no need to risk in a new investment and try their luck as they have a huge wage bill to pay as well.

The Nigerian also gives the United cover in the striker role which will eventually ease pressure on Anthony Martial and will enable United to focus their attention in improving the squad elsewhere.

Odion Ighalo is himself a big fan of the club and was delighted to extend his stay: “I’m really happy. It’s a dream for me to be here. I’m buzzing and ready to go,” Ighalo told MUTV. “The last few days have been difficult as there have been different talks about it but now I’m really happy so I need to concentrate fully. I’m here until the end of January, so it’s good for me.
“I decided I want to stay and I’m happy. Since the first day I arrived, I made it clear that I wanted whatever it takes to continue that work. It was very difficult, there were some talks, but I’m happy they finally agreed and got everything done. Everything is official now.”

Manchester United are set to have a full fit squad as indicated by Ole Gunner Solskjaer for the upcoming crucial fixture against their former boss Jose Mourinho’s Spurs side as they look for a Champions league finish after finishing the 9 remaining games.

They are also well ahead in the quarter finals of the Europa league after beating LASK 5-0 in the first leg of Round of 16 in which Ighalo scored twice. Meanwhile they also look to progress in the FA Cup with the club taking on relegation threatened Norwich City in the quarter finals in late June. Ole’s men are yet to concede a goal in the FA cup and also will be hoping to extend their 11 games unbeaten run when the league resumes.

*Ahmed Ali is a student of 3rd Semester BS (Media & Communications) in Foundation University Rawalpindi, Pakistan and can be reached at [email protected]

Home » Odion Ighalo Stays, But What Next For Manchester United? – OpEd