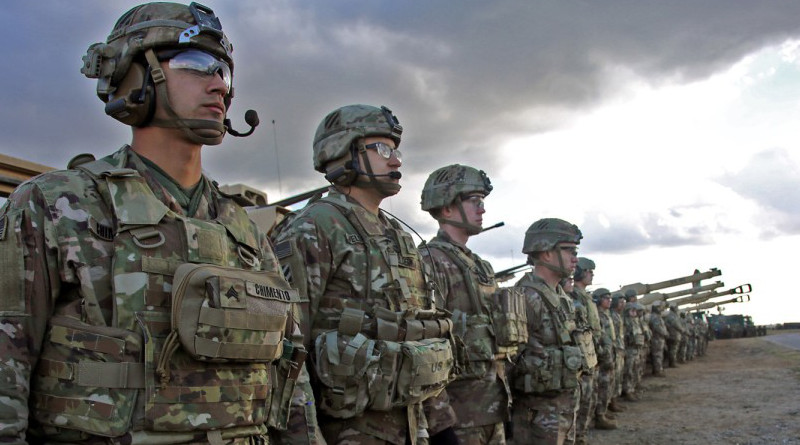 Poland has been a major focus of U.S. and NATO efforts to deter potential Russian aggression in Europe. This is due in part to its geographic location on NATO’s eastern flank, providing land access to the Baltic states. Although Ukraine is not a NATO ally, the Russian occupation of Ukraine’s Crimea region in 2014 and subsequent initiation of a separatist war in eastern Ukraine underscored to many observers that NATO allies, particularly those in Eastern Europe, could once again be threatened by Moscow. In response, the United States and its NATO allies have undertaken a number of initiatives to emphasize NATO’s collective defense agreements, thereby assuring allies of their own security while simultaneously deterring Russian aggression.

Poland is a critical partner in these efforts. The United States has bolstered security in Central and Eastern Europe with an increased rotational military presence, additional exercises and training with allies and partners, improved infrastructure to allow greater responsiveness, enhanced prepositioning of U.S. equipment, and intensified efforts to build partner capacity for newer NATO members and non-NATO countries. The European Deterrence Initiative (EDI), launched in 2014 (originally called the European Reassurance Initiative), an Overseas Contingency Operations account in the U.S. defense budget, is the key fiscal mechanism by which it does.

U.S. military operational activities of EDI are executed as part of Operation Atlantic Resolve (OAR). Approximately 6,000 U.S. military personnel are involved in OAR at any given time, with units typically operating in the region under a rotational nine-month deployment.

A key strategic question facing policymakers in the executive branch and Congress is whether existing efforts are sufficient, or whether more should be done to militarily reinforce Europe generally, and Poland specifically. This discussion was in part prompted by a 2018 proposal by the Polish government, which is in favor of an increased U.S. presence on its territory, under which it would contribute $2 billion toward establishing a U.S. military base in Poland.

The United States has a rotational military presence in Poland of approximately 4,500 personnel, including those involved in OAR and NATO Missile Defense efforts, and forces as signed to one of four NATO Enhanced Forward Presence Battle Groups. U.S. forces in Poland include

On June 12, 2019, the United States and Poland signed a Joint Declaration on Defense Cooperation Regarding United States Force Posture in the Republic of Poland. The declaration proposed adding an additional 1,000 U.S. rotational military personnel and establishing the following:

A Joint Declaration on Advancing Defense Cooperation, signed on September 23, 2019, announced the specific locations where many of these elements would be located.

Implementing these initiatives is contingent upon the signing of a formal bilateral DefenseCooperation Agreement, which has not yet been concluded.

During a June 24, 2020, meeting at the White House, President Trump and Polish President Andrzej Duda reportedly discussed the possibility of sending an additional 1,000 U.S. troops to Poland — over and above the previously agreed — upon 1,000 troops from last year’s Joint Declaration on Defense Cooperation. Unlike the June 2019 Joint Declaration, specific organizations and missions related to the United States’ new 1,000 troop commitment were not publicized.

Several observers have asserted that it might be more politically reassuring and financially efficient to permanently station these “heel-to-toe” rotational forces in Poland. Those in favor of permanent basing also note that understanding the region’s human and geographic terrain may require forces that are present for longer than nine months.

Others contend that these rotations force military units in the continental United States to routinely test their ability to deploy to other theaters and exercise critical logistics and mobility capabilities. According to this view, after nearly 20 years of expeditionary operations in the Middle East region, the skills and capabilities necessary to mass U.S. forces on to the European continent and transit them to the front lines have not been sufficiently trained and exercised. Heel-to-toe rotations also could allow U.S. forces to develop those skills while simultaneously identifying and developing solutions to logistical issues in Eastern Europe that might slow down a U.S./NATO response to a crisis.

From a military standpoint, most observers contend that regardless of whether forces are permanent or rotational, exercising these capabilities is critical. In the event of war on the European continent, the United States may choose to flow significant additional forces across the Atlantic, an undertaking that would be complex under optimal circumstances, and exponentially more sounder conditions of war, when an adversary might seek to actively prevent the arrival of U.S. service members and equipment (“Anti-Access/AreaDenial”). Some officials also have expressed that the United States’ ability to move equipment in a timely fashion, in particular heavy tanks and fighting vehicles, from U.S. bases to the ports from which the equipment is shipped, is an area in need of improvement.

Recent developments regarding U.S. forces in Poland have raised questions about how Russia might interpret, or respond, to those forces. The situation is complicated by Kaliningrad, a 5,800-square-mile Russian exclave wedged between Poland and Lithuania. Kaliningrad is a key strategic territory for Russia, allowing the country to project military power into NATO’s northern flank. The territory has a heavy Russian military presence, including the Baltic Fleet and two airbases. Russia has deployed Iskander short-range nuclear-capable missiles in Kaliningrad.

Some analysts express concern that additional U.S. forces in Poland could escalate tensions in and around Kaliningrad. NATO continues to resist calls to deploy troops permanently in countries that joined after the collapse of the Soviet Union, due to concerns in some member states that this would violate the terms of the 1997 NATO-Russia Founding Act, which states,

“NATO reiterates that in the current and foreseeable security environment, the Alliance will carry out its collective defence and other missions by ensuring the necessary interoperability, integration, and capability for reinforcement rather than by additional permanent stationing of substantial combat forces.”

Accordingly, the enhanced NATO presence has been referred to as “continuous,” but rotational. Proponents of extended permanent basing assert that the “current security environment” has changed considerably since 1997, largely due to Russian activities, and that NATO should therefore no longer be constrained by the NATO-Russia Founding Act.

Some observers, including President Trump, contend that European allies have not invested sufficient resources in their militaries and that, as a result, the United States has shouldered too much of the financial burden associated with Europe’s defense. Such observers often note that most of NATO’s allies in Europe have yet to meet a pledge made in 2014 to increase their defense budgets to 2% of GDP by 2024. According to NATO, Poland’s defense expenditures were 2% of GDP in 2019. The Polish government plans to increase defense spending to 2.5% of GDP by 2030.

Congress has broadly supported the stationing of U.S forces in Poland as part of a long-term strategy to deter Russian aggression in Europe. Section 1248 of the John S. McCain National Defense Authorization Act for Fiscal Year 2019 (P.L. 115-232) expressed the sense of Congress in support of “enhanced defense cooperation with Poland, including continued presence of United States forces in Poland and increased training, exercises, and other activities focused on improving effective joint response in a crisis.”