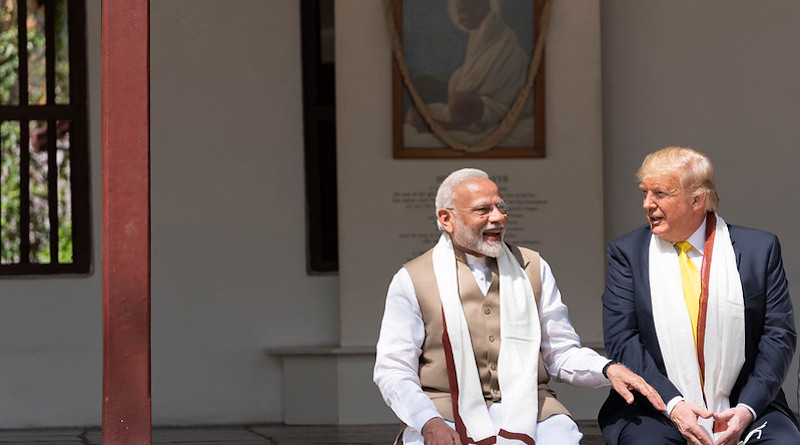 By Manjeet Kripalani and Michael Mandel*

Despite the Covid crisis, U.S. investors have been lining up to pour money into India’s digital future. Over the past two months, India has received about $20 billion in corporate investment from the U.S. – most of it in Jio, India’s largest mobile network operator and digital services company. All the marquee tech names have made solid, long-term commitments to India’s market place – Facebook, Google, KKR, Intel, Qualcomm, Silver Lake, General Atlantic Partners, Carlyle Group.

If India feels like a new frontier for American companies – well, it’s about time. The rise of India’s digital market is mirroring China’s, with two welcome exceptions: foreign investment in India is deepening; and India is not implementing a China-style surveillance state. Rather the country is building up a virtuous network of mostly open-source and volunteer-led platforms in partnership with the government.  Everything is going online, from land records and health to direct benefits to the poor, with the goal of reducing red tape and corruption.

Especially as the U.S. has commenced decoupling from a 30-year embrace with China, it’s the right time for the U.S. to step forward and deepen collaboration with India – beyond tech, e-commerce and defence. The 17th May $265 billion Covid-19 relief package announced by Finance Minister Nirmala Sitharaman, provides the impetus. In addition to the essential near-term support for the poor and displaced, it has specifically accelerated India’s long-term reforms, specifically the privatization of many public sector undertakings, a move that economists have long advocated and the U.S. can only applaud. The limit on foreign investment in defense—the most vibrant segment of the India-U.S. bilateral relationship – has been raised from 49% to 74%. Private players and start-ups can now participate in India’s space and satellite business too – which NASA has been watching.

True, the two countries have trade conflicts, ranging from tariff and non-tarriff market access barriers on items like motorcycles, agricultural products and alcohol to price controls on medical devices and pharmaceuticals to more recent issues such as data localization, restraints on ecommerce, and the digital services tax. In turn, India would like better access to U.S. markets.  These irritants are real and have the potential of getting in the way, as they did recently in February when a “mini trade deal” fell through.

Yet the strategic advantages of closer economic ties for both countries are overwhelming, especially now. A partnership between India and the U.S. is critical to diversifying the global manufacturing supply chain, so dependent on China. The U.S. has a strong interest in strengthening India’s manufacturing and services sectors. And India has a strong interest in learning from U.S. best practices, especially in regulation, distribution, and innovation, in order to emulate America’s job-creating prowess.  The alternative for India would be to follow Europe’s regulatory model, which places less of an emphasis on job growth and innovation.

It’s mostly India’s continued red tape that drives Americans crazy – accustomed as they are to a one-window clearance in China.  India ranks 63 on the World Bank’s ease of doing business index, while China is 31, just above France, and just below Japan.

But it’s important to remember that China’s smoothly-working manufacturing and trading system was not built overnight. In China, the U.S. spent years facilitating ease of trade, starting in 1986, when Washington began championing the accession of China into the World Trade Organisation (WTO). It was a difficult process; no two countries could have been more different. But the U.S. took the lead, shepherding China through the laborious WTO processes so alien to its socio-political economy.

With the new reforms, India is ready to move into a modern regulatory system. And if the U.S. does make a strategic decision to invest more in India, then it will need to provide the country with some technical assistance, particularly on regulation and institution-building. It will also have to actively build on peer-to-peer relations with Indian government officials down the line, expand its reach into academia and think tanks and deepen engagement with semi-autonomous, public-private agencies that will be the bedrock of the bilateral. This is essential: the robust people-to-people engagement covers the dismal lack of institutional and academic engagements between India and the U.S. Without these interwoven threads, as the U.S. developed with China, the India-U.S. relationship will not blossom.

In the absence of a closer connection with the U.S., India could follow the European regulatory model. To some extent, that’s already happening, with the Indian adoption of a European-style digital services tax.  India is also considering rules on chemical management that are closer to the European model.

But European-style regulation is philosophically based on the “precautionary principle,” which says that growth and innovation should be viewed suspiciously. This approach works for an economy that is already high-income with a well-developed safety net. It is less appropriate for countries that want to sustain faster economic and job growth.

All these put India firmly in the U.S. corner – ever more today with China’s unprovoked incursion into India’s northern borders. There are plenty of trade irritants, but nothing that can’t be overcome. The India-U.S. relationship enjoys bipartisan support in both houses. This is set to a new geopolitical rearrangement: the shifting of global attention from the Atlantic to the Pacific, most specifically, the Indo-Pacific. Here, the four major democracies – India, Japan, Australia and the U.S., also called the QUAD – have a new and deepening alliance, to counter China’s growing adventurism in the region.

At the moment, it’s in the process of becoming a defense partnership. To be taken seriously, it should incorporate economic and technological elements. The U.S., Japan and Australia have strong economies and technological prowess, and India can be a good test market for new global policy instruments, and new sustainable manufacturing and service methods. With a multilateral strategic accompaniment, the U.S. -India partnership can be built to last for the next 30 years.

Home » New World For India And US – Analysis