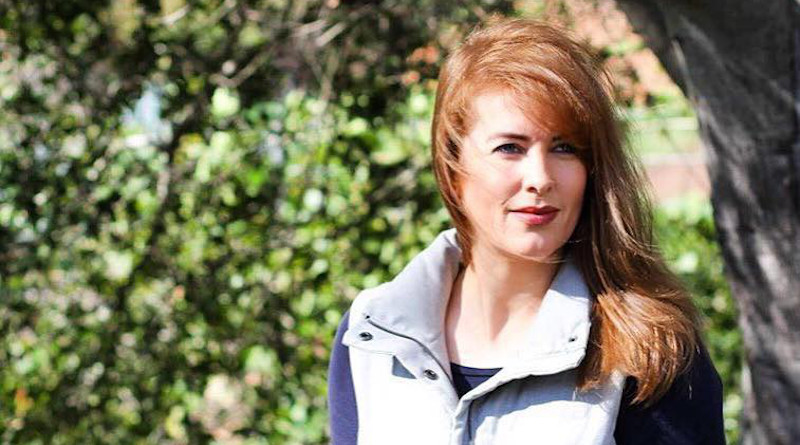 Critics who characterise Pakistan as a nation preoccupied with national security have raised eyebrows at the combative and curious presence of controversial American blogger and travel writer Cynthia Dawn Ritchie, who has enjoyed enviable access and close connections with the ruling establishment in Pakistan, something that very few foreigners have gained.

But they could easily recall Pakistan’s selective preference for the ‘favoured’ foreigners since it came into being. Its list of awardees of national honours has several foreign dignitaries who have ‘served’ Pakistan.

Ritchie’s story, as yet developing, could someday be compared with Joanne Herring, another American woman who ‘helped’ Pakistan during the Zia-ul-Haq era. She had the military dictator’s ear, “which was terrible,” according to then foreign minister Sahabzada Yaqub Khan. They became so close that she influenced foreign and internal politics and jihad that Zia sponsored in Afghanistan.

Herring, an American socialite, businesswoman, political activist, philanthropist, diplomat, and former television talk show host, is supposed to have introduced to President Zia US Senator Charlie Wilson. Together they launched the CIA’s biggest-ever covert operation of arms, money transfer and training of thousands of fighters through the 1980s against the Soviet-backed regimes in Kabul.

The mysterious Ritchie’s story is no less interesting that is what is currently riveting many Pakistanis. She was in Khyber Pakhtunkhwa working for the province’s health ministry when al-Qaida leader Osama bin Laden was killed in 2011. That became possible after Osama’s whereabouts were confirmed by DNA tests done under the guise of a fake anti-polio campaign run by local health officials.

Ritchie was quoted by Al Jazeera in a June 12, 2020 report as saying that her presence was “a mere coincidence.”

Ritchie has denied that she works for any of Pakistan’s security agencies, although she is suspected of working for American ones. About her connection with the Inter-Services Public Relations (ISPR) that speaks for the armed forces, she points to her experience as a “PR” and insists that she has access to information like any public member.

A graduate of the Louisiana State University, she arrived in Pakistan in 2009. The story then was that she was visiting as a tourist and “fell in love” with Pakistan to undertake efforts to project the country and its tourism abroad. She is said to be a documentary maker and has written blogs. Her Facebook page says, that she “has a Master’s degree from Louisiana State University and additional graduate training at University of Houston School of Law, Pepperdine University and George Washington University in the faculties of mass communications, criminal justice, conflict resolution, clinical & behavioral psychology and strategic public relations.”

However, there seems little doubt – since many things are in public domain – that Ritchie has friends in high quarters – politicians, bureaucrats and military – and that she has access to Pakistan’s tribal areas where militant groups operate, be it for or against the government. These areas are generally not open to foreigners.

Pakistani media reports say the security agencies have remained silent, and have facilitated the activities of a foreign operative on their soil for over a decade and allowed her inside places they won’t allow Pakistani officials and journalists.

Ritchie told the Qatar-headquartered media outlet that she was ‘investigating’ the Pashtun Tahafuz Movement (PTM) for “anti-state activities.” The political group has been campaigning against human rights violations conducted by the military against ethnic Pashtuns in the Federally Administered Tribal Areas (FATA) bordering Afghanistan. There is no word why and how the government has ‘outsourced’ this task that is its own, to a foreigner.

On the political front, she has courted controversies by making scurrilous statements and allegations against people in high places — very selectively. She has claimed evidence to support her allegations but has rarely, if at all, opened such evidence to public or court scrutiny.

In May this year, she stunned everyone when she tweeted alleging that former prime minister Benazir Bhutto would order her guards to “rape” women with whom her husband Asif Ali Zardari, a former president, had affairs. She also accused former Interior Minister Rehman Malik of raping her, and former prime minister Yusuf Raza Gilani and another cabinet minister of groping her. Both Malik and Gilani have denied the allegations.

Her allegations pertain to the year 2011 when she is reported to have hobnobbed with prime ministers, ministers, generals, and officials. The charges, coming forth after over nine years, pertaining to the ruling Pakistan People’s Party (PPP).

Ritchie confirmed reports that she had accepted $2,500 from Malik, who had reportedly raped her after inviting her home for dinner and mixed her drink with a sedative. But, she said, she gave away the money to charity.

Ritchie said she complained to the US embassy several days after the alleged events. “I was stunned, I was shocked; I reported it to an individual and the US embassy has these details,” she told Al Jazeera.

More seriously, Ritchie has charged that former premier Benazir Bhutto, assassinated in 2007, had led a licentious life. Ritchie claims to have “had sex” with the couple’s son and the current PPP chief, Bilawal Bhutto-Zardari, and also claims that he is gay.

She has described former PPP minister Makhdoom Shahabuddin as “a skirt chaser.” All the politicians she has accused denied the allegations. They have sent her multiple legal notices, accused her of “wilfully leaking out” material against them to the media, and have asked the government that she should be prevented from leaving the country. The government’s response has been one of opposing at least one complainant in a Karachi law court.

The Ministry of Interior informed (Dawn, July 18, 2020) the Islamabad High Court (IHC) that Ritchie was living in Pakistan on an “extended’ visa and she is working on film projects in collaboration with the military’s media affairs wing and the Khyber Pakhtunkhwa government.

‘Impressed’ by current Prime Minister Imran Khan ever since he visited Texas as an opposition politician, Ritchie began working for his Pakistan Tehreek-e-Insaf (PTI) party in 2013. Imran Khan had once proposed to Ritchie, not marriage but sex, Pakistani media reports alleged. However, this was revealed not by Ritchie, but by Pakistani TV host Ali Saleem who is popularly known as Begum Nawazish Ali. He claimed that he was told by the American filmmaker.

Who are her benefactors?

There are numerous conjectures against or in support of Ritchie who is fighting her own court battles against the PPP brass. But it is not difficult to conclude that she is being used to tarnish the PPP leaders, dead and living.

For one, Benazir still enjoys wide support at home and abroad as the world’s first democratically elected Muslim woman prime minister, more than once. Her being assassinated in 2007 adds to her halo as a “martyr”

As for her son Bilawal, being gay, even in a society where ‘bachhaabazi’ (child abuse) is prevalent, the charge can be politically damaging.

For now, the PPP, despite its weaknesses, is ruling in Sindh, with the potential to bounce back someday, and there is a case for the establishment for it to be undermined. The other mainstream party, the Pakistan Muslim League (Nawaz) has been considerably weakened with three-time prime minister Nawaz Sharif sick and in exile. It could well be the next target of the “Ritchie missiles”, some media has surmised.

It is not difficult to surmise that the net beneficiary of Ritchie’s controversial activities, and her tendentious outbursts, is Pakistan’s all-powerful civil-military establishment that keeps the politicos under check.

The writer is President, Commonwealth Journalists Association.  The views expressed are personal. He can be contacted at [email protected]