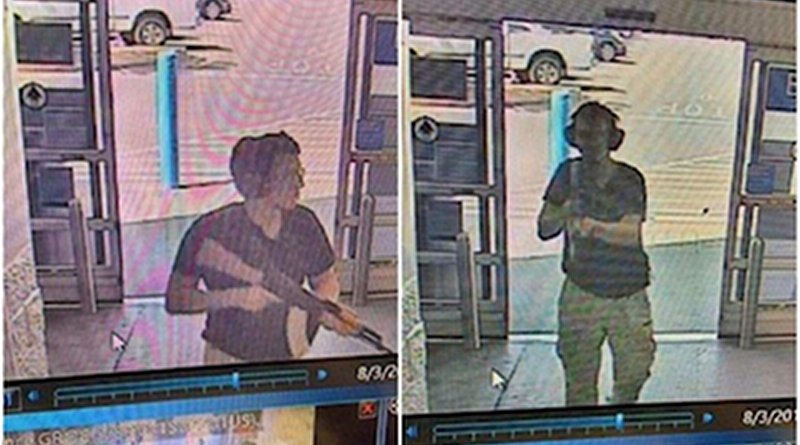 The August 4 random killings in the US state of Texas is one of several attacks involving far-right terrorists in recent months. Such terrorists, usually white supremacists, are emerging as a transnational terrorist network and spreading in several Western countries. Yet far-right terrorism is not adequately prioritised as a security threat. It is time for a tougher stance against this growing threat.

One of the deadliest shootings in recent history shook the sleepy town of El Paso, Texas, on 4 August 2019, resulting in 20 fatalities and several dozen others injured. The alleged 21-year-old gunman, Patrick Crusius, opened fire in a crowded Walmart supermarket with an AK-47 assault rifle after driving more than 10 hours from his hometown near Dallas to carry out the shooting in El Paso, a largely Hispanic town.

Most among the dead were unsurprisingly Hispanic, along with eight were Mexican nationals. A racist, anti-immigrant document, believed to be written by the shooter and posted online prior to the attack, suggests a “nexus” with hate crime, investigators have revealed. In the manifesto uploaded on 8chan, an online message board frequently used by far-right extremists, Crusius made specific reference to a “Hispanic invasion of Texas”. He also blamed immigrants and first-generation Americans for taking away jobs and diluting the white majority populace in the US. Crusius also expressed support for Brenton Tarrant, the gunman who killed 51 people in a mosque in Christchurch, New Zealand in March this year.

Far-Right Attacks on the Rise

The El Paso attacks have since inspired another individual in Norway to attempt a shooting on worshippers at an Oslo Mosque. This individual was said to be active on far-right forums and also cited Tarrant as an inspiration. US law enforcement agencies have also revealed that at least seven far-right incidents have been thwarted across the country. Hence, there is an urgency to counter the threat before more “copy-cat” incidents take place.

The El Paso attack is the third mass shooting in 2019 within the US, linked to the online forum 8chan and one of several recent attacks committed by individuals to credit the Christchurch attack as an inspiration. In April this year, another terrorist opened fire at a synagogue in Poway, California.

The gunman was known to have drawn inspiration from the Christchurch attack as well as an October 2018 massacre at a synagogue in Pittsburgh, Pennsylvania, in which a white nationalist gunned down 11 people. The Christchurch shooter Tarrant has himself previously written about drawing inspiration from white supremacist attacks in Norway, the US and several parts of Europe.

The unifying thread that links white-nationalist mass shooters around the world — from the Breivik attack in Norway in 2011 to New Zealand earlier this year and now El Paso — is the “Great Replacement” conspiracy theory. The theory maintains that in Western countries, white populations are at risk of being replaced by migration and the growth of minorities and that violence is needed to reverse this trend. Variations of the theory have existed for decades, although it was recently popularised by the French author Renaud Camus in an anti-immigration book published in 2012.

Analysts note that far-right terrorists, who usually act alone, are fuelled by like-minded people they meet on social media or in online communities such as 4chan and 8chan, where they are able to discuss freely about white nationalism and other virulent forms of racism.

According to a study by the SITE Intelligence Group, there was an unprecedented surge in online activity by white supremacists following the Christchurch attack in March. Such exchanges have also escalated, with would-be copycats increasingly taking to message boards to seek approval for acts of violence.

In the US, domestic terrorism-related arrests and killings have surpassed those involving Islamist extremists in recent years, the Federal Bureau of Investigation (FBI) has said. According to the FBI, of the estimated 850 current domestic terrorism cases, almost half involved racially-motivated violent extremism, with the majority involving white supremacists. However, experts say security agencies need to do a better job of infiltrating extremist groups and identifying so-called lone wolves.

Yet, several challenges inhibit the effective monitoring and countering of far-right terrorists. For example, the El Paso and Christchurch attackers as well as most right-wing extremists usually have no prior criminal history and, hence, are not on security radar. Such individuals are also lone offenders who act without a clear group affiliation or guidance. These factors make it challenging to identify, investigate and disrupt them.

The anonymous nature of online forums such as 8chan also makes it difficult to track down the validity of threats, with trolls frequently attempting to muddy the waters with false threats and disinformation. Moreover, while social media platforms have come a long way in policing extremist content, it can be difficult to distinguish those who subscribe to extremist ideology from those who hold extremely conservative views.

Law enforcement agencies, rather than relying on computers trawling websites and forums for suspicious activity, have had to develop “human intelligence capabilities”, such as cultivating individual relationships in order to infiltrate extremist groups, which can be expensive and resource intensive methods of gathering information.

Policymakers and law enforcement agencies also need effective legislative mechanisms to complement their efforts. While countries such as Germany have taken a proactive stance and enforced hate speech laws against extremist online content, American efforts to launch investigations or prosecute extremists can be stymied by legislation that protects free speech and gun ownership.

As such, investigations into a white supremacist spewing racist rhetoric online cannot be launched unless the suspect first commits a crime, such as plotting an attack, US officials say.

The vast majority of young, disaffected white men who embrace extremist far-right ideologies do not commit mass violence. However, attempting to predict when or if the activity of such individuals spills over into violence is a near impossible task. As such, there is a need for additional strategies beyond law enforcement and surveillance mechanisms to effectively tackle far-right groups.

In this regard, it is imperative that policymakers understand the key drivers of far-right ideology. Over the last decade, the far-right movement has increasingly shifted from the periphery and adopted a transnational identity primarily based on racial and nationalistic ideals. The movement has also succeeded to some extent in co-opting debates around immigration and globalisation that dominate current mainstream political discourse.

This has led to a normalisation of far-right language and political lexicons, wherein far-right ideas widely rejected as repugnant in the past, have dominated mainstream discussions on issues such as immigration and societal culture. These developments will have pernicious effects on societies, emboldening those who subscribe to extremist views, while desensitising the general public to hate speech and the violent acts that ensue from such rhetoric.

Governments and societies need to relook these shifting boundaries and develop strong societal norms that push back against hate-oriented polemics. Such efforts should be complemented by targeted CVE strategies at the community level. This includes initiatives such as community dialogues that engage economically marginalised communities so as to address their concerns about the effects of immigration and liberal economic policies.

If governments and community leaders do not take the lead in such efforts, more vulnerable individuals could seek refuge on online platforms, and be radicalised by far-right narratives.