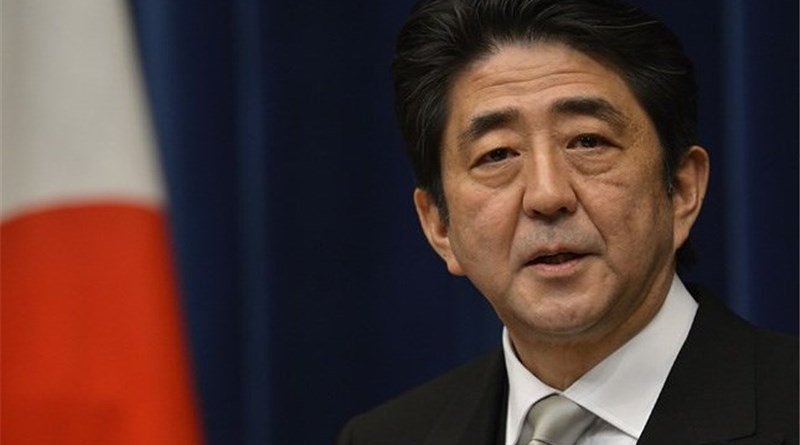 Abe Shinzo, one of post-war Japan’s most consequential prime ministers, departs from office almost a year ahead of his scheduled term, till September 2021. The Abe era will be defined by decisive, resolute and bold leadership that successfully repositioned Japan to step up as a stabiliser in the system, promoter of rules and custodian of global commons.

Abe made his mark as an astute statesman in international politics with intellectual bandwidth and a global vision to conceptualise grand strategic constructs such as the Free and Open Indo-Pacific anchored on universal values. He wove together the Quad which dominates the foreign and security policy lexicon in the power corridors of major capitals in the world including Washington DC, New Delhi and Canberra. He also demonstrated Japan’s confidence in championing free trade and open markets refuting global trends against globalisation. He succeeded in putting Japan back on the global strategic map by steering monumental policy shifts in the domains of national security, foreign policy and economics.

It has been a momentous week in Japanese politics. The week began with Prime Minister Abe making history by outdoing his great uncle Sato Eisaku to become the longest-serving prime minister of Japan on August 24. And the week ended with his decision on August 28 to step down from office owing to his deteriorating health. Japan had a déjà vu moment. Earlier in 2007, Abe had decided to leave the top job for the same reason.

Though Abe is leaving office before accomplishing some of the core agendas in his checklist, including amendment to Article 9 of the post-war Constitution, resolution of the North Korean abduction issue, and concluding a peace treaty with Russia, Abe has built a historic legacy both in national and international politics which will add value to the political repute of his family. Abe hails from one of the most influential political dynasties in Japan. He drew inspiration from former prime minister and his grandfather Kishi Nobusuke who was a key advocate of the constitutional revision movement but had to leave office as a political crisis unfolded following the revision of the US-Japan Security Treaty in 1960. His father Abe Shintaro was the foreign minister of Japan. Subsequently, in the years of his political ascendency, Abe Shinzo was mentored by then Prime Minister Koizumi Junichiro while he served as the chief cabinet secretary.

Abe presented incisive leadership while leading Japan through colossal structural challenges in its domestic landscape, in addition to reinventing its role in the international system. He assumed responsibility as the economy steered twin challenges posed by a society of centenarians affecting productivity and creating resource stress for the social security coupled with high government debt on the one hand, and the fluidity in the East Asian power balance and possible dilution of the US-led liberal international order on the other.

Abe came to Nagatacho in 2012 following the chaos in crisis management over the triple disaster – the Great East Japan Earthquake, Tsunami, and the Fukushima nuclear meltdown – by the then Democratic Party of Japan (DPJ) administration. He rose to the challenge and brought in political stability and steered Japanese politics away from the culture of revolving-door prime ministers and leadership deficit. Under Abe, Japan witnessed centralisation of political power and administration around the Kantei and the Cabinet.

Abe has advanced two key national and international economic policies—‘Abenomics’ and Trans-Pacific Partnership (TPP). Driven by the colossal challenge to steer the economy exit deflation and revitalise Japan, he designed his signature programme, Abenomics, with three arrows including a bold monetary policy, flexible fiscal policy, and a growth strategy that promotes private-sector investment. Abe considered TPP as a key pillar for Abenomics and Japan’s trade strategy aimed at capturing the economic growth of the Asia-Pacific and rebuilding Japan’s economy.

To this end, Abe pursued unpopular yet necessary reforms cutting through the deeply entrenched vested interests of the powerful lobbies, for instance, framing the nation’s ‘business versus agriculture’ debate (Keidanren/Keizai Doyukai versus the JA-Zenchu) and deregulation of the agriculture despite farmers being the bastion of conservative political support. Abe’s global leadership moment arrived once President Trump withdrew from TPP. He stepped in as the flag bearer of free trade, especially after effectively saving the TPP-11 and concluding the Economic Partnership Agreement with the European Union (EU) following Brexit. From agenda-setting with the Osaka Track for data governance at the G20 to the Ise-Shima Principles for Promoting Quality Infrastructure Investment at G7, Abe has offered Japanese solutions to key issues.

Navigating economic stagnation, a demographic dilemma and stern immigration controls, Abe pushed for difficult structural reforms. His ‘womenomics’ became the buzzword, an idea pushed by Kathy Matsui,1 to boost the gross domestic product (GDP) by bringing in more women into the labour force. Also, easing barriers to allow ‘Specified Skilled Workers’ while managing severe labour shortage in designated sectors triggered by the demographic challenge (ageing population and shrinking birth rates) despite the traditional focus on racial homogeneity, and thus framing the political discourse as gaikokujin no ukeire (acceptance of foreigners) and not imin no ukeire (acceptance of immigrants)2 as Japan’s population is projected to decline by one-fifth to around 100 million and dependency ratio rising to about 75 per cent by 2050.

The Abe era will be underscored by his resolve to decisively define Japan’s maiden national security strategy under the banner of Proactive Contribution to Peace. Even though his cherished ambition to amend the post-war constitution remained unfulfilled, he has worked relentlessly to reorient Japan’s security policy. He is leaving behind a Japan whose evolving character as a security actor is a key determinant in shaping the strategic equilibrium of the Indo-Pacific. From instituting the National Security Council, reinterpreting Article 9 and expanding the scope of the right to collective self-defence to debating “enemy-base strike” capability and its implications on the broad contours of the US-Japan alliance so far defined by the spear and shield strategy; from  strategising aid to support maritime capacity building of member states of the Association of Southeast Asian Nations (ASEAN) to scrapping the defence spending limit of one per cent of GDP and easing the three principles of arms export to pushing defence-related investments with the establishment of Acquisition, Technology & Logistics Agency – Abe’s report card is impressive and may remain unmatched for some time to come.

Abe has also positioned Japan as a potent middle power invested in upholding an international order based on the rule of law, free trade, and multilateralism. As a key stakeholder in shaping the Indo-Pacific order, Abe emphasised on upholding a rules-based maritime order, pushing quality infrastructure financing, and championing trade liberalisation. He pragmatically adjusted Japan’s Free and Open Indo-Pacific “Strategy” into a “Vision” in order to avoid projecting it as a divisive strategy in order to amass support from ASEAN.3 Approach to Indo-Pacific is anchored on ASEAN centrality and Vientiane Vision focussing on Southeast Asia on one hand and African ownership in the Tokyo International Conference of African Development (TICAD) process on the other. He has shaped conversation with key Indo-Pacific powers advancing strategic coordination at the Quad Plus, Blue dot network on high-quality infrastructure, D-10 alliance of democracies on 5G, Global Partnership on Artificial Intelligence (GPAI), and also setting the stage for Japan’s entry into the Five Eye intelligence alliance.

Abe had a delicate balancing act in advancing Japan’s interest in the China-Japan-US triangle.4 China’s arrival as a major actor in the international system, alliance management under the Donald Trump presidency, and hedging against the US abandonment challenged his administration. Keeping US-Japan alliance at the core, Abe wove together a network of allies and strategic partnerships with maritime democracies in the Indo-Pacific. In this regard, India featured as a priority in Abe’s strategic thinking5 and is weighed as a key component in his idea of Asia, as argued in his book Utsukushii kuni e (Toward a Beautiful Country). As the rationale of value-oriented foreign policy gained traction, India has been accorded space in Japan’s strategic constructs.6 His political charisma has worked well in building a personal rapport with world leaders from President Trump to Prime Minister Modi. The optics of Trump-Abe golf diplomacy or Modi-Abe ‘Ganga Aarti’ will remain in public memory in decades to come. While he made good friends across the world capitals, his relations with East Asian leaders were weighed down by nationalism and historical baggage on the heels of the 75th anniversary of the Second World War.

History will also remember Prime Minister Abe’s tenure which oversaw Japan’s transition to the historic Reiwa era following the first succession to the Imperial throne from a living Emperor in two centuries. Moreover, he successfully realised Japan’s Olympics dream until it wasn’t for the global pandemic. However, 2020 did not unfold the way Abe had planned it. This year had a packed schedule for Abe with high profile events including Chinese President Xi Jinping’s state visit to Japan and the 2020 Tokyo Olympics. But the diplomatic calendar suffered due to the global pandemic. In subsequent months, erosion in approval ratings influenced by the handling of the COVID-19 outbreak, in addition to ongoing political corruption scandals, adversely hurt the Abe administration.

Nevertheless, Abe has been a towering political figure in Japan. Leading Japan after Abe will demand statesmanship, political vision, and innovative policy responses. Amidst a pandemic, stable and strong leadership is critical to avoid political dysfunction when dealing with challenges across the spectrum of economics to demographics to national security. As Nagatacho gets ready for a post-Abe leadership and the Liberal Democratic Party (LDP) prepares for an election in September, contenders for the position include Chairman of the LDP’s Policy Research Council Kishida Fumio, former Defence Minister Ishiba Shigeru and Chief Cabinet Secretary Suga Yoshihide.7 Suga, often considered an Abe loyalist and confidant, may garner favourable support in factional politics.8

Irrespective of how the factional politics will shape the post-Abe leadership, Japanese politics cannot afford to slide back to its legacy of revolving-door prime ministers and leadership deficit which will deeply impinge on key policy matters. Sustainable and effective political leadership is indispensable for good governance and in steering the country through its daunting demographic, economic, security and foreign policy challenges in the post-COVID order.

*About the authors: Titli Basu is Associate Fellow at the Manohar Parrikar Institute for Defence Studies and Analyses.

Source: This article was published by the Manohar Parrikar Institute for Defence Studies and Analyses