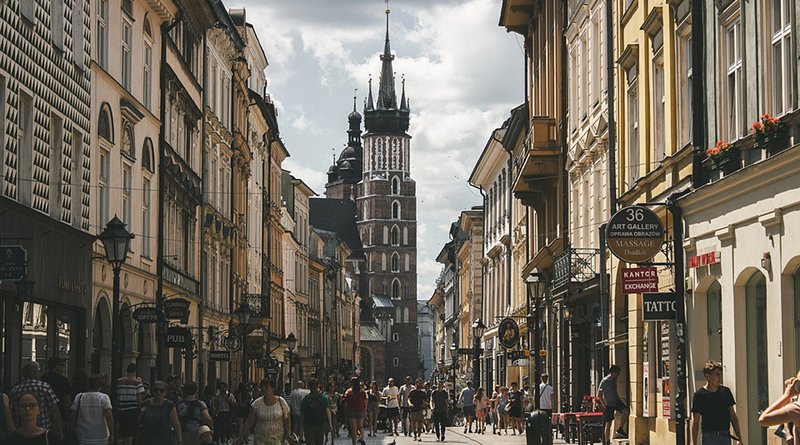 The Polish government has postponed the publishing of a Constitutional Tribunal verdict that effectively bans abortion as its popularity drops and splits in the coalition widen.

The decision not to publish the Polish Constitutional Tribunal’s October 22 anti-abortion ruling, which means the verdict has not taken effect, suggests the government is scrambling to find a way out of the crisis and keep the coalition from fracturing.

The law requires the court’s verdict to be published without unjustified delay and the lack of action on this is being widely put down to panic within the government over how to deal with the mass protests that have gripped the country for almost three weeks. More than 100,000 took to the streets in Warsaw on Friday alone despite a ban on public gatherings due to the coronavirus pandemic.

The decision to delay the publication is being put down to the need for more discussions within the coalition, which is led by Jaroslaw Kaczynski’s nationalist-populist Law and Justice (PiS), but also includes two smaller parties, one of them even more conservation than PiS. “[I]t would be good to take some time for dialogue and for finding a new position in this situation that is difficult and stirs high emotions,” Michal Dworczyk, head of Prime Minister Mateusz Morawiecki’s office, told the media on Monday.

However, with the popularity of the government plummeting and more protests planned, experts say splits are growing within the already-shaky coalition about how best to address the huge opposition to the court’s ruling, which the government clearly underestimated.

“Kaczynski expected there would be some protests in front of the Constitutional Tribunal, but he did not anticipate this scale of discontent,” Patryk Wachowiec, a legal analyst with the Forum for Citizen Development, told BIRN.

Wachowiec says the PiS leadership was certainly the one that decided not to publish the verdict and points out that the party has used this tactic before, during its early years of government when it made its first moves to reduce the independence of the justice system by, for example, unlawfully appointing loyalist judges to the Constitutional Tribunal.

“There is no way to legally challenge the decision not to publish the verdict,” Malgorzata Szuleka, a lawyer at the Helsinski Foundation for Human Rights, told BIRN. “Back in 2015-2016, we had to wait even one year and a half to see a verdict published in the official journal.”

In the meantime, Szuleka says that as long as the verdict remains unpublished, the 1993 law allowing abortions in three separate cases – if the women’s life or heath is at risk, if the pregnancy is a result of rape or incest, or if the foetus is malformed or severely sick – stays in place.

What happens now, though, is unclear.

Publish and be damned

Szuleka says that if the verdict is eventually published, parliament does not have to do anything more for it to take effect, which would see abortions in cases where a foetus is diagnosed with a serious and irreversible birth defect (which account for 98 per cent of legal abortions in Poland) banned.

Atypically, she points out, the Constitutional Tribunal has simply struck down a provision in the law without actually issuing a justification of its ruling that would indicate to parliament how to fix the unconstitutional aspects of the abortion law.

Since the court’s decision was made public, elements of PiS have indicated that they would prefer a “softer” version of the tightening of the abortion law than what it decided. According to Wachowiec, Kaczynski himself would have preferred a different type of verdict, one that restricted legal abortion but allowed the political leadership to determine precisely which cases should be banned and which allowed.

The solution for PiS, then, is a new abortion law, except that the ruling party does not have the necessary political backing to get one passed. Monday’s statement by the head of the prime minister’s office appears confirmation that PiS is taking time to build alliances, though experts say there no guarantee of success in sight at the moment.

On the one hand, the more conservative faction of the ruling party wants to see the Constitutional Tribunal’s verdict implemented as it is (these are the same PiS parliamentarians who asked the court to rule on the matter in the first place). They are backed by the hardliners in the ultra-conservative United Poland party of Justice Minister Zbigniew Ziobro. On the other hand, PiS leader Jaroslaw Kaczynski cannot be sure of the support of the third coalition partner, the Agreement party of the more centrist Jaroslaw Gowin. Nor can he count on the backing of conservative parties from outside the coalition, which are looking to score political points on the back of the crisis within PiS.

Last Friday, in response to the protests, President Andrzej Duda took it upon himself to present a “compromise” solution, in the form of a draft law that would ban abortions in the case of a foetus diagnosed with Down syndrome, but allow it in cases where the baby would die at birth or soon after. That proposal was supposed to be debated by the parliament on Tuesday, except PiS decided to postpone the Sejm’s session by two weeks – a break which party members claimed was due to the pandemic.

With street protests continuing for a second week, leaders of Ogólnopolski Strajk Kobiet (Polish Women’s Strike) – the informal network coordinating the protests – on Monday announced the composition of a newly created “consultative council”, which they say is modelled on the Belarusian main opposition structure. Predicting the collapse of the government, this council says its role will be to channel street anger into concrete proposals on how to “exit from the swamp” once PiS is gone.

While the protests were prompted by the abortion ruling, people on the streets quickly moved to demand the resignation of the government, as the abortion verdict was seen as just the latest in a long line of abuses of democratic processes and institutions by the ruling party.

The “consultative council” is so far made up of around 20 individuals, mostly women but also some men, including former pro-democracy fighters, academics, unionists and young activists. They have so far identified several areas where proposals would be formulated, including not only in reproductive rights, but also in the rule of law, LGBT rights, the separation of church and state, workers’ rights, the climate, the pandemic and the health system. The protest leaders have committed to keeping the “consultative council” open for expansion and will work collectively on the proposals with any interested members of the movement.

Speaking on Tuesday night during an online debate hosted by Collegium Civitas about the future of the protests, Marta Lempart, leader of Women’s Strike, suggested that it was important to have these proposals ready in the eventuality of the PiS government collapsing, which she considers a distinct possibility given the multiple crises the pandemic has highlighted.

“It’s good for us what is going on. The same way that the plan to tighten the abortion law via the Constitutional Tribunal president’s declaration has failed, the plan to tighten it using Duda’s proposal will also fail,” Lempart declared. “They are on the defensive… and we have time to rearm.”

Wachowiec says the drop in the ruling party’s popularity – a Social Changes survey for the wPolityce.pl web portal found support for PiS was down 7 per cent from the previous study – means the government will come under further pressure over the next few months

“Primarily, it’s because of the pandemic situation and people noticing how unprepared the government was and how it’s improvising day after day,” said Wachowiec. “But it’s also because of Brussels, as the [European] Commission is taking the next steps on infringement procedures related to the justice system, while the [EU] Council and Parliament have agreed that the rule of law conditionality wording on the next EU budget will be tougher than Prime Minister Morawiecki imagined.”