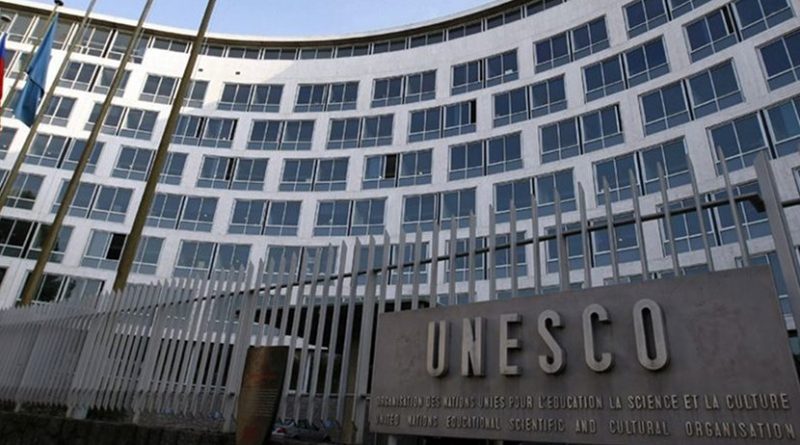 The campaigns are now in full swing for the selection of the United Nations Educational, Scientific and Cultural Organization (UNESCO) new director general. This is no small matter since the World Heritage Committee and the director is chosen every four years; together, they decide the fate of the world’s natural and human-made wonders in greatest need of protection.

A committee, comprised of 21 members, who are elected by the General Assembly, decides upon inscribed heritage designations. Established in 1945, UNESCO is the leading agency in the United Nations’ system dedicated to education, culture and communications, information, and natural and social sciences.

The organization’s impressive conservation efforts of world sites include the relocation in 1954 of the ancient Egyptian twin Abu Simbel temples, once carved out of a mountainside in the 13th century BC on the orders of Pharaoh Ramses II, and later rescued from the floodwaters of the Aswan Dam at a cost of $80 million. This project has been followed by other high-profile international conservation efforts like the heritage recognition of Venice, the ruins of Mohenjo-Daro in Pakistan’s Indus Valley, and even the extraordinary Monarch Butterfly Biosphere Reserve in Mexico, where at least one billion butterflies winter each year.

The first World Heritage Conference dates back to 1972. It was built on the idea of America’s national parks system, established to protect a wild landscape before it disappeared.  The next treaty, the Convention for the Safeguarding of Intangible Cultural Heritage, appeared in 2003. It was meant to defend traditions, not places, and is more controversial.

Almost 188 nations have ratified the first convention and to date there are now 1073 World Heritage Sites located in 167 nations. Of these, 832 are cultural, 206 natural, and 35 mixed properties. Each year there’s a historic beauty pageant among possible sites, like the following from 2017: Aphrodisias, a third century Greco-Roman archaeological site in southwestern Turkey; the temples of Sambor Prei Kuk in Cambodia, heralded for their natural forests and birds; and the Los Alerces National Park in Argentina, noted for protecting some of the last stands of the native Patagonian forest.

According to the UNESCO website, China leads the world in heritage sites with 52, surpassing Italy’s 51, followed by Spain (46), France (42) and Germany (41). In Southeast Asia, Indonesia and Vietnam lead with eight sites each, followed by the Philippines with six and Thailand with five.

The contest to select a new director general

Some UNESCO sources contend that the competition for this new position weighs heavily in China’s favor since their nominee, Qian Tang, is currently Assistant Director General for Education. This favoritism is not because his credentials outweigh others, but mainly attributed to China’s globalization and financial largesse. It also helps that China is now the leading exporter of cultural goods, followed by the United States. In 2013, the total value of China’s cultural exports was $60 billion; more than double of the U.S. at $27.9 billion according to a report from the UNESCO Institute for Statistics.

As part of the increasing wider struggles against the global pressures for the commercialization of culture, the UNESCO Convention on the Protection of the Diversity of Cultural Expressions was framed in 2005. It would be a mistake to interpret China’s earlier attempts to draw on the UNESCO Convention on Cultural Diversity in disputes with America’s film industry as part of a strategy to “protect” culture from the market, or as an expression of sentiments about “cultural imperialism.”

As China’s international clout increases, their cultural campaign is widely seen in the proliferation of Confucius Institutes, now approaching 455 worldwide, that serves Beijing’s ideological objectives and seems in direct opposition to UNESCO’s principles.

Vietnam’s Pham Sanh Chau is among the top nine final candidates. He’s an assistant foreign minister and has served UNESCO for more than 18 years. He remains in active service, including two different posts as ambassador and as secretary general of UNESCO’s National Commission for two terms. His candidacy reflects Vietnam’s rich and evocative history, their impressive economic gains and international rehabilitation of a once war-torn country, now at peace and an active and responsible member of ASEAN and host country for this year’s Asia Pacific Economic Conference (APEC).

To many, Vietnam is a success story, not only in terms of national construction, economic development, but also especially in the valued UNESCO principles of heritage preservation and literacy development fueled by an educational reforms. Pham knows that the UNESCO heritage recognition is never about driving tourism but rather demonstrating an “outstanding value to humanity.” He claims that UNESCO has made significant contributions to the preservation of Vietnam’s culture, heritage, education, and freedom of expression.

Other candidates like Egypt’s Ms. Moushira Khattab also received high marks and she is actively touring a number of countries that are members in the UNESCO executive board. She was formerly a part of the administration of former Prime Minister Ahmed Shafiq in 2011. She is framing her role and candidacy around a greater tolerance in the Middle East and has stated,“From the Middle Ages, Egypt has a history of bringing together Jewish, Christian, and Muslim scientists, and that is what UNESCO needs to do.”

The 58 members of UNESCO’s executive board hold their 202nd session from October 4 to 18, chaired by Ambassador Michael Worbs of Germany at UNESCO’s Paris headquarters.

Voting for a candidate starts on October 9 and will be conducted by secret ballot. A majority is required to win the nomination. All nominees know that UNESCO is not free from controversy. In a closer examination of these two candidates, China’s Tang’s deficits include an inability to speak French and China already occupies many executive positions across the UN system.

Some of UNESCO’s sites are not without controversy, like the 19th-century Valongo Wharf in Rio de Janeiro, where slaves were traded. Archaeologists and construction companies discovered mass graves attributed to this bitter and dark portrait of slave trade. The UNESCO website reveals: “ From a historic point of view, this is a testimony to one of the most brutal episodes in the history of mankind.” The implication is that these unearthed mass graves offer not only bitter traces of that era’s dark past but also a moral justification for the designation.

In another contentious decision, UNESCO approved China’s request for special recognition for a vast, traditionally Tibetan region known as Hoh Xil or Kekexili, that is part of the high-altitude plateau in Qinhai Province roamed daily by nomads. Advocacy groups, and NGOs like The International Campaign for Tibet, challenged the inclusion of this place and unsuccessfully argued that it would only serve to bolster Chinese efforts to resettle tens of thousands of Tibetan nomads into villages.

Furthermore, more global UNESCOs critics believe this decision violates the values and guidelines of the international cultural organization and will only accelerate the severe dilution of the site’s centuries-old Tibetan cultural heritage and their way of life.

After celebrating UNESCO’s approval of the Kekexili National Nature Reserve in Qinghai Province and the Gulangyu, a pedestrian-only island off the coast of Fujian province, as world heritage sites during its World Heritage Committee session in Poland earlier this summer, a Chinese official admitted in state media that many of its now 52 world heritage sites receive poorer protection after being listed, since the designation seems to encourage tourism over the protection of cultural relics.

The final decision of who will be UNESCO’s new  executive director to replace Irina Bokova at the end of her second term will be officially announced on November 10. By all accounts, Bokova’s record has been exemplary despite having to deal with the withdrawal of US funding from the organization.

Of course, the global organization has many critics. “UNESCO’s elevated and idealistic sense of purpose—constructing “defenses of peace” in human minds—often does not translate well into a pragmatic set of goals and strategies. The broad mandate allows the organization to take on a variety of issues, often with little underlying connections and meager resources,” claims J.P. Singh, professor of Global Affairs and Cultural Studies at George Mason University in Virginia.

There remain many 21st century challenges for the next director overseeing 2,100 staffers, with half based in Paris and the others scattered throughout 58 field offices worldwide, and responsible for an annual operating budget averaging nearly $2.5 billion.

In an assessment of dark horse candidates, it’s noteworthy that Vietnam has assumed vaulted roles in UNESCO since it is a member of the Executive Board and of the World Heritage Committee that determines the sites to be listed annually.

With more than 1,000 historical and natural sites in the world, UNESCO has recognized the importance of Vietnamese culture through the classification of eight sites for their unique architectural, historical, and natural value for mankind. Some of these include: Hue monuments, Ha Long Bay, Hoi An, My Son Sanctuary and Phong Nha-Ke Bang National Park, to name but a few.

Despite its proximity to China, Vietnam’s distinct social and cultural heritage reflects their independent spirit and this may be evident when the UNESCO final votes are counted.