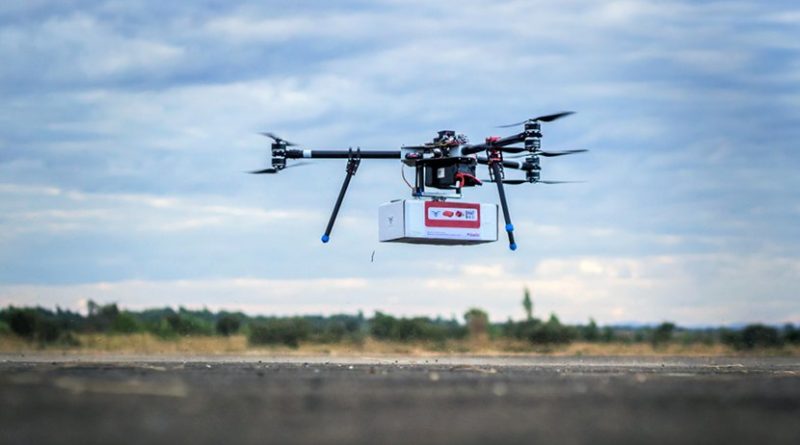 New technologies present regulatory questions. This is no less true of technologies deployed in humanitarian settings. But disaster contexts raise unique regulatory challenges. Addressing them requires balancing competing imperatives while maintaining the flexibility that is crucial to emergency response.

In Nepal, at the time of the twin earthquakes in 2015, there were no local laws governing the use of Unmanned Aerial Vehicles (UAVs). Concerns quickly arose about their responsible deployment in the disaster response. Despite positive NGO communication about their use for identifying resources and survivors, the Nepali authorities ultimately placed severe ad hoc restrictions on UAVs.

This followed fears that they were flying too close to security installations and historical sites, and posed a risk to approaching aircraft. Those regulations included restricting flying time to 15 minutes and travelling no further than 300 metres from the pilot, and introduced no-fly zones over houses. These significantly undermined the realisation of UAVs’ potential.

Safety Regulations Ahead of Deployment

UAVs are not the only new technology being trialled for humanitarian purposes that raise regulatory questions. Additive manufacturing – also known as 3D printing – has been used to create oxygen splitters, medical waste containers, and even customised prosthetic limbs. Both of these sectors – medical and airspace – are stringently regulated by states for obvious reasons of public safety and security.

For these and other new technologies to contribute to disaster response to their full potential, any regulatory questions relating to their use must be identified and clarified ahead of their deployment.

Several examples of regulatory codes already exist. Most countries have instituted quality control regulations for medical paraphernalia, but need to clarify how they intend to apply this to additive manufacturing of such items. For UAVs, two prominent examples are the NATO Unmanned Aircraft Systems Airworthiness standards, and the European Aviation Safety Agency Policy Statement on Airworthiness Certification of Unmanned Aircraft Systems.

The UAViators Code of Conduct – produced by a community of private UAV users interested in the use of UAVs in disaster response – provides an excellent baseline for policy-makers considering the conduct of UAV operators.

Efforts at regulation have faced two significant challenges. First, there is a tendency to use different classification criteria in establishing rules. This complicates compliance, especially for international organisations seeking to deploy assets in different jurisdictions. A standardised classification system would speed technologies’ entry into the country and ultimately their deployment in the field.

Second, in places where rules already exist, there is a reflex to over-regulate and create unnecessary burden. The Nepal earthquake example given above illustrates this well, but it also appears in more established UAV regulatory environments, like the US. Airspace considered sensitive for UAVs, such as around military installations or critical infrastructure, needs to be defined ahead of any disaster, and appropriate balances struck between keeping them secure and properly facilitating disaster response.

Similarly, the level of customisability allowed by additive manufacturing (3D printing), which is one of its major advantages in disaster settings, makes regulating quality assurance complicated. Without clarity, private sector companies are reportedly reluctant to use the technology in their own work, a hesitation that could equally encumber disaster responders.

Any regulation must bear in mind the need to maintain flexibility. Past experience demonstrates that this is critical for realising the potential of new technologies. Volunteer and technical communities designed and produced far more innovations in the aftermath of the 2010 earthquake in Haiti than aid agencies were able to handle.

One key lesson learned was the need for a design cycle capable of fostering the operational flexibility required to incorporate new ideas into programming during a disaster response. The high pressure environment and need for quick decision-making already make it difficult to achieve that flexibility, and technology regulation could complicate it further if not done in a way cognizant of this competing imperative.

The pragmatic importance, and the moral difficulties, of this flexibility are exemplified by the additive manufacture of umbilical cord clamps during that same disaster in the Haitian capital, Port-au-Prince. Aid workers were acutely aware that the conditions in which they were manufacturing the clamps did not match the level of sterility usually required in the production of these instruments.

However, in the absence of their clips, medical workers are reported to have been using string, and even shoelaces, to tie the freshly cut umbilical cords of new-borns, as there was nothing else available. The 3D-printed clips were an unquestionable improvement on this and were thus considered “good enough” in the circumstances despite their failure to meet recognised hygiene standards.

Consider the collection of data through UAVs, or mobile phone records, or medical information, and the implications on privacy: when are privacy protections “good enough?” These balances are evidently extremely difficult to strike, in particular when they are being made by humanitarian workers who themselves will not bear the consequences of “unhygienic” medical instruments or inadequate privacy protocols.

The importance of these questions for the successful and ethical realisation of new technologies’ potential in humanitarian settings is plain. Governments, following adequate consultation with humanitarian and other relevant stakeholders, likely including military, aviation, medical and civil society representatives, need to be able to provide clarity to humanitarian responders working within their respective jurisdictions.