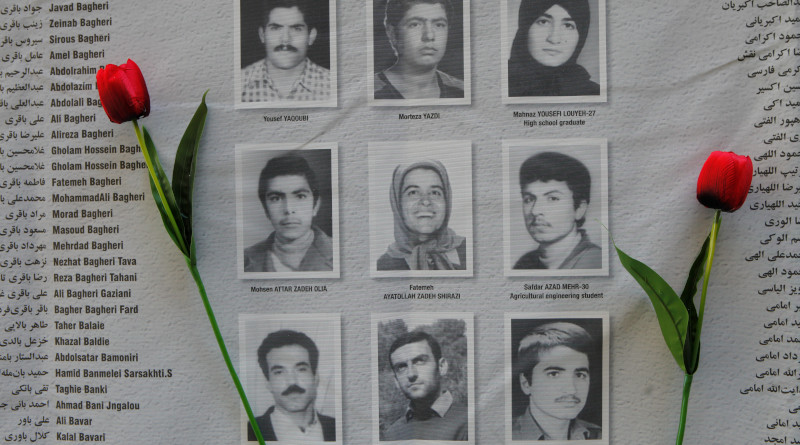 Followed by the order of Ayatollah Khomeini around July 1988, 30,000 political prisoners in Iran were executed. The hot summer of 1988 in Iran reminds us one of the most horrific massacres after the second world war.

A shock wave that even today 32 years after one cannot imagine the devastation of pain and sorrow that Iranian people went through. More than 30,000 political prisoners with vast majority member or supporter of an organization called PMOI/MEK were massacred.

The research of Amnesty International shows that the Iran officials called thousands of political prisoners from different spots of the country and moved them elsewhere in an organised manner. There has been nothing heard from most of these prisoners.

Survivors of the 1988 summer have mentioned that after the call of the prisoners, they were blindfolded and taken to interrogations in front of committees which had members from sharia rulers and representatives of prosecutor’s office and ministry of intelligence. These committees were later named “death committees”. Their working procedure was so hasty and intractably that it could be hardly considered real legal process.

These are some of the questions that the Death committees asked the prisoners before their destiny was decided:

Forty-two years of Islamic Republic of Iran’s history has shown that this regime would commit big massacres to survive whenever its remanence is under question. The massacre of 1988 is such an example.

People’s Mujahedin (MEK/OMPI) of Iran which was established during the Pahlavi time, were Muslims with a modern and progressive view on Islam. They believed in the separation of religion and government and in political pluralism. They defended equality of rights between men and women and for this reason, young girls from high schools and universities massively joined them.

The newly established Islamic Republic, with its basis in religious medieval dogmas, suddenly encountered the reality that the younger was increasingly turning to the Peoples Mojahedin Organization that specifically challenged ideologies of the old Khomeini. This is the reason of the enmity and hostility of the old Khomeini with Mojahedin, and the massacre of the prisoners, and the chase and execution that has been going on for years. Khomeini recognized Mojahedin as his negation.

This was happening in the time that Iran had to accept the ceasefire after an eight-year-long war that resulted in two million death and injury. According to Islamic Republic itself, this peace was a poison hemlock. The regime officials had said that if Mujahedin are released from prisons, they will join the organisation for a regime change.

Although what is obvious, is that the release of these Muslims and non-Muslims after the war could become a strong motivation for fighting for demands and freedom of people that was repressed for years.  Yet Khomeini survived this crisis with his historical order.

Iran’s regime is always trying to demolish the remanences of the mass graves. So far 59 mass graves have been found and reported. It is because the young generation is hanging to that historical point, without even having read that page of the history. This point is a motivation motor for the youth in their protests for unemployment and lack of justice and the repression of women and lack of secularisation.

Khamenei in his speech about the riots of 2019 that resulted in the death of at least 1500 young riots said that the cause of these riots was Mojahedin. Mojahedin did not deny this and are still prompting formation of riot circles for the final confrontation with the Islamic Republic. And this war continues.

Home » Iran: A War Over Everything – OpEd