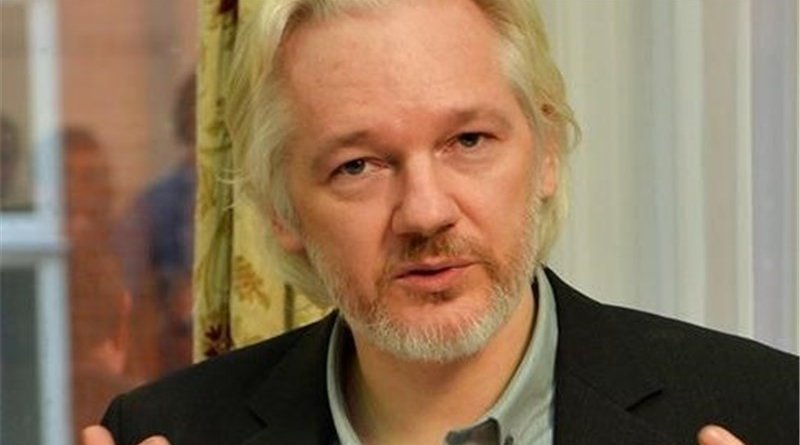 Speculations about a presidential pardon for the whistleblower Edward Snowden, who leaked National Security Agency’s classified information to the press in 2013, have grown since last month after Donald Trump commented on the case in an interview [1] with The New York Post on August 13. “There are a lot of people that think that he is not being treated fairly,” Trump said in the interview, “I mean, I hear that.”

At another occasion, during a news conference at his golf club in Bedminster, New Jersey, Trump said: “There are many, many people — it seems to be a split decision — many people think that he should somehow be treated differently and other people think he did very bad things, I’m going to take a very good look at it.”

What lends credence to the speculations that Edward Snowden could be granted a presidential pardon is the fact that a US Court of Appeals held the National Security Agency’s (NSA) program, leaked by Snowden, illegal last week [2], thus implicitly acquitting Snowden of any wrongdoing.

Top US intelligence officials had publicly insisted the NSA had never knowingly collected data from private phone records, until Snowden exposed evidence to the contrary in 2013.

But on Wednesday, September 2, the Court of Appeals said the claims were “inconsistent with the contents of the classified records” and the program had violated the Foreign Intelligence Surveillance Act. The ruling, however, will not affect the 2013 convictions of the financiers of the al-Shabab militants.

Following the court ruling, Edward Snowden felt vindicated and jubilantly tweeted: “I never imagined that I would live to see our courts condemn the NSA’s activities as unlawful, and in the same ruling, credit me for exposing them, and yet that day has arrived.”

The case of Wikileaks founder Julian Assange is more complicated since after serving a 50-week sentence for skipping bail, he is being kept in the high-security Belmarsh prison where his health is deteriorating. He appeared before the British Old Bailey Court today, September 7, for the hearing of a US extradition request, where fresh charges were brought against him. He had already been indicted by a grand jury in the US on 18 counts of violating Espionage Act and could serve up to 175 years in prison if convicted.

Nevertheless, Donald Trump is personally indebted to the Wikileaks for exposing the lies and deceits of Hillary Clinton, when she served as then-President Obama’s Secretary of State from 2009 to 2013, in the run-up to the 2016 US presidential elections.

In fact, in a November 2018 article titled “Manafort held secret talks with Assange in Ecuadorian embassy” [3] by the Guardian newspaper, the author of the report Luke Harding alleged that Donald Trump’s former campaign manager Paul Manafort held secret talks with Julian Assange inside the Ecuadorian embassy in London in 2013, 2015 and in March 2016, and was offered pardon in exchange for helping Trump campaign defeat Hillary Clinton in the 2016 US presidential elections.

It bears mentioning that unlike dyed-in-the-wool globalists and interventionist hawks, such as Barack Obama, Joe Biden and Hillary Clinton, who cannot look past beyond the tunnel vision of political establishments, it seems that pacifist and non-interventionist Donald Trump not only follows news from conservative mainstream outlets, like the Fox News, but is also familiar with alternative news perspectives, such as Breitbart and New York Post, though belonging to alt-right American libertarian movement.

The biggest hurdle in pardoning the whistleblowers and pursuing a non-interventionist foreign policy to appease Trump’s alt-right electoral base has been the American deep state, led by the State and Defense department bureaucracies.

Regarding the foreign policy, a clear schism between the White House and the American deep state, led by the Pentagon and the State Department, was evident throughout Trump’s four-year tenure. After being elected as the US president in January 2017, Donald Trump delegated operational-level decisions in the Middle East’s conflict zones, such as Afghanistan, Iraq and Syria, to the Pentagon.

Former Secretary of Defense James Mattis and former National Security Advisor H.R. McMaster represented the institutional logic of the deep state in the Trump administration and were instrumental in advising Donald Trump to escalate the conflicts in Afghanistan and Syria.

They advised Trump to substantially increase the number of American troops deployed in Afghanistan, and in Syria, they were in favor of the Pentagon’s policy of training and arming 30,000 Kurdish border guards to patrol Syria’s northern borders along Turkey.

Both the decisions backfired on the Trump administration. The decision to train and arm 30,000 Kurdish border guards infuriated the Erdogan administration to the extent that Turkey mounted Operation Olive Branch in the Kurdish-held enclave of Afrin in northwest Syria lasting from January to March 2018.

It was the second military operation conducted by the Turkish armed forces and their Syrian militant proxies against the Kurdish-held areas in northern Syria. The first Operation Euphrates Shield in Jarabulus and Azaz in northern Syria lasted from August 2016 to March 2017, immediately after the foiled coup plot against the Erdogan administration in July 2016.

Nevertheless, after capturing Afrin in March 2018, the Turkish armed forces and their Syrian jihadist proxies mounted Operation Peace Spring in October 2019 and occupied a 30 kilometers deep stretch of land between Tal Abyad and Ain Issa in northeast Syria.

Thus, it didn’t come as a surprise that Trump replaced H.R. McMaster with John Bolton as National Security Advisor in April 2018 and Bolton too was sacked in September last year. Similarly, Secretary of Defense James Mattis also tendered his resignation in December 2018 over President Trump’s announcement of withdrawal of American troops from Syria following the defeat of the Republican Party candidates in the US midterm elections in November 2018.

In fact, Trump’s entire national security team remained a liability for him during his tenure as president, hampering his efforts to disengage from global conflicts. Nevertheless, he has grown more confident and assertive in the last year of his presidency.

In July, the Trump administration announced plans to withdraw 12,000 American troops from Germany and sought to cut funding for the Pentagon’s European Deterrence Initiative, though the main factor that prompted Trump to pull out American forces from Germany was German Chancellor Angela Merkel’s refusal to attend G-7 summit in person due to coronavirus outbreak. The summit was scheduled to be held at Camp David on June 10 but was cancelled. About half of the troops withdrawn from Germany were re-deployed in Europe, mainly in Italy and Poland, and the rest returned to the US.

Besides withdrawing 12,000 troops from Germany, the Trump administration has also pledged to scale down American troop presence in Afghanistan after reaching a peace deal with the Taliban on February 29. The United States currently has about 8,600 troops in Afghanistan, and plans to cut its troop levels in Afghanistan to “a number less than 5,000” by the end of November, Defense Secretary Mark Esper announced in August, before the complete withdrawal of US forces from Afghanistan by April next year, as stipulated by the terms of the peace pact reached with the Taliban at Doha, Qatar.

Finally, after liberating Mosul and Anbar from the Islamic State in Iraq in July 2017 and Raqqa in Syria in October 2017, the Trump administration has decided [4] to reduce the number of American troops deployed in Iraq from current 5,200 to 3,500 troops in the next three months.

Similarly, before the evacuation of 1,000 American troops from northern Syria last year, the Pentagon had 2,000 US forces in Syria. After the drawdown of US troops at Erdogan’s insistence in order for Ankara to mount a ground offensive in northern Syria, the US has still deployed around 1,000 troops, mainly in oil-rich eastern Deir al-Zor province and at al-Tanf military base.

Home » Will Trump Pardon Snowden And Assange If Re-Elected? – OpEd